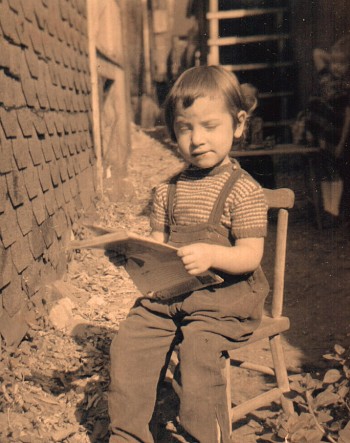 A while ago, I wrote about the S-curve in publishing, an ecological phenomenon applied to the book industry.

Earlier this year, SF author and fellow Canadian Cory Doctorow cited several reports on his blog BoingBoing suggesting that “young readers generally prefer to read books from paper, not screens.” More than that, he adds, “they find ebooks and printed books complementary.”

I’m an ecologist and this makes sense to me. It comes down to niche-partitioning. Every organism occupies a niche, which can be defined as that organism’s “job” in its ecosystem; so niche-partitioning is a way for organisms to co-exist cooperatively—rather than competitively and exclusively—by apportioning or segregating various jobs or roles in an ecosystem. It’s a bit like syndicalism vs. capitalism, in which functional, rather than territorial precepts are used.

“The future composts the past,” says Doctorow. “The advent of films made it possible for performances that couldn’t work onstage to be born and it moved all the plays that were uncomfortable fits onstage to the screen. What it left behind were plays that were more like plays—and a theater industry that’s still going strong, even if it’s dwarfed by the screen.” He’s talking about niche-partitioning here.

I generally find that ebooks are convenient for my mobile lifestyle. I’ve recently adopted an itinerant, gypsy life from my former “nesting” days. My family has grown up and left the nest and I’ve gone “walkabout”. My giant library of print books had to find good homes, rather than travel with me to all parts of the world. I keep a collection of virtual books on my device for reference (like a dictionary). I also find ebooks a good option for a one-off read—something I can get cheap and read without needing to “befriend” and keep.

I treasure my few printed books, both reference and story. My reference print books are underlined and marked and worn from being used over and over again. Printed books are best for protracted reading and comprehension. You want a print book when you wish to delve deep into “story” and relax.

As with the theatre becoming more theatre-like, Doctorow adds that, “books are becoming more book-like. Books that work best as e-books—for example, big reference books; but also short works that are too slight to rest comfortably on their own between covers—are moving to e-book-land. Things that are produced as printed books have passed a test in which someone has asked, Is there an important reason for this to exist in print, instead of exclusively onscreen? ”

I talked about this in my article The Future of Books on the blog The Passionate Writer: “print books will become the epitome of publishing value and worth. Already coveted by collectors whose libraries will represent the best of the best in the literary world, print books will come to represent the highest status in literature. Only the best stories will endure as print books; perhaps only the ‘best book’ will even be published in print form. Its existence in print form will define its literary value.” Niche-partitioning, like I said…

In an article called Why Digital Natives Prefer Reading in Print. Yes, You Read That Right, Washington Post reporter Michael S. Rosenwald reported that, “Textbook makers, bookstore owners and college student surveys all say millennials still strongly prefer print for pleasure and learning, a bias that surprises reading experts given the same group’s proclivity to consume most other content digitally.”

Rosenwald adds, “The preference for print over digital can be found at independent bookstores such as the Curious Iguana in downtown Frederick, Md., where owner Marlene England said millennials regularly tell her they prefer print because it’s “easier to follow stories.” Pew studies show the highest print readership rates are among those ages 18 to 29, and the same age group is still using public libraries in large numbers.” Rosenwald adds, “And it can be seen most prominently on college campuses, where students still lug backpacks stuffed with books, even as they increasingly take notes (or check Facebook) on laptops during class. At American, Cooper Nordquist, a junior studying political science, is even willing to schlep around Alexis de Tocqueville’s 900-plus-page “Democracy in America.”

I’ve noticed the same phenomenon at the University of Toronto campus where I teach. Rosenwald writes about Frank Schembary, a young student who loves books—printed books. He loves how they smell. He loves scribbling in the margins, underlining interesting sentences, folding a page corner to mark his place. “I like the feeling of it,” says Schembary, reading under natural light in a campus atrium, his smartphone next to him. “I like holding it. It’s not going off. It’s not making sounds.”

Naomi S. Baron, an American University linguist who studies digital communication, wrote a book Words Onscreen that reported her studies of students’ reading patterns. She found, along with other studies, that readers tend to skim on screens. Her favourite response to her question of what students disliked the most about reading in print was: “It takes me longer because I read more carefully.”

Students prefer digital for science and math subjects, where they also have access to online portals and resources linked to their subject matter and assignments.

Niche partitioning makes the world go round. Now, if we can only use its logic in economic systems.

Judge books by their cover?  Everyone does it.  That’s why – and despite the mis-marketing, agenting “horror stories” (both artist and author) and egregious lack of talent (cover-wise) – books and yes, magazines, still get judged by how well their covers make money for publishers, or (as in this case) attract (or repulse) members of […]

How many of these forbidden books are you guilty of reading?

THE STATE OF AMAZING