Home Film/Televison Avengers 2 Heralds the End of an Empire 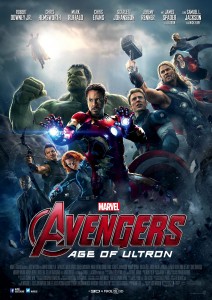 Greetings to all the amazing fans that visit this website on a daily basis. I have just returned from an extended absence to find the science fiction world practicing its annual rites of disagreement.

I must confess that the squabbles over Hugo voting bother me much less than the signs of the suddenly dying superhero movement. I’m trying not to panic.

Some of you may already know that I’m a huge fan of the superhero age in Hollywood. Caped crusaders and masked avengers are keeping Tinsel Town afloat.

Like many others I snuck out over the weekend for the latest installment of the Marvel franchise. I was alarmed by what I saw.

The truth is that I enjoyed Avengers: Age of Ultron, but in the process, I caught a glimpse of the man behind the curtain. I think he might be bleeding out.

Hollywood owes Stan Lee and Marvel for keeping the buzz alive for opening night. They continue to pack the Cineplex with warm bodies, willing to pay their hard earned cash to catch a sneak peek of what they will watch dozens of times on television, Netflix, and DVD for the rest of their lives.

As with any empire, it can never last. For every story and every empire there must be a beginning, a middle, and an end. The latest Avengers film officially heralds the midpoint in the superhero empire. The end is just over the horizon.

Marvel has masterfully crafted an ongoing storyline that threads between various movies. Some theater chains even managed to show all 13 official movies in the series in a truly taxing movie marathon. True believers could pay for the right to sit through 27 straight hours of superhero greatness. If their hearts remained beating after the marathon, perhaps they too were ready for a break. 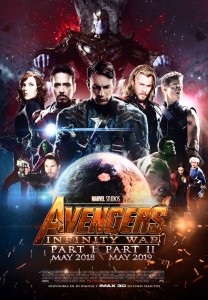 You see, the greatness of the Marvel franchise will also be its undoing. Avengers 2 is entertaining and filled with amazing effects, but it is a middle. It is building towards that endgame that every Marvel film points to: The Infinity War.

Some casual fans may not realize this, but slowly at the end of the credits and through casual dialogue and scenes, every film is building towards the final two Avengers films.

The first Avengers film was off the charts good. I found myself wondering how they would ever be able to match it or, dare I say, top it. Alas, they didn’t. Avengers: Age of Ultron was a step back. It was a deceleration as we get closer to our destination. It was filler to get us to the third act of this epic superhero crossover.

The X-Men series kickstarted the age of superheroes, but it has meandered along in mediocrity for some years now. The studios are working on a reboot of the franchise in a fashion similar to the time warping reboot of the Star Trek franchise. We can only hope they pull it off.

Spiderman has been rebooted, but that train is about to crash into the station. The studios are desperately attempting to jump behind the controls and save it. They have undertaken what amounts to the Jedi and Sith signing a peace treaty. Two opposing studios have worked out an agreement that will “loan out” Spiderman to the Avengers. It is unclear exactly how this will manifest.

Some might consider this partnership Marvel’s attempt to jump the shark. 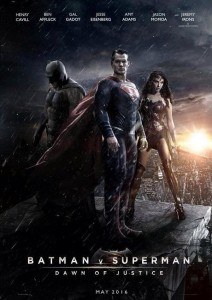 The Batman franchise tailed off in the third installment of the trilogy. Now the filmmakers are attempting to spark an Avengersesque launch of the Justice League. Batman v Superman: Dawn of Justice promises to be a brave new world for DC Comics. I’m hopeful it is good, but I personally have not enjoyed a Superman film for decades.

The Fantastic Four never got off the launchpad. Disney-owned Marvel is pushing a reboot of the series. It, like the Spiderman reboot, is looking for youth to save the day. The four fantastic heroes have grown much younger, and the studios hope, more entertaining.

Outside of the Avengers-related films, the superhero films have been dipping. Even Iron Man 3 was a drop in quality from the first two Iron Man films. The box office would say something different, but the true believers know the score.

If 13 films and counting have been working towards Avengers: Infinity War, what happens after the war is over? The actors playing our favorite superheroes will ride off into the sunset with their pocketbooks jingling from all the money they’ve made. What will the desperate fans be left with?

Marvel is scouring its dusty comic book collections for the next big thing. Last summer they struck gold with Guardians of the Galaxy. It also links into the Infinity War.

This summer they are launching Ant-Man. We can only hope it is half as good as Guardians. Raise your hand if your storage boxes are filled with Ant-Man comics.

The clock is ticking on the age of superheroes. The comics have been around for decades, but never in their history have they been as all-consuming as they are now. Perhaps we can see the edge of the empire.

Disney paid $4 billion for the franchise. They had dreams of releasing multiple films each year until time itself stopped. If the Mayan calendar and Y2K did not signal the end of society, perhaps the Infinity War will.

Superhero fatigue is overdue. The studios are in for the fight of their lives. In anticipation, Marvel has landed replacement directors to head the final two Avengers films. I hope they can pull it off.

The age of superheroes is grinding through act two. The final act will arrive in 2019. Will it bring an end to an era?

I can already picture what the Avengers reboot will look like. It doesn’t look pretty. I suppose all good things must come to an end. I just hope we can bask in the sunlight for a bit longer.