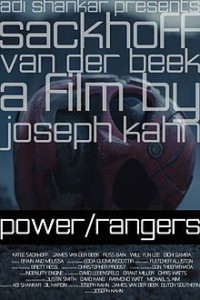 Holy crap! Did you guys see Joseph Kahn and Adi Shankar’s Power/Rangers? It was awesome! Its a Power Rangers fan film where the Machine Empire has conquered Earth and the Power Rangers have disbanded. We see Rocky (James Van Der Beek) interrogating Kimberly (Katee Sackhoff) about the location of Tommy, who is suspected of murdering former Rangers. It has Tarantino-esque violence and a frank look at what happens after child soldiers no longer have a war to fight. It was funny on a dark level and even worked in references to the real lives of the original actors. Critics have praised this “dark and gritty reboot” and fans everywhere have said this is the Power Rangers remake they want to see.

But are they right? Is this really the Power Rangers film we need?

Not everyone liked the fan film. The copyright holder of the Power Rangers, Saban, did get the film temporarily removed from Vimeo and YouTube. They cited copyright concerns, but in all honestly they probably don’t want their upcoming live-action reboot to have to compete with this fan film (which brings up so many other issues we can have a whole other discussion about that). Jason David Frank, the original Green Ranger, perhaps had a more legit reason for not liking the film. He said that the Power Rangers at its core is a franchise for both kids and adults. Thus when creating anything related to the Power Rangers you have to keep the content friendly to all ages and not focus on the adult demographic.

Our post-9/11 world is full of dark and gritty television and films. Gone are the days of summer blockbusters like Independence Day, where aliens can destroy whole cities, but humanity has yet to give up and all it takes is a ragtag group of heroes to save the day. Today our art reflects our bleak view of the present and future, with certain exceptions like Guardians of the Galaxy. With this current tone in our entertain, even our reboots and remakes reflect the trend, such as Nolan’s Batman movies. Even fan films are going in that direction, but in their unique way. I have seen dark and gritty fan trailers for Captain Planet and even The Magic School Bus. Both take shots at the original source material, but if you look closely they also poke fun at the tropes and themes present in many contemporary Hollywood projects.

“Dark and gritty” by itself isn’t bad. Returning to Nolan’s Batman films, Batman Begins was the closest we ever came at the time for a film that was true to the original source material and The Dark Knight is a near-perfect movie with a brilliant Joker performance by Heath Ledger. Those “dark and gritty” reboots work because Batman at his core is “dark and gritty”. He saw his parents get murdered and took a complete left turn for dealing with that issue by donning a pair of tights and going out at night to beat people up. His allies see him as a necessary evil to save a crime-ridden and corrupt city, but they are always ready to take him down if he goes too far. His enemies, meanwhile, are actually inspired by him to reach new forms of madness.

Of course, you can take “dark and gritty” too far. Case in point: The Dark Knight Rises. This was an incredibly flawed film that embraced its dark tone by dumping gallons of extra black paint over itself. I mean Bruce Wayne became vigilante when he watched his parents die, but when his ex-girlfriend dies off-screen, suddenly he retires for ten years? Some reviewers even consider this movie “fascist“. What the hell happened to Batman? This is the hero who helped wayward teens find purpose in their lives and teamed up with some of the greatest heroes of the age to fight mad scientists and intergalactic tyrants. Yes he is “dark and gritty”, but he is also a freaking superhero!

You know who else are superheroes? The Power Rangers. They may not look like the traditional protagonists from American comics, but they fit the mold quite easily. In fact as heroes they have more in common with Superman than Batman. They inspired us to be better people, whether it was watching them in costume battling alien monsters or seeing their alter egos do charitable works or teach us a valuable lesson, just like Superman. They give us hope for the future instead of despair. Perhaps that is why the reaction to Man of Steel was rather lackluster. People just saw another “dark and gritty” reboot of a famous character and not the Superman film they wanted.

Perhaps the greatest problem with “dark and gritty” films is that people have confused them for being “adult and realistic”, which is not exactly true. Life can be “dark and gritty”, but it also can be uplifting and fun. Being an adult isn’t always about swearing, violence, sex, substance abuse and death. Yes we will experience all of those elements of the human condition in our short lives, but part of being an adult is dealing with our issues and overcoming them. Its true not all of us will be successful, but in many ways the true definition of a “superhero” is someone who helps those who have failed and provide them with the strength to try again.

The Power Rangers are those kinds of superheroes and while I would love to see the Power Rangers franchise grow up a little bit, I don’t want them to lose their campy style entirely. As the Nostalgia Critic pointed out in his review of Turbo: A Power Rangers Movie, the campiness is what people liked about them in the first place. And don’t get me wrong. I must have watched Power/Rangers over a dozen times and I would love to see it made into a movie as well. An original film that showed the dark side of throwing children into battles against crime and monsters and expecting them to live a normal life when its over? Shut up and take my money!

I do want to see that film, but not as a Power Rangers movie (to the producer’s credit, even he doesn’t think that Power Rangers film should be made). In fact I really do hope Saban takes the lesson of Power/Rangers to heart and work even harder to make not just a good Power Rangers movie, but a good movie in general that appeals to both children and adults.

How do Chinese Fans Celebrate the Spring Festival?

Plug into the Times

The funny thing about movies is that liking or disliking them can become as political a process as anything else.  In fact, sometimes I get a pretty strong sense of whether a movie will do well not only before I have seen it, but before anyone has seen it.  I don’t mean I know whether […]

Steve takes on SyFy and Sharknado–with a glimpse of Sharknado 2!