Home Fantasy The Greatest Fantasy Novels of All Time Part 7

Last week we discussed the definition of fantasy, deciding that we would allow the award system and public opinion to determine if a novel fell under the broad reach of fantasy. The latest entry in our list tests the boundaries set by publishers. We will claim it as fantasy.

Each novel on our list of the greatest fantasy novels of all time is chosen through objective evidence. We place a strong emphasis on the awards and nominations a novel has received, while also considering the commercial success and social impact of the novel.

Our entry this week will challenge boundaries beyond our sense of what makes fantasy. It will challenge our opinion of greatness. It is easy for us to look at a novel by a legendary grand master and declare it as great. Some of the best stories are woven by amazing authors who turn out novel after novel of award winning work.

Publishing doesn’t come easy. For first time authors it is even harder. An established name sells books, sometimes whether the book is good or not. An unknown author is a harder sale. This makes the authors work harder. They put their lives into that first novel.

A professor of literature once told me that I needed to read a whole string of novels to realize the greatness of the novel he suggested. While this may be true, I enjoy a novel that stands on its own merits; one that I can read and immediately recognize as great.

Our list of the greatest fantasy novels of all time will ignore any preconceived notions. We will take each novel on its own. Before we explore this week’s entry, let’s revisit the current list.

The Greatest Fantasy Novels of All Time 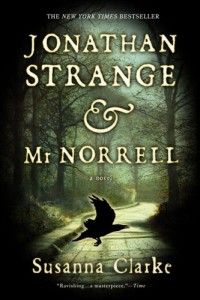 Some have described Jonathan Strange & Mr. Norrell as a historical novel or even an alternate history, but we will claim this amazing novel as fantasy. Susanna Clarke managed to blend genres like a grand master in her very first novel, blurring the boundaries between genres.

Famously Susanna labored on her masterpiece for ten years, before she at last declared it finished. To her great luck, she found a publisher that recognized the greatness in her novel and agreed to publish it. The publisher thought so highly of the novel that 250,000 copies were made of the first printing.

Some might argue the fact that since the publisher put their neck out with so many copies on the first print run, it practically  guaranteed it would be commercially successful. After all, they invested too much to let it fail.

While this argument might have some merit, the novel’s reception exceeded even the publisher’s lofty expectations. It climbed its way nearly to the top of the New York Times Best Sellers list. Not only was Jonathan Strange & Mr. Norrell commercially successful, it was heaped with praise by critics in nearly every circle. The long list of awards and nominations the book received prove the broad reach of Clarke’s novel. 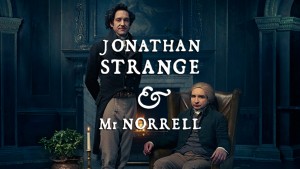 Jonathan Strange & Mr. Norrell explores 19th century England, but turns it into fantasy by inserting magic into the world. The novel explores the relationship of the two title characters.

Further proof of the novel’s greatness can be found in the extensive analysis given to it by literary scholars. The book has been broken down with a full CSI kit and scrutinized from cover to cover. Literary critics reserve this type of effort for only the greatest of novels.

Extensive reviews and analysis can be found all over the internet. I recommend skipping all of them and just reading the novel for yourself. You better hurry and read it soon, since the novel is getting produced as a television series that will air on BBC in 2015. Jonathan Strange & Mr. Norrell is surely one of the greatest fantasy novels of all time.