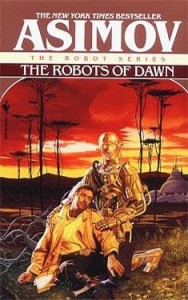 As we sit on New Year’s Eve, there is mounting evidence that the world is being assimilated by science fiction. Every day we witness the imagination of science fiction authors becoming real.

We live in a technology driven world. The technology is advancing so quickly we give little thought to the world around us. We simply accept these fantastic discoveries as our mundane reality.

With the turn of the calendar, I thought it was a good time to reflect on technology and the growing proof that science fiction is real. Science and technology are on the doorstep of becoming really cool. We haven’t seen anything yet.

The Dawn of Robots

What would Isaac Asimov think of our robot filled world? Already there are billions of robots in the world and even a few on Mars. In 2015, the number of robots will continue to skyrocket. Robots already build our cars and explore other planets. They keep our children company, and they fight in competitions. Robots play soccer, ride camels, sort packages, and one day soon may take your order at the drive-thru. Lego has developed a comprehensive robot league that is filled with thousands of youths designing robots to race against each other in elaborate competitions. The demand for spots in these robot building clubs is in high demand, and the waiting list goes on for miles. The age of robots is just beginning. Prepare yourselves.

The Age of Star Trek 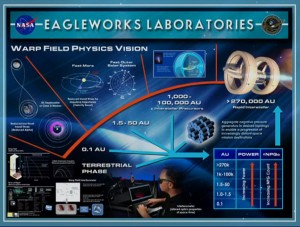 Star Trek has inspired many scientists since its first creation. Today that inspiration is taking root in reality. Remember watching Spock talk to Kirk on his communicator? Our planet now has more smartphones than people. Meanwhile, scientists are working on a transporter beam of sorts. Already they are able to transport particles hundreds of miles. The idea is to use it for telecommunication, but this is only the first step. Replicators like those used on the Enterprise are becoming more and more common in the form of 3D printers. Scientists hope to be able to even print (replicate) food for space travelers in the near future. Lowes has a holodeck for you to design your own home, and the navy has officially launched its first ship armed with a fully functional laser weapon. If all this wasn’t proof enough that Star Trek is real, then consider that scientists have made presentations to NASA with their plans for creating warp drive. How much longer until the Federation of Planets launches? Beam me up.

Artificial Intelligence is growing in complexity at an exponential rate. For decades, scientists on the fringe have been warning about the dangers of AI and its impending arrival. In 2014, the scientists were joined by some mainstream names. Stephen Hawking is one of the most well-known and respected scientists in the world. He is now fully onboard with the warnings, voicing his own cautionary tale in a recent scientific paper. Even more disturbing (encouraging) is that one of the world’s leaders in the research of Artificial Intelligence, Ray Kurzweil, is now the director of Engineering for Google. Did you know that the founders of Google have made loud and clear their desire to one day create an advanced AI? This is only one of the many things going on in the secretive Google X Lab. It seems as if funding and desire have met. All that is left is to develop the technology.

The World is Filled with Cyberpunks

One aspect of cyberpunk is the combination of flesh with technology. People are implanted with electronics that allow them to connect with the virtual world. The virtual world exists all around us. Most humans probably interface with more people virtually than they do in the flesh. With Facebook and Xbox Live and dozens of other virtual communities, it is not necessary any more to ever meet people flesh to flesh. Our virtual friends could be human or even electronic.

Wearable technology is growing. How many of us are walking around with a Fitbit or other wearable tech. With artificial hearts and kidneys and implantables, how much longer before we have even more implanted technology? With Google Glass, you don’t even need to see the real world. Google has even filed a patent for an electronic tattoo. That’s right. Electronics implanted beneath your skin near your throat. Prosthetics are already common. How long before the strength multiplying exoskeletons are combined with the prosthetics? In another decade, you too could become a cyborg.

Space Travel for Everyone

By now we all take for granted that we are communicating with space every single day. GPS satellites ring the Earth letting us know exactly where we are. Famously, people are signing up for the Mars One project. They are each begging for the opportunity to get a one-way ticket to Mars. Virgin Galactic is selling seats on its spaceship to anyone with enough bitcoin. Humans landed a probe on an asteroid, and they have plans to lasso another one. In 2014, humans discovered many new planets they label as Earth-like. They are each possible destination spots for humanity. Scientists have even put together plans for living in the upper atmosphere of Venus. In a couple of decades humans could realistically be living on Mars, Earth, and Venus. Now that is the stuff of science fiction.

Every second we grow closer to the dreams captured by the earliest science fiction authors. Every day science fiction slowly turns into science fact. In 2014, we can witness levitating appliances and driverless cars. We can buy tickets for a space cruise or purchase a robot to sweep our floors. All around us we find proof that science fiction is real. I can’t wait to see the technology of 2015.