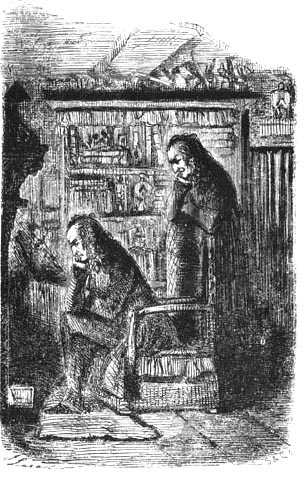 Horror lovers can be notoriously hard to shop for. We tend to be rather introspective, with fiendishly obscure tastes, and are known for being humbugs and grinches and scrooges.

So what do you get the denizens of darkness in your life? How to know, when they won’t speak, or look up from the blood-soaked carnage on the telly?

This year, why not MAKE them look up and pay attention, by finding something they really like. Just imagine their dripping mascara and eyeliner as they look at you with doe-eyed admiration, “How did you know? This is REALLY hard to find!”

Over the coming days and weeks, we’ll be providing a number of gift giving guides, for all the horror afficianadoes in your life.

First up, we’ll be taking a look at books.

A lot has been read about the decline in literacy, across the generations, leading us to apocalyptic daydreams of our young’uns and their decimated attention spans. Thankfully, there are reports starting to come out that the younger generations are actually reading MORE than the older, so the time is right to get the little lycanthropes into reading, or back into it, if they’ve lapsed. 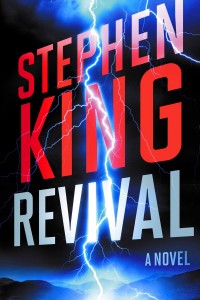 This is this year’s no-brainer, for any fan of horror literature. Any Stephen King is a big deal, and is an easy fail safe, if you’re just not sure what to get. You might want to covertly scan their bookshelves, to make sure they don’t already have a copy, as well as…
Steve Fahnestalk’s review of Revival 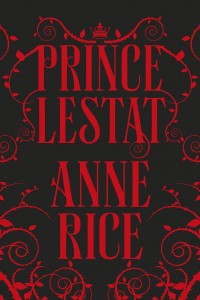 Forget the sparkly vampire romance. This year, turn back to the original bloodsucking melodrama, as Anne Rice returns to her ‘Interview With The Vampire’ series. Lestat surely has come a long way from the frog draining swamp denizen – find out exactly how far, in Rice’s first Vampire novel in a decade. 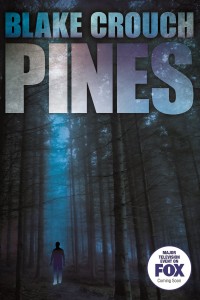 Blake Crouch’s mysterious small town psychodrama is being made into a new TV series next year, so here’s your chance to appear in the know and ahead of the curve. Also, as the name of Twin Peaks is on the lips and tongues of every fan of supernatural detective work, Wayward Pines will scratch their itch, while waiting for Season 3. 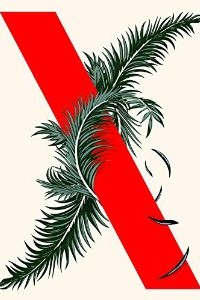 Southern Reach Trilogy – Not necessarily horror, as much as what people consider ‘The New Weird’, as in an update on Lovecraftian Weird Fiction. This year, Jeff VanderMeer reminds us why he is the master of the burgeoning form, as he released the entire Southern Reach trilogy in 2014. So take a chance with Annihilation, or take our word for it, and fork for the trilogy, and give your literary loved one something to weather the cold weather months with. 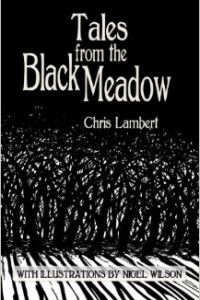 In 1972, Professor R. Mullins disappeared from a mysterious area of North Yorkshire Moors known as the Black Meadow. Or did he? Chris Lambert’s layered tales of vanishing villages and sinister mist will have you scratching your head, and not knowing what to believe any more. For those that like a full, immersive reading experience, you can also get the original album that sparked the series, as well as a series of re-interpretations by a diverse array of underground musicians, to transform your drawing room into a medieval magickal madrigal. 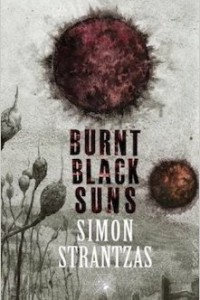 Simon Strantzas is one of the rising dark stars of literary horror. Burnt Black Suns is his newest short fiction anthology, riffing on mythos’, from Lovecraft to The King In Yellow, which was popularized in the first season of True Detective, along with some standalones. Simon Stranzas is quickly coming to attention, but does not yet have the attention he deserves. Let 2014 be the year that changes. 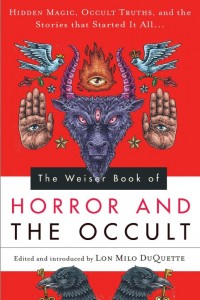 The Weiser Book of Horror and the Occult: Hidden Magic, Occult Truths, and the Stories That Started It All

Weiser is one of the leading metaphysical book companies around. In this volume, famed occultist Lon Milo DuQuette selects a handful of classic horror, that turned him on to the genre, as well as beginning his quest for the supernatural. DuQuette selects a number of standards, from the likes of Bram Stoker to Ambrose Bierce to Edgar Allan Poe, to some lesser known scribes like Sheridan Le Fanu and Ralph Adams Cram. Bonus points for mouth watering graphic design, and a truly disturbing short story from the Great Beast himself, Aleister Crowley.

You can read a full review I wrote, over at Spiral Nature, if you’d like to know more. 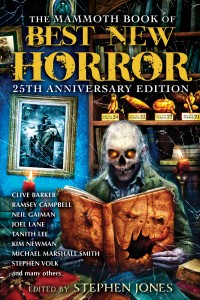 The Mammoth Book Of Best New Horror is a year-end institution for everybody trying to take stock of what went on, in the world of horror literature that year. Jones follows the time-honored template of well-known emissaries and young lions, with stories from anthology favorites like Clive Barker to Neil Gaiman to Ramsey Campbell, along with a bunch of young upstarts. Combined with a list of useful addresses for horror authors in the back, and The Mammoth Book is a mammoth bargain. 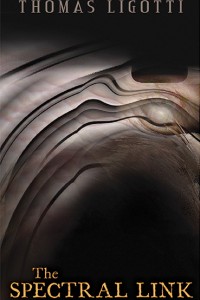 The first new horror from the Grimscribe in a decade. Return to the bleakest, most misanthropic realm imaginable – peopled by self-aware marionettes and cosmic malevolence. Liggotti makes Lovecraft look like a holiday in Acapulco, and is also one of the most modern, atmospheric horror authors around. Greatly recommended, but not for the faint of heart. 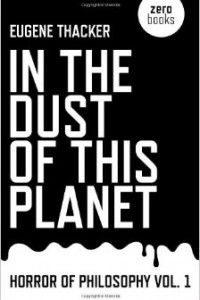 Perhaps someone you know is studying horror literature or philosophy in the university, looking to deepen their understanding of the depths of humanity’s madness, and our disordered brain. Help them prepare for their theses with these couple of classics, tying horror into the fields of psychology and critical theory. It’s kind of a shame that there’s not more books like these. Maybe those academics in your life will write the next?

Noel Carroll – The Philosophy of Horror: Or, Paradoxes of the Heart

Eugene Thacker – In the Dust of This Planet: Horror of Philosophy vol. 1 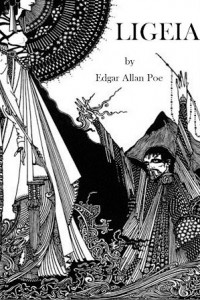 Nothing inspires (dread) quite so much as reading the classics. Let 2015 be the year where literature is exhumed, and freed to walk the Earth once more.

Consider classic collections from H.P. Lovecraft or The Complete Tales & Poems of Edgar Allan Poe (Knickerbocker Classics), if the horror lovers in your life are underexposed to the masters, and be amazed at their flourishing, noxious vocabulary, as well as the chilling, psychological, feminist horror of The Yellow Wallpaper, as an antidote to the quick, adrenalized jump scares of the modern world.

Also, it’s worth remembering that the holidays are actually about spending time with your loved ones. You might consider reviving the British tradition of telling ghost stories on Christmas Eve by the yule fire. M. R. James’ Ghost Stories of an Antiquary

and Charles Dickens’ Christmas Ghost Stories are both well suited for this activity. 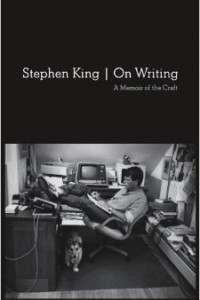 Or perhaps you know a burgeoning horrorsmith of your own. Encourage their bloody scribblings (got to get it out of the system somehow) with some words of wisdom from the master himself, Stephen King, with his classic tome, On Writing: A Memoir Of The Craft

, recommended for anyone serious about their craft, not just horror authors, along with his more obscure collection of essays on writing, Secret Windows: Essays and Fiction on the Craft of Writing 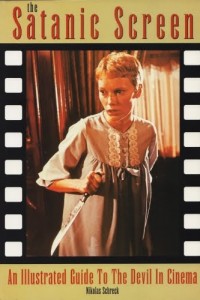 For The Movie Lover

Does your horror lover feel like they’ve seen it all? It’s a common condition, amongst the faithful, who frequently have to scrape the bottom of the barrel, or make do with cut rate B-movies.

To solve this, check out Rue Morgue Magazine’s 200 Alternative Horror Films You Need to See

, or the ridiculously obscure and out of print The Satanic Screen: An Illustrated Guide to the Devil in Cinema

, guaranteed to earn you some major street cred. 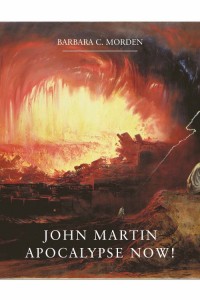 For The Art Lover

Art books make great gifts. They look impressive, and are more likely to stay out, rather than taking up real estate on the shelf.

For the classicist, check out this year’s John Martin: Apocalypse Now!

for some truly masterful depictions of Tartarus.

Or go with the traditional, and consider one of Giger’s over-sized biomechanical grimoires, H. R. Giger’s Necronomicon I

, which will be even more timely and relevant with the maestro’s passing this year. (R.I.P. H. R. Giger) 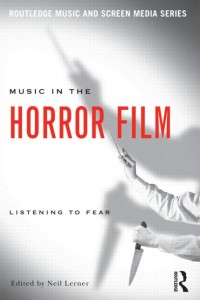 Do you know someone obsessed with horror soundtracks? Sure, we all do. Whether a musician, who wants to better understand the psychology of how music is used in horror films, or for the academic musicologist, check out Music in the Horror Film: Listening to Fear (Routledge Music and Screen Media)

– a delightfully thorough look at sound’s role in spooky cinema, throughout the ages. 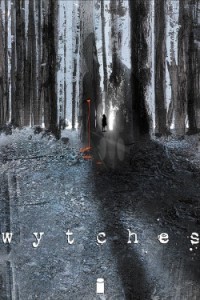 Perhaps the horror-phile in your life has not fully embraced the literary lifestyle yet (they’ll learn, don’t worry). Comics are a great way to toe into reading.

Again, to earn some “with-it” cred, consider buying single issues of some great new on-going series, like the new envisioning of Clive Barker’s Nightbreed series, or Vertigo’s gorgeously painted epic, The Wytches, both of which are early on, and not that hard to catch up. Single issues of comics also make for great stocking stuffers, and you can grab a handful of them.

For the otaku in your life, consider Berserk, Vol. 1

or the Flesh Colored Horror

by Junji Ito, both of which are considered high points of the genre.

Don’t let the format fool you, however, as the manga should very seriously be considered ‘For Mature Audiences Only’. Very strong stuff, but very good. 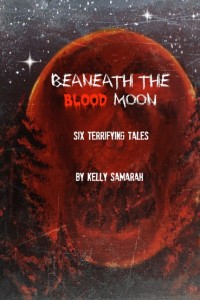 Books by indie authors are a great gift, as your horror lover isn’t likely to have heard of them before, and means that maybe the authors might get a little Christmas of their own. To start, check out Kelly Samarah’s Beneath the Blood Moon

. Don’t let the sub-prime cover fool you – this ended up being one of my reading highlights of the last 12 months, and got me back into reading horror, as well as writing it. 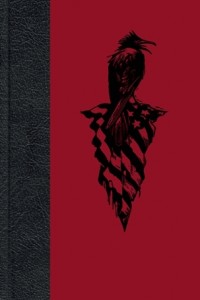 For The Horror Lover Who Has Everything

If you absolutely need to wow, and have a little bit to spend, look at Centipede Press‘s Library Of Weird Fiction. With cover prices sometimes nearing $350, these library-quality books feature lavish illustrations and library bindings, and are just begging to be nestled in some walnut reading room, to be read aloud from, in a voice like Christopher Lee’s. 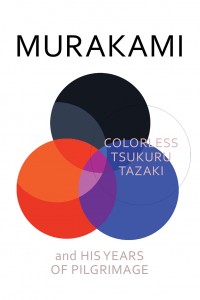 Of course, it goes without saying, but we don’t ONLY love horror (although it might sometimes seem that way). Readers love to read, and rarely stick to just one genre. So if you’re just not sure what they already have, or what they might like, you might consider some of this year’s biggest literary releases, specifically Haruki Murakami’s Colorless Tsukuru Tazaki and His Years of Pilgrimage: A novel

is quite popular this year, as well.

That’s it for now. It’s worth mentioning that many of the classic works are available in the public domain, and can be easily found online. A thoughtful e-mail with 100 choice horror novels counts as a gift, for those that are economically challenged.

Also, a quick note on the Amazon links. As ever, you are encouraged to support your local businesses, your independent book stores and comic shops. But in case you’re in a hurry, or don’t know where to find certain things, this guide is meant to get you started. It’s also a decent way to send something to someone distant. And, in case you were wondering, I don’t think an e-books impersonal.

And, finally, remember that the best gifts are heartfelt and carefully chosen for that person. Consider this a primer, to get your wheels turning, and help you pick that PERFECT GIFT.

Before the holiday, we will be returning with some other guides, for things other than books, so make sure to stay tuned, or follow Forestpunk on Twitter, for more gift-giving inspiration, musical rumblings, and general strangeness.