I attended the World Fantasy Convention during the weekend of November 7–9, 2014, and was honored to serve on the panel, “Everybody was There: Diversity in Fantasy.” I learned much from my esteemed fellow panelists: Sarah Pinsker (moderator), Mary Anne Mohanraj, Kit Reed, and S. M. Stirling. I didn’t get a chance to touch on everything I wanted to say, so I’ll include it in this post.

The issue looming over the convention was the World Fantasy Award and whether the board would decide to keep the caricature bust of H. P. Lovecraft or scrap it. Lovecraft made significant contributions to fantasy, but was also known for his racist views toward African Americans, Asians, Jews, and just about everyone who wasn’t White. But what do we owe Lovecraft and his literary contributions?

I think you have to assess a book by both past and current standards in order to see how societal views have changed over time, and ultimately, why societal views have changed. To me, it’s not owing the past anything or forgiving the past, it’s understanding how historical events have molded world views. It’s good to have a holistic overview of the era in which the book was written, rather than taking views out of context.

I think we acknowledge Lovecraft’s contribution to the fantasy genre, but we also recognize his flaws, as with any writer. It makes them more human in our eyes. However, we, in 2014, are not beholden to Lovecraft. If handing an award with his likeness to people makes them uncomfortable because of his racist views, then I think the award needs to be changed.

Change is the nature of our society. As far as fantasy is concerned, I think we’re starting to see more change in YA fantasy, because I think younger people are more willing to entertain change. They’re growing up in a more diverse culture and open to seeing that diversity reflected in their media. However, I think a major problem is that children are not usually taught history from the person of color’s point of view. I was grown before I knew about Alessandro de’Medici, the Duke of Florence; Saint Maurice of Switzerland; or Joseph Bologne, Chevalier de Saint-Georges. By the time kids are grown, they believe they know exactly what shaped Western culture, and when they find out that yes, Blacks and Asians and women and others besides white males also played prominent roles in history, it upsets their world view. And people are loathe to change. They don’t like it.

I think that diverse books will allow readers with different abilities, backgrounds, and cultures, to see themselves reflected in the books they read. And diverse authors may encourage them to aspire to become writers of diverse books themselves. I know some writers may be hesitant to write about other cultures for fear of offending someone, but if one intends to become a serious writer, one has to learn how to research other cultures and incorporate that knowledge, in some way, into one’s writing. For example, don’t assume that the same standards of beauty cut across all cultures. I have a cousin who’s 6’3” and model thin, and felt she was discriminated against in the Bahamas because she was not overweight. I watched a documentary of an African man who wanted his wife to weigh 200 pounds for their wedding, so she sat in a hut and drank goat’s milk for weeks.

The incorporation of research makes for richer prose. If you’re worried about offending someone of a particular group, get on the Internet and ask someone to read some of your work and offer advice. Read the works of other writers of color, or women, or those who are differently abled to get a sense of what works and what doesn’t. Also, read “Writing the Other” by Nisi Shawl and Cynthia Ward.

I know it’s all about money in the world of publishing. But a recent Pew study showed that the most likely reader was a college-educated Black woman. I think there needs to be a paradigm shift across the industry, from the CEO, to the acquisitions editor, to the copy editor, to the book store owner. New audiences may require new marketing methods, but as I said before, change is the nature of our society.

One way to help bring about positive change surrounding diversity in fantasy is for editors of anthologies and magazines to solicit stories from diverse authors to let readers know about the existence of writers from different cultures and backgrounds. I think the traditional publishers aren’t taking risks as they would during flush economic times, so people looking for something different are starting to turn to small, independent, and self-publishers.

And if you want some recommendations, try Abengoni: First Calling, by Charles Saunders, who has been writing diverse fantasy since the seventies. There’s also the Constant Tower by Carole McDonnell, Changa’s Safari by Milton Davis, Mona Livelong: Paranormal Detective by Valjeanne Jeffers, Taurus Moon: Magic and Mayhem by D. K. Gaston, Ghosts of Koa by Colby R. Rice, Sacrifices by Alan D. Jones, the Scythe by Balogun Ojetade, Sineaters by kai Leakes, the Seedbearing Prince by Davaun Sanders, and Neon Lights by Zig Zag Claybourne.

If you find a diverse book you like, call or write the publisher and let them know you appreciate their efforts, and tell them you’ll purchase more books like that.

As Barbara Deming once said, “The longer we listen to one another—with real attention—the more commonality we will find in all our lives.”

K. Ceres Wright is the author of Cog, the article Cyberpunk: Remastered or How I Learned to Stop Worrying and Love Postmodernism appearing in Many Genres, One Craft, numerous short stories and was a regular contributor to Amazing Stories during 2013.  K. Ceres Wright blogs here, and more information about her and her works can be found here. 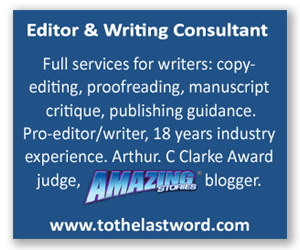 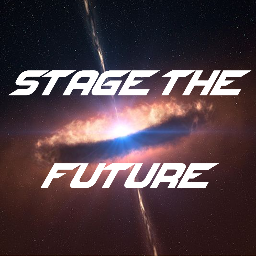