In this week’s viewing: It’s season-ending time for everyone! Except that one show that isn’t ready to go yet… 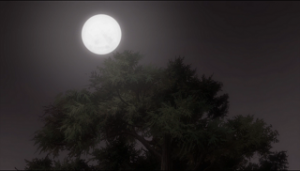 Mushishi finale – Mushishi comes down the homestretch with a strong story in which the hero is a tree. Well, not just any tree. The satori in satorigi doesn’t just mean that the tree has achieved some form of awareness, but a spiritual enlightement. It partakes of the Buddha nature. Thus it is able to understand when the village can best be helped by it laying down its life.

Once again, there is absolutely nothing else like Mushishi out there today, and it’s been a joy to see more of it. Not just the stories and themes but the whole rhythm of the show seem to come from someplace completely removed from the rest of TV. Would that there were even more. Hey, Crunchyroll, any chance you can pick up that movie? 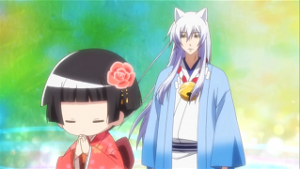 Gugure! Kokkuri-san finale – Christmas in Japan means observing the imported customs of family time, tree decoration, and presents, and also buckets of Kentucky Fried Chicken. Really. New Year’s means your house should have been thoroughly cleaned so as to greet the new year with a fresh start. Not quite as thoroughly as Inugami goes about it, but I suppose you can’t fault eir logic.

Gugure‘s balance between comedy and drama has been wobbly at times, but I think it nailed it here. It’s a strong finish to probably the most accessible Japanese comedy I’ve ever seen.

Overall, this is a decent show. Not brilliant overall, though it’s had its moments, but worth a look if you’re ready to check out some humor that pushes your boundaries a bit. 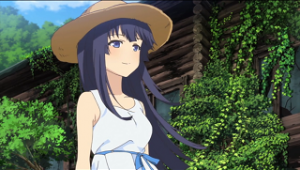 Celestial Method #12 – Well, that was a beautiful and satisfying conclusion to– wait, there’s another episode? What is up with you, Celestial Method?

Anyway, this was hardly a wasted episode. The wish works by bouncing everything back to the start of the series, except this time the people who need to remember what’s happened the last few months remember it. Without the saucer, Nonoka wouldn’t have been prompted so quickly to remember living in Kiriyako, and Shione would apparently have given up and not been around to rekindle the friendship. Yūzuki, Sōta, and Koharu would still have been in town, ready for Nonoka to reach out, so they don’t have to remember.

Now I guess we can see them watching the meteor shower together, and what else? That TV report about the new hotspot seems like it should be important. Maybe Noel liked the hot springs so much, she’s decided they should have their own in town? 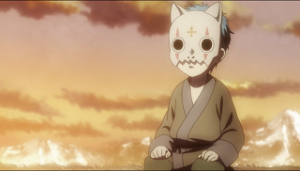 Yona of the Dawn #12 – Yona will be returning after a week’s break, and it seems to feel no need for a season-ending cliffhanger, so we get the backstory of the Blue Dragon. Raised to believe he is cursed, he’s shunned by his village and yet still protected by them out of some sense of duty. The move to the mountains must have come after he slaughtered an entire company of soldiers. Presumably more came after that, and the village could have given him up, but instead they chose to hid with him.

I wonder if it was the local commander who sent the soldiers, or if the order came straight from the top. What would King Il’s motive for capturing the Blue Dragon have been? To just keep him under observation, or to corrupt him somehow? Or to lock him out of reach of anyone who might try to fulfill the prophecy?

Beat the Christmas Frenzy and Find Your Focus

As I watched a repeat episode of Mythbusters the other night, I was reminded of one of my pet peeves in Science Fiction and Fantasy- the ineffectiveness of firearms. The Mythbusters were testing why so many cultures had made arrowheads, instead of just sharpening the end of their arrows. (They make bigger holes). This reminded […]

World War Z should really be called ‘The Movie About Globetrotting Around a Zombie-Infested Planet’ as it has little to do with the beloved Max Brooks novel. In fact, the best thing about the matinee performance I went to on Saturday, was a trailer for the BBC series Luther. Oh and one tine plot point towards […]

Almost in time for the Holidays: The BEST of Amazing Stories 1940