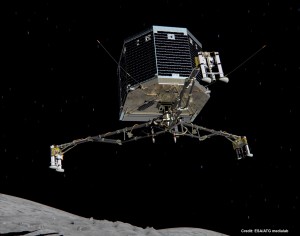 he European Space Agency’s Rosetta lander, is now about mid-way through its descent to the surface of comet 67P/Churyumov–Gerasimenko, a comet believed to have been “left over from the formation of the solar system”.

The landing should occur at approximately 11 am est.  ESA recently reported having problems with Philae’s thrusters – but they believe they can successfully peg the landing using a harpoon and “ice screws” built into the lander’s legs. 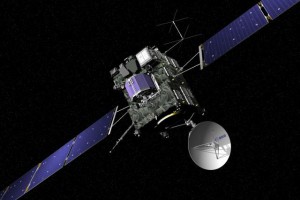 Rosetta has been playing catch-up with 67P for over a decade.  The original mission was launched in March of 2004 and has used gravity assist manuevers, including two flybys of Earth, to reach the appropriate velocity. 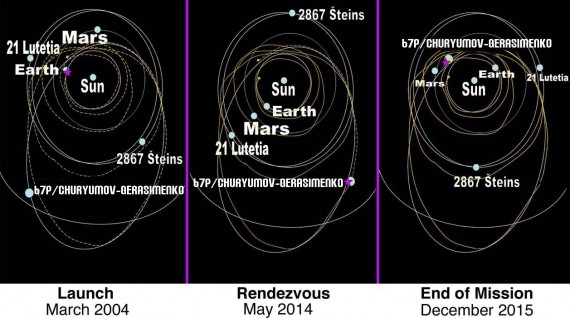 The primary goal for Philae is to sample the surface of 67P, drill into it and determine whether or not there are organic compounds in its mix of dirty ice.

You can watch ESA and the landing here.

The lander is named for an island in the Nile, believed to be one of the burial sites of Osiris.

Review: A Pride of Lions by Mark Iles

We’re already “terraforming” the Earth, but likely for some other species