Today something different! I’d like to introduce you to a musician and some of his music: Craig Leon and “Nommos”. As you may or may not know, I’m a musician – a singer actually, although it seems I write more than I sing these days, but my first love was music. I have a Bachelor of Music in Vocal Performance from the University of Wisconsin, Madison and I specialized in Early Music Performance Practice with a degree from the Academy of Early Music (part of the Hochschule für Künste) in Bremen, Germany. You may be wondering what this has to do with Science Fiction. Patience, please. It will become clear soon enough.

You probably don’t know who Craig Leon is, but you should. In fact, you will be amazed at how much of his work you know, without ever having his name enter your consciousness. But first a bit of history: Leon is a consummate musician. He studied music privately, with instruction in piano, composition and musicology. He opened his own recording studio in his native Florida before he was 21 but moved to New York City in 1973 when he was hired as an assistant to the producer at Sire Records, Richard Gottehrer. During the 70’s and 80’s Leon was instrumental in discovering and developing such acts as The Ramones, Talking Heads, Suicide, Blondie, and The Bangles. He has recorded and produced over 150 albums of pop, rock, classical and all types of music in between. He has won awards for Engineering (“Keep On Doing”, by the Roches – one of my favorite Girl Bands). And so, it’s here that I must make a disclaimer: Craig Leon produced, recorded and arranged the music of “Auvergne Chants” performed by my girl group, Elysium, for Decca Records (2000). 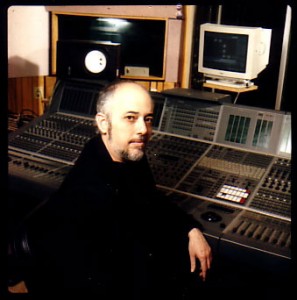 But we were relatively small fish, considering Leon recorded and produced albums for such classical musicians as Pavarotti, Andreas Scholl and James Galway. I hope his list of accomplishments speaks for itself, despite the fact that I know him personally! But to be honest, that I know him IS, in fact, the reason why I’m writing this feature.

So, where’s the Science Fiction, you ask? Just bear with me. Naturally, as a composer and a recording technician, Craig had an interest in new music and electronic music, which was a burgeoning form in the 70’s and 80’s. He also had a growing collection of synthesizers. He recorded his first album of electronic music in 1981 with Takoma. The album is called “Nommos”. This music was spawned after a visit to an exhibition of ancient art of an indigenous tribe of Mali, the Dogon, which he saw sometime in the 1970’s. The Dogon had had little outside influence and yet, had developed a complex combination of astronomy and religion. They worshiped amphibious extraterrestrials (ah! The Science Fiction!), who had traveled to Earth from the star Sirius B, called “Nommos”. Their knowledge of the specifics of this distant star, the existence of which wasn’t even confirmed until the late 19th century, seems to give credence to their legends of the Nommos. Fascinated by this idea, Leon created music, which he imagined the Nommos would have listened to on the long journey to Earth. Not African music, but the music of Sirius B. If you would like more information on the Dogon tribe’s fascinating and inexplicable knowledge and beliefs about the Nommos you can read about them on Wikipedia.

The album “Nommos” and its companion “Visiting” (released a couple of years later) are considered masterpieces of early electronic music and precursors of such forms as ambient techno, and industrial rhythm and drone, which is clear if you listen to a bit of it. 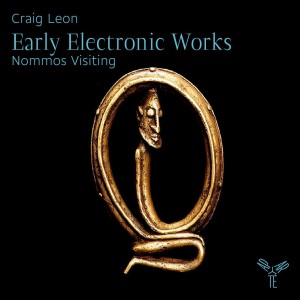 “Nommos” and “Visiting” have been out of print but have been pirated repeatedly and were even reissued (by Superior Viaduct) in 2013 against Craig’s wishes. Now, with Leon’s extensive work, the music has been reissued on vinyl under the title, “The Anthology of Interplanetary Folk Vol. 1”, by RVNG Intl. and on CD as “Early Electronic Works – Nommos Visiting” by Harmonia Mundi. The original multi-track master tapes of “Nommos” have been lost, so this new version is a “re-recording done from the original patches and sounds from the original instruments”[1], which Leon recreated to closely match the original. “The source material for this version of “Visiting””, which had been released separately, “is the analogue 1982 master. [Leon] has made several edits in the master that tie the two works together cohesively”[2].

I’ll leave you with the Official “trailer” for the vinyl album from RVNG Intl. :