Finland has put itself on the genre map over the past couple of years; here’s an interview with two prominent members of a growing community

What do you know about Finnish Science Fiction? We asked two  important and talented Finns to tell us all about it. 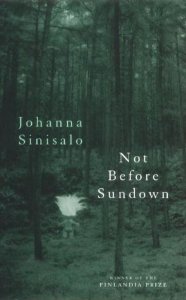 Tanya Tynjälä for Amazing Stories: In your opinion what characterizes Finnish science fiction?

Johanna Sinisalo: It depends how you define science fiction – if you are a purist and require visions of the future, space or time travel, technological sf or alien encounters, there are not too many titles like that written in Finland. But if you widen your definition to a more general non-realistic approach, there is a wide selection available for the reader. There is e.g. a thriving n/a fantasy literature scene, a lot of minor publishing houses that deliver short story collections of different sf and fantasy themes like steampunk, cyberpunk, supernatural creatures, visions of climate change etc. And of course we have a selection of acclaimed writers who use sf, fantasy, horror and the weird as their tools they write highly respected literary fiction. It is very usual that the books are not labeled as any specific genre but in fact they are a combination of many. We have recently started to use the term ”Finnish Weird” to define the style. (You can find more information about Finnish Weird here: http://www.finnishweird.net/)
If I have to find some common denominators I dare to say that the Finnish speculative fiction writers quite often play with the elements of our own rich mythology and folklore, and it is also characteristic that the fantastical worlds and plots they compose are often having tight bonds with reality – many of the stories have a certain element of recognizable everyday life that makes them very plausible and easy to immerse.

Hannu Rajaniemi: I find kind of difficult to answer because I have has relatively little interaction with the Finnish scene. My entire career has been in the UK. But I think there are some commonalities. There is all this generation of young Finnish writers who even have some kind of manifesto: the Finnish weird that blends high level of literary skills with some speculative ideas. People like Pasi Jääskeläinen, Emmi Itäränta, Viivi Hyvönen or many others. And there is a strong female presence; there are some strong personalities like Anne Leinonen who has a big impact creating a community for example. 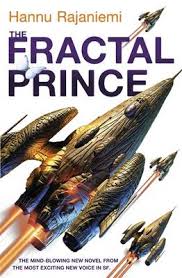 AS: How much is it accepted by the mainstream?

JS: Still in the 1990’s almost all genre fiction was considered a lower form of literature, it was seen as just entertainment or escapism. But during the 2000’s this attitude has changed dramatically. As I mentioned above, some of our Finnish Weird writers have a lot of literary prestige and they have (me included) gotten e.g. to the Finlandia Prize shortlist or even won the prize, which are about the greatest honors a Finnish novel can get, and those works have been seen on the lists of other prestigious award winners, too.

Some people say that my Finlandia Prize in the year 2000 of Not Before Sundown (Troll – a Love Story in the USA) was the turning point after which sf/f was starting to be considered as literary fiction in Finland, but I am not the judge of that. 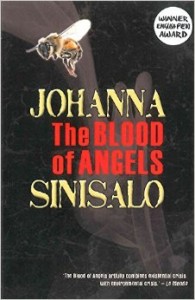 HR: There have been few instances where there has been some mainstream recognition, Johanna Sinisalo’s Finlandia Award for example. I think actually some Finnish writers are deliberately trying to avoid labels, like Pasi Jääskeläinen, and I think this strategy has been quite successful. My own books have received a lot of attention in Finland and been reviewed both in major national newspapers and even literary magazines. It was more positive that I expected.
There is of course a very strong tradition of social realism in Finland so there is still maybe a little bit of resistance, but I think in general the ambiance in quite positive for science fiction. Perhaps this is also helped by the pervasiveness of science fiction in computer games — Finland has a very strong gaming culture.

AS: Why do you think there are so many women in it?

JS: The Finnish sf/f community has been quite equal for a couple of decades now. When I myself started to take part of the fandom and amateur writer activities in the 80’s there still were some people who thought that sf is a male hobby and should remain so. But when it became obvious that many of the best editors, translators and the most talented writers were female, the attitude changed. Now there is perhaps even a slight majority of women in the fandom and e.g. on short story competition prize lists.

I think that one of the reasons for that is that in Finland, as in many countries, reading is considered a girlish hobby and it is not always socially acceptable among teenage boys. That might affect their interest in writing fiction and also gives the girls a head start in practicing their art.

HR: Finland has a strong tradition of gender equality, even going back to history maybe that relates to the very harsh natural conditions. Everybody had to pull their weight, the women were not confined in the house or the kitchen and participated in the work that the men did as well. This is also reflected into Finish politics, we had a female president, and we have strong female politicians in important post. So perhaps is a natural result of that.

AS: Which authors do you recommend to somebody who wants to start reading Finnish Science Fiction? 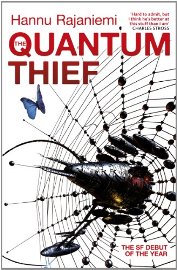 JS: I will concentrate on those names whose works are available in English. One of the brightest international Finnish sf stars is Hannu Rajaniemi, who does not live in Finland and writes in English, but is a Finn nonetheless and uses his heritage in his works, too. He has recently completed a hard sf trilogy that contains novels The Quantum Thief, The Fractal Prince and The Causal Angel. To mention a couple, two new rising Finnish stars are Emmi Itäranta with her novel The Memory of Water and Pasi Ilmari Jääskeläinen with his Rabbit Back Literature Society. Leena Krohn and Jyrki Vainonen are highly appraised veteran writers whose works sometimes verge on surrealism. Krohn’s books Tainaron and Datura are available in English, as is Vainonen’s collection The Explorer and Other Stories.

I am audacious enough to recommend also my own books: in addition to Not Before Sundown mentioned above there are now two other titles available in English. The other, Birdbrain, is not exactly sf – it has just a slight speculative element in it – but the latest translation The Blood of Angels is a near-future story. I also have sold the international English rights of my most recent novel, The Core of the Sun.

I have also edited a collection of Finnish speculative fiction, The Dedalus Book of Finnish Fantasy, in which the reader will find short stories and novel excerpts from a wide time range of Finnish fiction.

HR: From the translations available, for example Johanna Sinisalo’s classic Troll: A Love Story, Pasi Jääskeläinen’s The Rabbit Back Literature Society, or Emmi Itäranta’s The Memory of Water, a fantastic book recently published by Harpers and Collins.
But there are also writers who deserve to make a breakthrough soon, like Viivi Hyvönen, who has a wonderful new weird novel, “Apina ja uusikuu” (Ape and the New Moon), and Anne Leinonen and her collaborators, whose post-apocalyptic young adult trilogy would be very well received if it were translated, I think. It’s a good start!

AS: What are you working on right now?

JS: There is a very exciting science fiction TV series concept by a Finnish writer that our National Broadcasting Company is truly interested in. They are currently negotiating for international financing for the series. I am supposed to co-write the series with the author and we are now discussing the story and the production terms etc. with the TV people. It all looks very promising.

HR: At the moment I am working on a new novel which is a big departure for my previous science fiction novels. I can describe the genre as Ectopunk, ecto as in ectoplasm and punk as in steampunk. It is an alternative history based around the idea that the stranger notions of spiritist and mediums are real and lead to this alternative world view in science so technology develops around that; of course there are also are some quite fundamental social changes. In this book are going to be some elements related to Finland as well. I am having a lot of fun with that. It is very exciting to write something very different from the Quantum Thief novels.

Johanna Sinisalo is an important figure in the Finnish science fiction scene in the late 1980s and early ’90s (winning a rare back-to-back collection of Atorox Awards for short fiction in the genre), she was also the first Finnish science fiction writer to make a mainstream breakthrough by breaking genre barriers.
She studied comparative literature and drama, amongst other subjects, at the University of Tampere. Professionally she worked in the advertising business, rising to the level of marketing designer.
Sinisalo was awarded the Finlandia Prize for literature in 2000 for her first novel, Ennen päivänlaskua ei voi (translated as Not before sundown in 2003 and again as Troll — A Love Story in 2004 for the American market). The novel has been translated into several languages. Not Before Sundown was awarded The James Tiptree Jr. award in 2004. She was nominated for a Nebula Award in 2009 for Baby Doll. She is also the screenwriter of Energia Productions Iron Sky movie, a sci-fi comedy set in 2018.

His debut novel, The Quantum Thief, was published in September 2010 by Gollancz in Britain and was published in May 2011 by Tor Books in the U.S. The novel has been nominated for the 2011 Locus Award for Best First Novel.

Editor’s Note:  Finland is bidding for a Worldcon for 2017.

Robots are supposed to follow three laws that will maintain their loyalty to humanity. But as we all know, even a bunch of nuts and bolts can go bad. So let’s take a look at some of the bad robots we’ve grown to love.

Today is February 7th, and with Valentine’s Day around the corner, love is in the air. Which is why this month I’ll be taking a look at romance, and how it rubs up against speculative fiction. Before I get into it, I’d like to say that my analysis has benefited greatly from reading the many […]