Science Fiction has, for me, always involved a toy component.  It is apparently not enough for me to read, or watch, or listen to great, wonderful, awe-inspiring ideas, I also need to have them in my hands.

I missed the great mid-50s boom of Tom Corbett (and other property) inspired toys – the plastic space helmets, the Buck Rogers Ray Gun (from Daisy), – but I was in on the 60s Irwin Allen & Gerry & Sylvia Anderson craze. 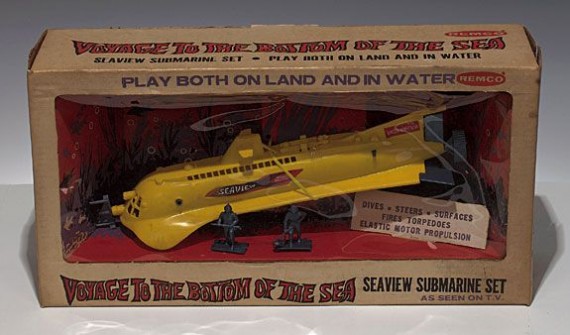 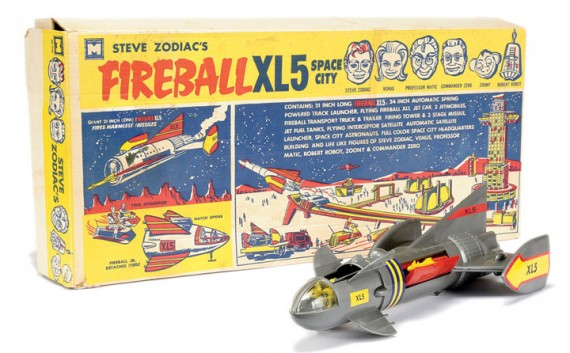 Firmly in.  I had a Voyage to the Bottom of the Sea Seaview submarine; a model kit of the Spindrift from Land of the Giants, a Fireball XL 5 playset, a Cape Canaveral playset;  I had a spacesuit and capsule for my G.I. Joe (he was always crashlanding on some mysterious planet that greatly resembled north eastern suburbia, populated by giant humanoids);  later, I would acquire Zeroids, Hamilton’s Invaders, and a host of one-off space & SF – related toys, a spaceship, aliens and space marines made by the GIANT plastic toy company of Honk Kong (the aliens from that set now command tens of dollars per figure); various rocket and missile launchers, ray gun water pistols, wind-up and battery operated robots, plastic astronauts and aliens, even 12″ articulated aliens to accompany my G.I. Joes, Action Men & James Bond dolls. 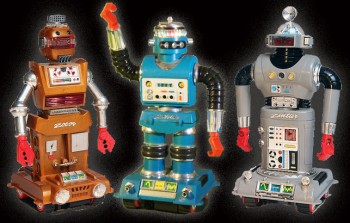 I never did manage to convince anyone to start me down the Major Matt Mason road – but that probably had more to do with my own internal toy conflict – I liked soldiers and tanks and military model kits almost as much as the SF themed toys and the military stuff was generally in wider distribution (still is today….). 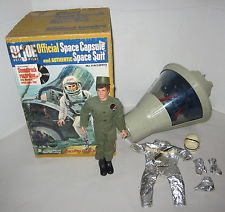 Sadly, although I am a packrat, the vast majority of my toys have disappeared over time;  the Seaview is probably diving deep in some Jersey landfill; the XL 5 is defenseless (I know, its twin missile launchers were broken well before I lost track of it). 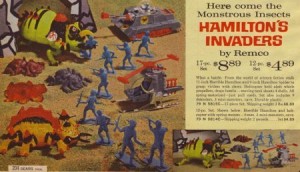 Fortunately, the one group that has probably benefited the most from the internet are nostalgists.  I kinder word for graying oldsters who never entirely grew up and are now (spending big dollars) recapturing the toys of their youth.  I’m no exception, though a limited budget prevents me from collecting in a systematic fashion (as in “find it, buy it”);  I have to be content with making good finds and the happy circumstance that those finds coincide with a budget that can support them;  I’ve picked up a Fireball XL5 lunch box (to go with my Lost In Space lunchbox – I use them both as toy chests, lol) and some Archer plastic spacemen;  a set of these frequently topped my birthday cakes. 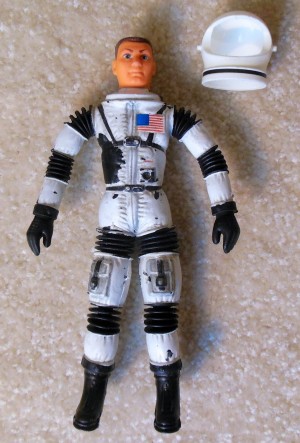 There are a ton of websites specializing in space toys, plastic army men (space marines count), rockets, ray guns and robots.  If you’re looking for a nostalgic toy trip, try visiting some of these sites:

Alphadrome Robot and Space Toy Database;  if you can’t remember the name of that toy, Alphadrome has a pretty good image database.

Doc Atomic’s Attic of Astounding Artifacts is a blog and visual repository (sadly, not updated since 2012), but it still has a nice collection of various toys.

The Spaceman’s Toy Chest is another blog chronicling the adventures of a collector and archivist – lots of good research there.

Ebay itself is not a bad place to search either.

Main Street Toys has a “vintage space toys” section worth perusing, as does Collector’s Weekly (with mostly links to Ebay auctions).

Ozzie’s Robots Toys & Collectibles generally specializes in vintage robots, and is for the higher – end collector

Hobby Bunker covers more than SF toys, but sometimes has things of interest…Toy Memories is more of a blog but has some interesting information.

Uncle Odies is more image oriented but also has some collectible toys.