Resident astronomer Mike Brotherton has had an article published in Nature. 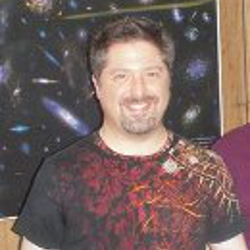 Our own science & science fiction contributor, astronomer Michael Brotherton of the Department of Physics & Astronomy, University of Wyoming, and one of the lead organizers of the Launchpad Astronomy Workshop has had an article on the nature of Quasars published in the distinguished journal – Nature.

You can find it here.  The abstract describes it thusly:

An analysis of a sample comprising some 20,000 mass-accreting supermassive black holes, known as quasars, shows that most of the diverse properties of these cosmic beacons are explained by only two quantities. 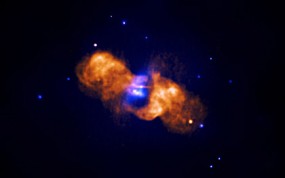 Yep.  When Mike isn’t treating us to discourses on the (bad) science in science fiction films, ranting against the anti-science collective that is our world or making insightful observations about the intersecting disciplines of (good) science and (good) science fiction, he’s got his head firmly planted in the clouds of degenerate matter swirling around black holes.  And not just any ol’ black holes mind you:  mass-accreting SUPERMASSIVE black holes.  And not just one.  Oh no.  He’s got TWENTY THOUSAND of ’em!

(He’ll probably gig me on that degenerate matter thing but you know, it just sounds good.)

We here at the super-massive SF site known as Amazing Stories are proud to count Mr. Quasar among our numbers.  We’re also very relieved to learn that someone, somewhere is keeping track of those pesky things.

A HUGE roundup of genre happenings in Hispanoamerica

Sciency stuff, getting along on the holidays and what NOT to put in your oven.

Six Possible Changes to the World Map by 2020