“To dream, the impossible dream, to reach the unreachable star…”

Science fiction stories like Poul Anderson’s classic Tau Zero have taught us that with constant thrust, the universe is our oyster. We can practically go anywhere in finite time thanks to the time and space bending features of Einstein’s relativity. The classical problem with achieving and maintaining constant thrust over arbitrary time periods is a matter of fuel; most spacecrafts are some form of rocket, exploiting Newton’s laws of motions to move in one direction by ejecting fuel in the opposite direction. Over a short period of time, the fuel runs out. But does it have to?

Anderson’s solution was to have his spaceship scoop up new fuel on the fly, something that’s probably too difficult to do in practice. Still, there may be other solutions.

A so-called “impossible space drive” was recently widely reported to be found plausible by NASA. The idea behind the drive is based on quantum effects, and the experimentally supported idea that a vacuum is not empty, but rather contains a sea of virtual particles existing and vanishing on scales so short and tiny that they might as well as not exist. But if they do exist, which is a tenant of modern physics today, might they not serve as an effective fuel? Push on them for the tiny times they exist, in vast numbers, and move the other way? Can this solve the fuel problem?

I don’t know. Maybe. I’d love to think so. I want to believe.

But the NASA tests of the emdrive found only a tiny fraction of the thrust previous experiments had claimed, and in fact didn’t really confirm it at all. I mean, their null experiment found the same thing, which suggests to me that there’s no effect at all or that it is swamped by systematics in the experimental apparatus. What they found was not zero thrust, necessarily. Still, many of the science reporters out there don’t know much science and simply seized on the idea that exploits our desire to believe: the impossible space drive is potentially possible, NASA says so!

Yeah, I want to believe. I have an open mind, but as a scientist I have to maintain skepticism. I don’t have to believe in anything without evidence — good evidence — and I am always ready to adjust my beliefs as new evidence comes in.

I don’t believe modern science has answered every question yet. Not by a longshot! More papers are published every year. Advances are often small, but regular. We’re learning more. Is an classically impossible drive without fuel possible? Probably not, but no way would I say certainly not! I want to believe, and that desire is supported by a history of scientific breakthroughs that have led to technology that would be magic to humans a century or two ago.

The universe may yet be our oyster. If the impossible dream — I mean drive — doesn’t work out, maybe we can learn to warp space. Or convert matter into light and back again. Or side-step into another, smaller dimension. Science fiction provides the dream. Let’s keep dreaming! 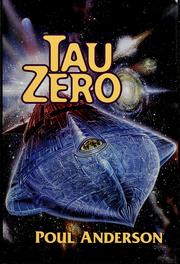 MOVIE REVIEW: Would Scarlett Johansson get UNDER your SKIN?

SF, Fantasy and Horror On TV

Why worry about this universe when you can create your own?

My Very Educated Mother Just Showed Us Nine Planets is going to be getting a whole lot longer….

CLUBHOUSE: Review: The War Beneath: The Rise of Oceania, a techno-thriller by Timothy S. Johnston