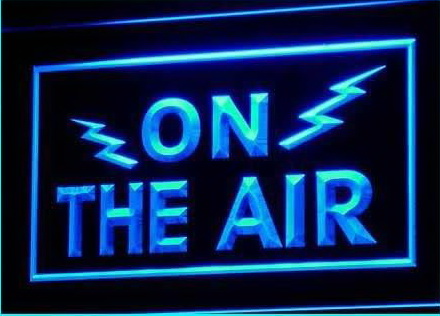 When I was a young man I hosted a half hour science fiction radio show called The Ether Patrol. Modelled somewhat after Southern California Pacifica Radio’s Hour 25, The Ether Patrol broadcast from a dingy little community radio station in Vancouver, British Columbia. This was in the days before the internet, before podcasts, before anybody with an iphone and a few apps could do the same thing.

We were billed as “The show that wonders” and we spent one half hour every Thursday evening indulging in unrepentant geekiness and enthusiasm for the worlds of science fiction and fantasy. Along the way we interviewed authors and celebrities – Spider Robinson, William Gibson, Harlan Ellison, David Attenborough, Johnathan Frakes – to name only a few,. We brought in panels of “experts” to discuss books, movies, telvision shows and we performed the occasional radio drama.

My partners in geekiness were the show’s co-host, Kyle R. Kirkwood and the producer, Stuart Royan. Every week we did what we wanted. We didn’t always do it well and most times we thought we were doing it better than we actually were, but we produced a show every week for something like eight years before we decided to hang it up.

We had the use of a radio station with several recording studios. The equipment was mostly second-hand and we recorded it on old reel-to-reel magnetic tape. All analog. No digital.

As I said before, anyone with an i-phone and a few apps could do the same thing today. Podcasts spring up on the internet like weeds. You can produce the equivalent of The Ether Patrol in your bedroom today and it would probably sound better. But back then we were a rarity. We were listened to by a local audience and eventually by a wider audience on satellite, but we were one of the fortunate few who got to do our own radio show.

Today anyone can do it and can reach a larger audience via the internet. If you have the enthusasm, a little bit of know-how, if you can manage some social media to drum up some publicity, you can reach a very wide… a world-wide audience.

If I had to do it over… if I could contact my old cohorts and convince them to “get the band back together”… if I weren’t so old and tired… I would start up The Ether Patrol again. We could do it from our various home computers in our houses. We wouldn’t have to make the trek to the seedy part of town to an old, run-down, crumbling building that housed a community radio station. We wouldn’t have to even have a specific time slot. We’d do what we wanted and record the shows and put them up as podcasts. Our audience would be world-wide instead of just regional.

Or maybe not. I’m not a kid anymore. I’m somewhat chagrined to have to admit that I’m really not up on all the new digital recording technology.

The world has changed. There are more opportunities for enthusiastic science fiction and fantasy fans to express themselves in ways that I never dreamed possible when I was young. It’s time for some young fans with more enthusiasm then sense to go and do that now.

Maybe The Ether Patrol: The Next Generation?

I’d listen to that.