Home Science I Don’t Want to be Teleported! 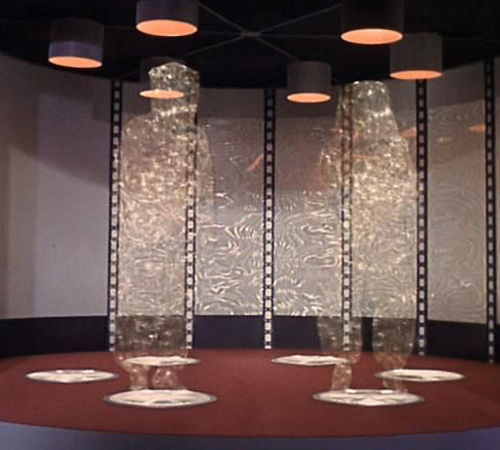 I don’t want to be teleported.

Why, you ask? Why wouldn’t I way to experience instantaneous transportation from one location to another? Imagine it; You step into a transporter booth in North America and then, in the blink of an eye you are in London or Paris or Tokyo or Queensland.

No airports. No TSA. No pat-downs or strip searches or X-ray machines.

Maybe you want to go further. In the flutter of a hummingbird’s wing you could be transported off the Earth. You could be zapped to the Moon or Mars of Saturn or even halfway around the galaxy. No time dilation. No cryo-sleep. Just one heartbeat and you’re there.

But there’s a problem. And it’s a big one.

Okay. Let’s start with the basics. What is teleportation?

According to Wikipedia, Teleportation is a theoretical transfer of matter or energy from one point to another without traversing the physical space between them. So matter has to be transferred to energy. Okay. The energy is then sent from point A to point B and reconstituted back into matter. Cool.

Cool, that is, for anybody except the person being transported.

See, as we probe the actual physics of the process, things start to get ugly.

According to physicist Charles H. Bennet, a research fellow at IBM research, Quantum Teleportation is an actual physical possibility. Bennet discovered “quantum teleportation”, an effect in which the complete information in an unknown quantum state is decomposed into purely classical information and purely non-classical Einstein-Podolsky-Rosen (EPR paradox) correlations, sent through two separate channels, and later reassembled in a new location to produce an exact replica of the original quantum state that was destroyed in the sending process.

You see my problem here? The “original quantum state… destroyed in the sending process”?

From the point of view of two bystanders, let’s say, Scotty in the Enterprise transporter room and the Orion woman that Kirk has a date with on the planet’s surface, Captain Kirk steps onto the transporter pad, Scotty pulls the little red lever and watches Kirk’s physical form coalesce from matter into pure energy. That energy is beamed to the surface where it is reconstituted into perfect working order and into the waiting embrace of the Orion woman. From the point of view of those two observers the Kirk that steps into the transporter and the one that goes on the date is the same.

However, I think we all know what really happens. Kirk steps into the transporter and is disintegrated. His matter is translated into energy which stays on the ship. Sure, his pattern is reconstituted into matter from energy on the surface of the planet, but the resulting Kirk is merely a simulacrum, a copy of the original whose energy is now being used to run the systems of the Enterprise and will eventually, in 80 years time, end up being reconstituted into a cup of Early Grey Tea for Captain Picard.

That’s an ignoble fate for a Starfleet captain. No wonder Doctor McCoy never wants to use the transporter.

Of course, science fiction readers have known this for a long time. The idea of the teleporter was first introduced in a story called THE MAN WITHOUT A BODY in 1877. In Edward Page Mitchell’s story a scientist develops a method of disassembling atoms and transmitting them over a telegraph wire and then reassembles them at the other end. After a successful experiment with a cat he tries to send himself. Unfortunately something goes wrong and the battery fails and only his head is reassembled.

Not an auspicious beginning for the ultimate science fiction method of travel.

Of course we all remember THE FLY. In the original short story by George Langelaan (and in the two films from 1958 and 1986) a scientist tries the same teleportation trick only to have his body merged with a pesky housefly in the resultant reassembling of matter. (Always keep you laboratory clean, kids!)

Given these catastrophic failures it’s a wonder how this method of travel ever caught on, but it did. It has been used to transport characters in stories by Arthur C. Clarke, Isaac Asimov, A. E. Van Vogt, Alfred Bester, Larry Niven, Dan Simmons, Douglas Adams… the list goes on. Teleportation makes regular appearances on television with Star Trek, Doctor Who, Blake’s 7, the various Stargate series and many others.

Of course, no author understands the full horror of the actual cost of the teleportation process like James Patrick Kelly in his 1995 Hugo Award winning story “Think Like a Dinosaur”. In that story the eventual demise of the original subject is put off for a time, but, as the laws of the universe are fixed and immutable, it cannot be put off forever. The balance has to be restored and humanity is flushed out the airlock… literally!

So, to reiterate, you can keep your fancy teleportation. Doctor McCoy and I will take the shuttle. It will take longer and uses more energy, but at least I know that the “original” me will be able to enjoy the warm embraces of the Orion Women and not some high-tech copy.

I shoddy the window seat, Bones!