FuturesPast Editions, licensee of the iconic Amazing Stories brand for the Amazing Stories Classic Reprints imprint, has released the cover for their first, forthcoming offer, a reprint, in full, with BONUS MATERIAL, of the 35th Anniversary Special Edition of the magazine. Dated April, 1961, this issue was the first anniversary special published by the magazine.  The previous thirty-five years of ground-breaking SF content was mined to put together an issue jam-packed with seminal tales and big names! This issue includes a John Carter of Mars story by none other than Edgar Rice Burroughs;  the Buck Rogers origin tale Armageddon 2419 AD; the first in a wonderful series of robot tales by Eando Binder – I. Robot (yes, that was the first story to have that title!), the Ray Bradbury story I, Rocket, offerings from Edmond Hamilton, R.F. Starzl, David H. Keller and a special introduction by Hugo Gernsback. In addition, FuturesPast Editions ebooks (and print!) has included all of the original title artwork that accompanied these stories upon initial publication and – AND – they’ve added full color reproductions of the covers for every issue of Amazing Stories in which these stories originally appeared.  Burroughs, Bradbury, Binder, Gernsback, Hamilton, Keller Nowlan, Strazl, AND Frank R. Paul! This complete reproduction of the 35th Anniversary Edition of Amazing Stories will soon be available to order on Amazon and on the FuturesPast Editions website. In the meantime, feast your eyes on this stunning cover – with a Frank R. Paul illustrated back cover! 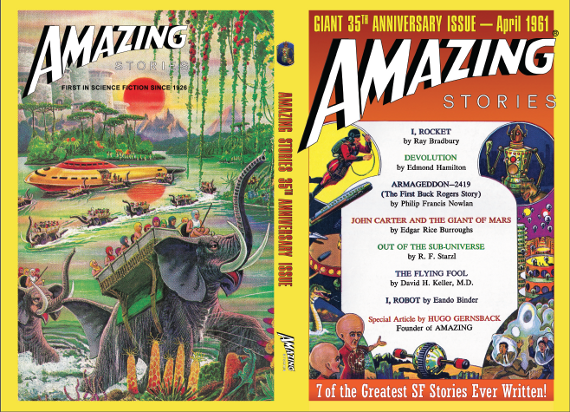 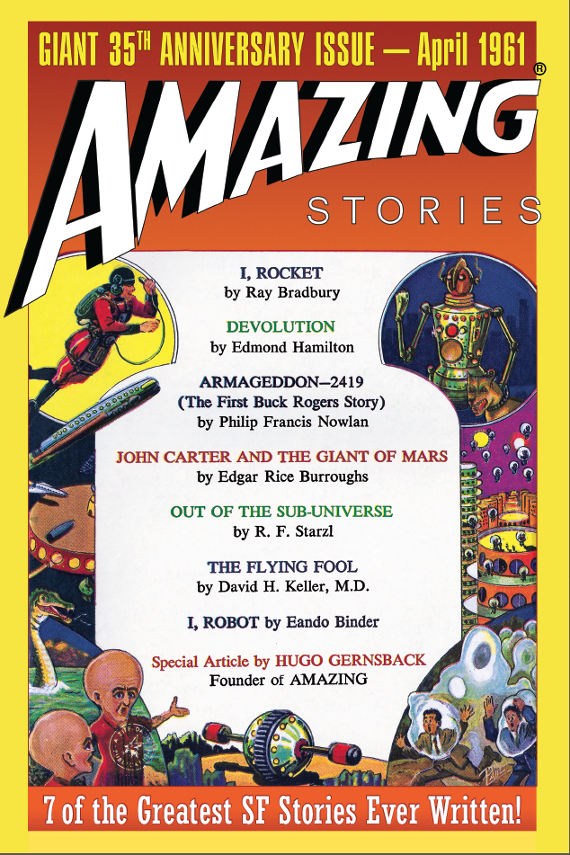 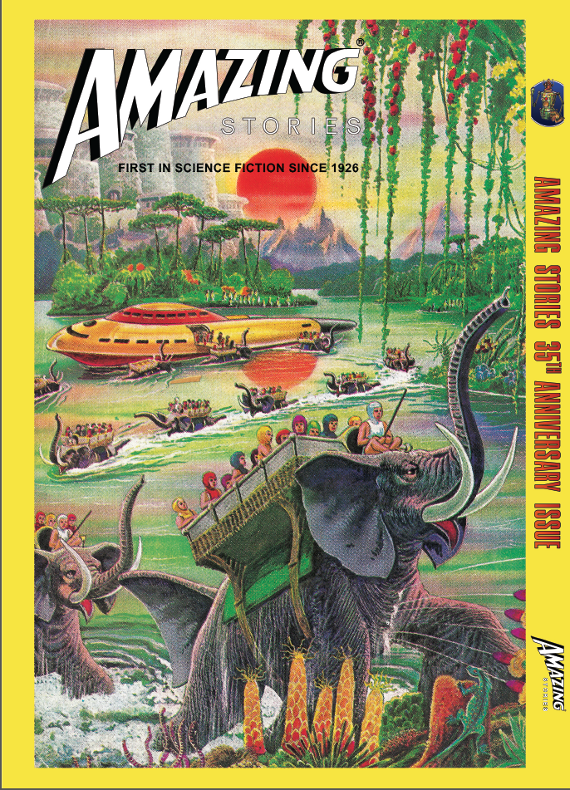