Home Science Mars in Books and Movies, but Where’s the Dramatic TV Series?

Last year I wrote about how Mars was the “vampire of science fiction,” a story element that kept popping up from many writers over more than a century. That particular post focused upon novels and short stories, but I could have also included movies:

Total Recall (1990) — at least it’s the Mars of the imagination, if not really Mars.

Mars continues to show up everywhere EXCEPT in a TV series. You search for Mars on TV and you get Veronica Mars and Life on Mars, not exactly TV shows set on Mars. The closest I remember was several decades ago with the Martian Chronicles mini-series.

We’re overrun with doctor and lawyer dramas, featuring smart, interesting, attractive people living their personal lives against the backdrop of interesting and life-threatening situations. I can see why it would be challenging to make such a drama set in a science lab, assuming it was trying to be realistic, but how about exploring Mars? It can be straight up realistic, or could include speculative elements (life on Mars, alien ruins, terraforming, etc.). It could be about the first landing or about colonization, perhaps from multiple countries. It could be a lot of things, all generating natural human conflict, and I would tune in and watch.

Maybe the recent success of Andy Weir’s The Martian will help, if the Ridley Scott directed movie version featuring Matt Damon takes off. I’m up for another good Mars movie, but I’d really like to see a high-quality weekly TV show, where I think it really would be novel. 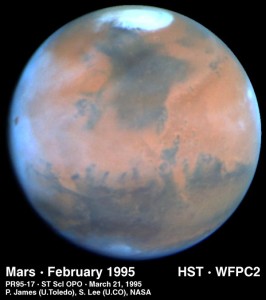