If the first season of J. Michael Straczyinski’s epic five year televised novel BABYLON 5 (which he has occasionally described it as) was the prologue, then season two was the first chapter.

It seems strange to label 20% of the series length as prologue but in story terms it very much is: while much of the season does develop major character points, only a small portion of it is devoted to setting up or detailing prevailing plot elements which continue on into the second (or later seasons). As a result, when summarizing the story of the show, season one gets the shortest shrift.

There is also another reason, and it plays directly into why season two is the way it is.  Many of the characterizations developed during the first season surrounded the show’s lead character—Michael O’Hare’s Jeffrey Sinclair—as you might expect. With O’Hare’s departure from the show in-between the first and second season, not only were many of those plot points rendered moot (they were eventually dealt with, but with seemingly less impact on the eventual climax of the plot based on Straczynski’s comments about the changes to his arc) but the first quarter to half of the season had to be redeveloped to deal with O’Hare’s replacement: Bruce Boxleitner as Captain John Sheridan. 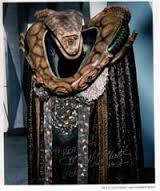 While a very different presence than O’Hare, Boxleitner easily filled his command shoes with his own particular form of command gravitas, but was less successful at some of the comedy elements or philosophizing, which became progressively heavier as Sheridan begins taking lessons from the stations resident enigma—Ambassador Kosh—revealed late in the season to be one of the last of the original space faring races left in the galaxy, remaining behind to band the next generation of races together against their eternal enemies, the Shadows, who had begun to move again.

More than just filling O’Hare’s presence, Straczynski and Boxleitner had to spend a great deal of time creating Sheridan’s relationships with the other characters who, except for Claudia Christian’s Ivonova and Richard BIgg’s Dr. Franklin (we retroactively learn), he had never met.  Particularly his relationship with Ambassador Delenn (well established from the pilot onwards to have known Commander Sinclair for many years), which will be increasingly significant as time moves forward.  It also requires multiple episodes to explain to the audience WHO Sheridan is (one of the ultimate questions of the series), starting with the season opener ‘Points of Departure’ when he arrives at the station to deal with a rogue Minbari warship and learns the real reasons why the Minbari surrendered at the end of the war with Earth.  It’s one of the weaker season openers of the series (and unlike season one’s ‘Midnight on the Firing Line’ not as a red herring generator) for the same reason many of the other Sheridan specific episodes are; Straczynski is forced to tell, not show, why Sheridan is held in the esteem he is—with many characters mentioning his past exploits with awe and trying really hard to sell it—because there is no time within this busy season to do much else.

Nor was that the last time Straczynski was forced to make such a drastic move, not even the last time in the season, as Andrea Thompson’s Talia Winters also departed the show in the last batch of episodes, when the actress spontaneously quit the show to pursue a career in broadcast journalism.  By his own admission Straczynski built in a series of ‘trap doors’ for each of his characters should they have to leave, in order to make the event feel somewhat organic and not fall into a ‘sending the character to the attic for skis’ moment (a reference to emphasis episode of ‘Guiding Light’ where a departing actor’s character did exactly that; he did not come down with the skis for 20 years).

In its own way such moments did make a tone for the series of both dread and of realistic unpredictability – there was simply no telling when a major character’s departure would be for real (this was well before shows like THE WALKING DEAD and GAME OF THRONES made such things more common place) and Straczynski used that feel to good effect as the show went on, throwing out red herrings for almost every other character that ‘this was it for them.’

But for all the lemonade Strazcynski was able to make form it, such moments do create a visible speed bump in the pace of the series and the second season.

That said, season two is where things really start to get good.  Not only do many of the major plot elements begin showing up in full force – besides closing the Earth/Minbari war story which filled the pilot and the first season we start to get loads of background on the Vorlon/Shadow conflict—but many of the major bits of characterization set up in the first season begin to become undone and deconstructed here. 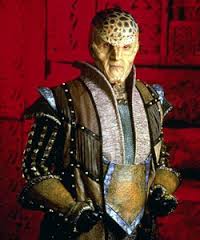 he most significant, possibly the most significant bit of characterization of the entire run of the show is the reversal of fortune for Andreas Katsulas’ Ambassador G’Kar and Peter Jurasik’s Ambassador Mollari. G’Kar, painted from the outset as an ambitious, ethically dubious character that would do anything to put the Narns at the top of the galactic hierarchy, sees everything he’s struggled for come apart as his people once again go to war with the Centauri and once again lose, disastrously. In the process he becomes an incredibly sympathetic character on the road to becoming one of the show’s genuine heroes. 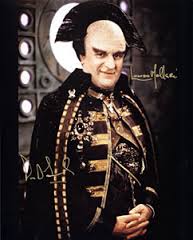 On the opposite end of the spectrum comes Londo Mollari, who spent most of the first season as the shows almost comic relief—a decadent bon vivant from a decadent culture but inherently well-meaning—slowly becomes an instrument of tyranny, unknowingly (at first, but eventually very knowingly) helping the Shadows and their agents sow chaos through the galaxy. The isolation and psychic pain of what he is doing and how it is affecting others ways on him throughout, yet he feels compelled to continue doing it. It’s hard to say who has the harder job, between the two actors, but both pull it off with aplomb. It does help that it is here that we get the introduction to the villainous Lord Refa, Londo’s foil for the next two years.

Nor are the Narn’s and Centauri alone in the deeper examination of the culture. Season One ended with a big cliffhanger over much of the casts fate (something future seasons would repeat): Security Chief Garibaldi was shot, Ambassador G’Kar had left for the Outer Rim to investigate what had destroyed their colonies, Ambassador Mollari had been recalled to the Centauri Homeworld to explain how he had managed to destroy the Centauri colonies and Ambassador Delenn had entered a cocoon. 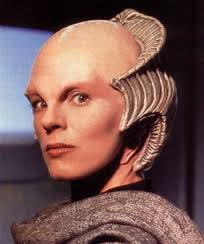 In Season Two, after several episodes, she emerges sporting semi-human features (notably Mira Furlan’s actual hair, so that she would no longer have to wear the full prosthetics of season one barring the odd flashback) as part of a deepening prophecy about the past and future of the Minbari race, which will not fully be explained until Season Three.

In the meantime, however, it allows Straczynski to paint the Minbari as a more deeply conflicted group, and in some ways less enlightened group, than they were originally presented as many Minbari refuse to accept Delenn’s new form, revealing a strong strain of ‘racial purity’ in the culture. A strain which, as the season goes on, sees Delenn removed from power among the ruling Grey Council and the unbalancing of the Council in favor of the Warrior Caste, a move which will eventually lead to the Minbari Civil War.

Things are even less settled within EarthForce or the Earth Government, as Straczynski begins to lay down the hints about a move by Psi Corps to take over the Earth government and the hidden work by a section of the military to prove that they and the former Vice President were behind the former President’s murder. A movement Captain Sheridan is right in the middle of.

We also get the first mention of the Rangers, the shadow army formed specifically to combat the shadows which has laid dormant for some time but has now come alive thanks to Commander Sinclair (who gets a video sendoff explaining what’s happened to him, but nothing more till late in Season 3).

All of this work sees many of the actors pushed out of the comfort zones as characterization is continually upended, never allowing anyone to simply fall back on habit to deliver a scene. For the most part everyone responds well, though anything outside of the main plot tends to be very broad, and by the end even Sheridan has become a known enough quantity that subtlety can find its way in. Even better, it is at this point that much of the standard sci-fi of the week material of the first season begin to die away (the bulk of them are in the first half, and even those typically have some connection to the larger story through their B-plot) in place of more politically based stories as the various factions maneuver themselves into position for the next twist. Not surprisingly, it is also at this point (around the second half of the season) where Straczysnki does away with a writers room, penning all of the episodes of the show himself until Season 5 (when Harlan Ellison and Neil Gaiman contribute an episode each), an unheard of feet for a series running 22 episodes a season.

The second season also sees a vast improvement in Foundation Imaging’s already excellent effects work, solving as many problems as possible within an early 90s production framework (particularly the fact that they’re still rendering effects out at standard definition for broadcast at this point). Unfortunately this is the last season they worked on the show, as executive producer Douglas Netter’s newly founded Netter Digital takes over in season 3, and Foundation transitions over to working on arch-rival Star Trek for the rest of the decade.

It’s not all perfect.  The season finale is the weakest of all of the seasons, with little real build and a strange disconnect to the beginning of Season 3. And Straczynski was saddled by executive management with a hotshot pilot character who is noticeably shoe horned into many early episodes before eventually being forgotten, and then summarily killed off.

Still, by and large, this is where things get good for Babylon 5. When people talk about what they love about the show, this is where much of that material comes from. While you would be missing some essential material you could theoretically jump on board the train right here and it would all work out. Season Two is also the last point where that is possible. From here on, it’s one long, non-stop rollercoaster to the finish.

Or at least to the end of Season Four.