I heard somewhere that statistically men are more likely to collect things than women. 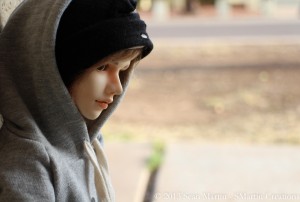 Though I’m not exactly convinced since there is so much out there that one can collect such as movies, music, books, comics, actions figures, and even dolls. Maybe some of these seem more gender specific than others. Though with the gender statistics aside, I collect all of these. Now I know what may come to mind, “They aren’t dolls, they’re action figures!” No, I collect both. I have countless old toys from my childhood including many of the new and old Star Wars figures. Then I have my dolls, or shall I say Asian ball-jointed dolls. These are resin cast, fully customizable dolls and they aren’t a ten or fifteen dollar action figure that you can pick up at your local toy store. They cost a couple hundred dollars and I’m sure as you can guess by the name, they’re Asian and thus from a number of countries such as China, Korea, and Japan.

Asian ball jointed dolls frequently cross fandoms with the Anime and Cosplay crowds and range from tiny miniatures at 11cm to large and detailed sculptures at 90cm. The resin used varies from company to company and each one has their own unique face and body sculpts. There are countless dolls that vary from animals and mythical creatures to humans and metahumans. There are endless possibilities in what you can create. When purchasing a doll, the owner gets to choose not only what clothes the dolls will wear but what eyes and what hair they will have. Should they get bored or change their mind about what kind of hair the doll should have, it’s an easy swap of a wig. Everything becomes customizable with these Asian ball-jointed dolls as you paint and exchange parts as you see fit.

So where do you find them? While there a plethora of companies and communities rich with information, one of the first stops for a beginning collector is BJD Collectasy. Here you can find new sculpts and links to the various companies. Though this is more of the quick and dirty way of getting into Asian ball-jointed dolls. Here, there are plenty of fingers to point you in the right direction. Though, many BJD collectors customize these dolls to become their own characters or creations and that usually doesn’t come in a stock doll. For the more in depth customizations, collectors turn to the community of forums.

What better way to get into a hobby than by talking to more experienced hobbyists? Asian ball-jointed doll forums gather most of the knowledge and experience out there in one place. Likely the largest and most infamous of the English speaking forums is Den of Angels. Due to the hundreds of members paired with a vast second hand market place, DoA is highly recommended for new owners. Yet due to some strict policies regarding what is on topic for the forum and difficulty signing up, Den of Angels’ popularity has waned some over the past year or two. Though, DoA is not the only English speaking forum out there. Castaways is a somewhat recent forum that boasts an inclusive community of doll owners and hobbyists. While the community is only a fraction of what you can find on DoA, many members have said that Castaways hosts a friendlier atmosphere and is much easier to join. Conversely,

both forums require you to sign up and meet a post requirement before achieving access to some of the key features such as member galleries and the market place.

Buying an Asian ball-jointed doll can be difficult especially if it’s your first time. If the price tag doesn’t discourage you, sometimes the countless options can make your head spin. With all the companies to choose from, where do you start? Well as some say, It’s best to start at the beginning. 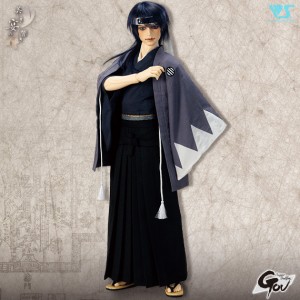 This Japanese BJD company was the first of the modern Asian Ball Jointed Dolls. Many of their dolls are limited edition and while Volks is a one stop shop for purchasing a complete doll, many of them look the same with an animu aesthetic. Though this company is known for it’s high quality. 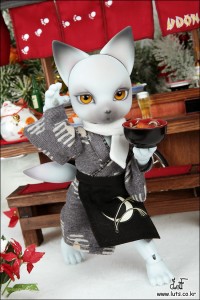 This Korean company supplies moderately priced dolls for their size and they are quite sturdy. Their dolls are known to pose well on their own and they have a somewhat diverse collection of sculpts. A good choice for a beginning owner as they tend to be easy to deal with and have good customer service. 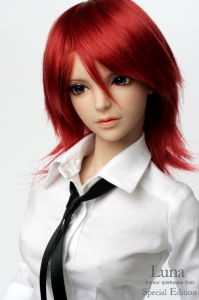 A very diverse collection of detailed and realistic sculpts, this Korean company has been known to have excellent customer service. Though each large sculpt looks completely unique, the price can be a bit much as the larger dolls go. 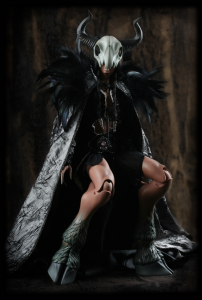 Yet another company out of Korea, this one is best known for releasing monthly limited dolls. A majority of their dolls come with fantasy parts such as horns, hooves, paws, or even wings which is likely what has made them so popular. Yet, their dolls tend to have a steep price tag that only skyrockets on the second hand market after the doll’s release and have reportedly poor customer service.

These are only a handful of the many companies and likely some of the better known ones. Even if you’re looking for a personification of a character or have a fascination with dolls, they can be a lot of work but equally fun with the community of owners and photographers. There have even been dolls made to look like Tom Hiddleston as Loki or the Winchesters from Supernatural. Even more, there have been a number of artist or independent sculpts that are made to look like actors and video game characters alike, such as Nathan Fillion and Albert Wesker of the Resident Evil series. So there might be something for everyone in this hobby.

Is it old? Is it new? Is it even SF/F? Steve examines the ever-popular Saint series by Leslie Charteris.

Are solar-powered airships the future of cargo delivery?

The Greatest Science Fiction Novels of All Time Part 6