Forty five years ago today, the United States landed a man on the Moon and returned him safely to the Earth.

Forty Five years ago today, Apollo 11 successfully landed in Mare Tranquilitatis, a scant 5 seconds worth of fuel left in the lander.

Just four days before on July 16th, Apollo 11 with Neil Armstrong, Buzz Aldrin and Michael Collins aboard lifted off from Cape Canaveral, Florida.

Below are several images that will help you find the actual location of the landing, a spot on the Moon that you can see by going outside on a cloudless night if the Moon is in the right phase. 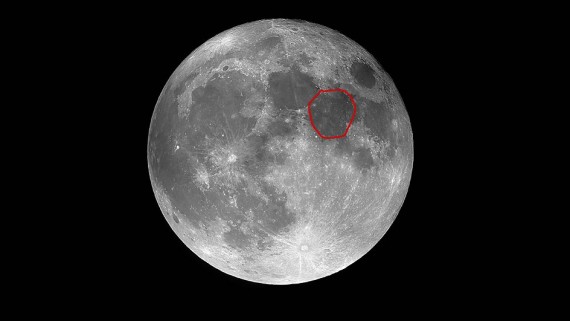 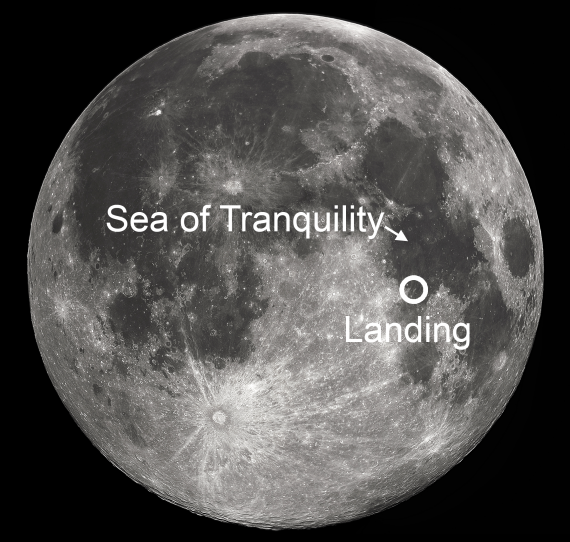 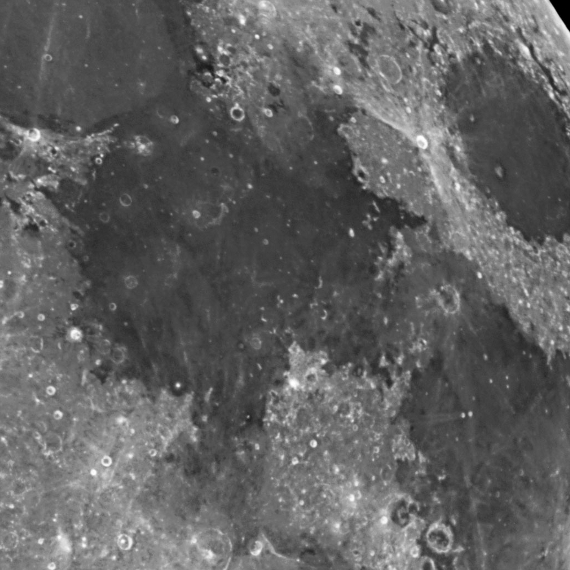 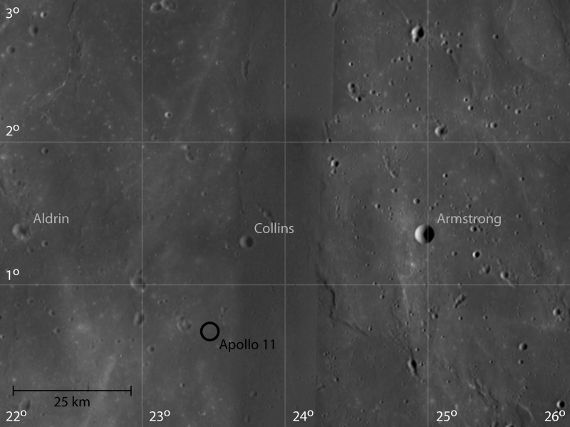 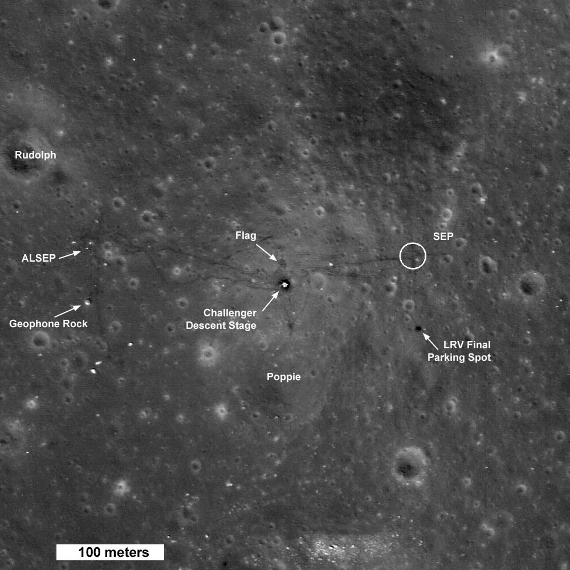 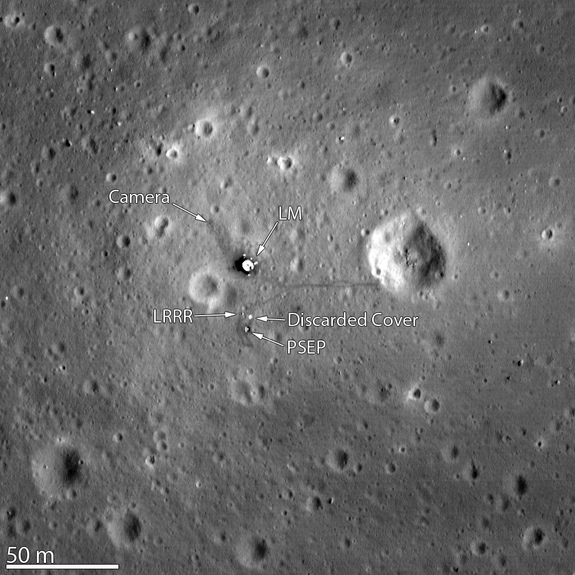 The launch itself was exciting, though of course we’d all seen several successful Saturn V launched before.

The wait until the vehicle had inserted into Lunar Orbit was excruciating.

Nearly the entire world watched as the LEM made its descent that culminated with the words:

“Contact Light. Houston. Tranquility base here. The Eagle has landed.”

Everyone around the globe heaved a collective sigh of relief, echoed by Mission Control’s response:

“Roger Tranquility.  We copy you on the ground. You got a bunch of guys about to turn blue.”

Then we waited with even more breathless anticipation as Armstrong and Aldrin took a rest before performing their EVA to the Lunar surface.

The words have since been immortalized.

You can recapture much of the excitement and anticipation of those days watching the following video.  Pay close attention to Walter Kronkite towards the end.  Like so many of us who witnessed this event, Walter too seems to believe that a whole new era of the human exploration of space had just begun.  How sadly wrong he was.

Some images for those who may not have actually lived through this event: 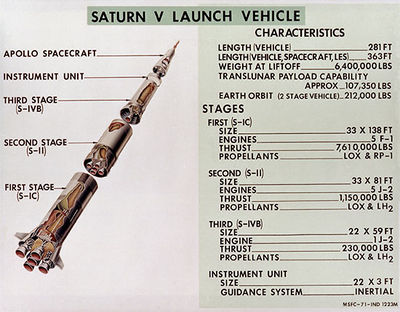 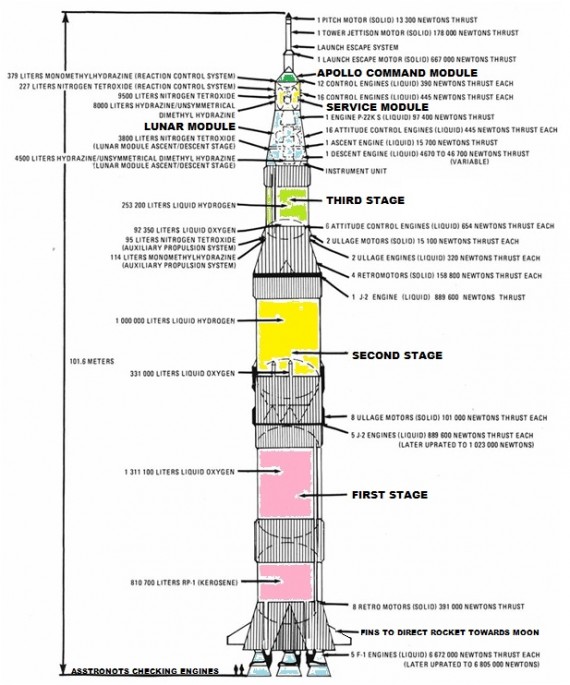 A Mass of Sound And Fury, Signifying Nothing

a new experiment that could redefine gravity

The Gernsback SF Writing Contest Is Coming At You!