Home Poetry Poetry Round Up June 2014

Just about every other month, or every 4th or 5th post I do here on Amazing Stories has been a so-called Poetry Round Up. This is where I roam the interwebs on the lookout for great genre poetry, or even just genre poetry that catches my fancy, a ‘Zine that I haven’t seen before or one that I have, that has consistently great poetry. 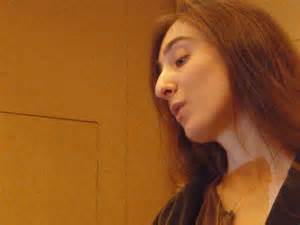 I know I’ve mentioned this before, but one poet whose work I have admired almost since I discovered SF poetry was a thing is Sonya Taaffe. She writes short fiction and poetry, which can be found in the collections Postcards from the Province of Hyphens (Prime Books), Singing Innocence and Experience (Prime Books), and A Mayse–Bikhl (Papaveria Press), and in anthologies including Beyond Binary: Genderqueer and Sexually Fluid Speculative Fiction, The Moment of Change: An Anthology of Feminist Speculative Poetry, People of the Book: A Decade of Jewish Science Fiction & Fantasy, The Year’s Best Fantasy and Horror, The Alchemy of Stars: Rhysling Award Winners Showcase, and The Best of Not One of Us. She is currently senior poetry editor at Strange Horizons.
She pointed me toward five recent online publications of her poetry, as well as a couple of print anthologies, one of which I will review in the coming months. I’ve already mentioned two of the online poems in the previous iteration of the Round-up (in Goblin Fruit and inkscrawl), but there were three I hadn’t consciously seen yet and one more I (re-)discovered on my own:

Ideomancer is a beautiful quarterly eZine, which includes SFFH fiction, poetry and reviews. I love that you can click on “poetry” under archives in the right hand column and scroll through all the poetry that’s appeared in the ‘Zine. 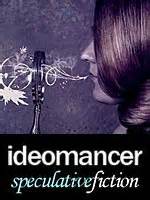 Poetry in this current issue (Volume 13 Issue 1) is “Clockmaker” – Shannon Quinn; “The Cultivation of Beauty” – Sara Cleto; “The Weight of Winter” – Michael Matheson; and finally “In Conclusion” – Sonya Taaffe. They are strong poems, all of them, occupying a space betw
een things – animation and clockwork, life and death in winter, and the juxtaposition of death and muse and writer. I particularly enjoyed Michael Matheson’s poem with its emphasis on the desolation of a winter world, where it’s hard to tell what lives and what is dead, and Sonya’s own poem, which did a twist in my head, lodging itself in my mind for much longer than you’d expect for so brief a poem.

You can subscribe to the digital magazine as well as purchase individual copies from Apex itself, Weightless books (various ebook formats) and as a Kindle (both US and UK) and Nook edition. They also have a Patreon account, where you can get extra swag in exchange for your monetary loyalty. There is, however, a lot of content from each issue available to read for free online. The current Issue 60 has poetry by Judith Chalmer, Emma Osborne, Gwynne Garfinkle, and Seanan McGuire. I especially love Emma Osborne’s poem “Crashdown” of a personified spaceship’s feelings upon “landing”. And Seanan McGuire’s rhyming “Graveyard Rose” is a wonderfully fun narrative poem about a trucker and the Truckers’ Ghost, Rose. 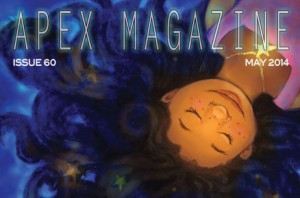 Sonya’s poem “Aristeia” is in Issue 59 and begins “Zeus with the migraine that was Athene” and the fabulous scene of Athena’s birth follows. It turns more personal towards the end, I think (can one ever be sure?!?), and could serve for all of us who’ve ever suffered from a migraine or crippling headache.

The 3rd poem Sonya told me about, along side several others also worth reading, is “Double Business”, found in Issue 3 of the year-old journal called Interfictions – A Journal of Interstitial Arts. Edited by Delia Sherman, Sofia Samatar (poetry and non-fiction), and Christopher Barzak and Meghan McCarron (fiction), they are in the business of blurring the lines. The editors straddle the worlds of academia and genre fiction, and hope for submissions that blur the lines between fiction, poetry and non-fiction. I have to say this journal is my favorite discovery this time around! The poetry in this issue is said to “re-imagine older narratives” and Sonya’s poem re-imagines Hamlet, supposedly, although I think it works quite well without Shakespeare’s baggage. It’s one of those poems, which has changed my world and next time I look in the mirror I will wonder in what ways those I’ve wronged are looking back at me.

Interfictions has just launched an Indiegogo campaign to raise funds. Their goal is to pay contributors well and maintain the website’s free status. You can “buy” all sorts of cool swag for your support including their first 2 chapbooks (also signed dead-tree versions), art prints by Terri Windling and others, novel critiques and books donated by various authors.

I honestly can’t remember if I mentioned Stone Telling’s 10th issue “Body” in a previous Round-up or not (it came out in February I think). I could go back and look it up, but I won’t, because it definitely bears re-hashing. It’s a huge, double issue with 23 poems by 26 people. It’s a bold issue, in which the poetry runs the gamut on the issue of Body. Sonya’s offering is a headache/writer poem in one this time, “A Bulgakov Headache”.  She goes into the poem’s genesis and significance in an interview on the Stone Telling Blog. And speaking of their blog, it’s a recent creation for the magazine and a wonderful addition to their very important work in the world of diverse inclusionary SFFH poetry (and fiction in general). I always enjoy reading about poets’ motivations, inspirations and tribulations and they do it in specific relation to the poetry you can find in the magazine. Rose Lemberg and Shweta Narayan have opened a Patreon account, which will let people “subscribe” to the journal (it’s actually a free webzine) in any amount to help them increase the rates they pay for  the great poetry they bring us.

Polu Texni has been around for a while, but I only discovered it about 6 months or so ago. Editor Dawn Albright publishes poems of a speculative nature, as well as the occasional mixed-media arts and speculative or weird fiction. Posts appear on a sporadic basis. I suppose I get an email notification twice a month or so about a new poem having gone up. It’s definitely manageable. She has had poetry by David C. Kopaska-Merkel and Beth Cato relatively recently – both poets familiar to me. But one of the most recent offerings on the site, “She resisted” by Robert Hanley

(May 19, 2014), struck my fancy. It’s a tantalizing and serious exploration of the malevolent alien attack, which is predicted (or already experienced?) by the narrator’s wife and who is dismissed by most people as  “Insane” or a “Nut-job”. The most recent post from May 26, 2014 is “A Universe” by Timons Esaias, an elegant poem, which lets you interpret it in your own fashion.

So, that’ll do it for this time, folks. I hope you enjoyed this tour of online poetry brought to you by Sonya Taaffe (mostly) and Robert Hanley.

Next time will be a review of weird poetry by Chad Hensley. Get ready for creepy.