SpaceX’s Falcon 8 will be putting six satellites into orbit. 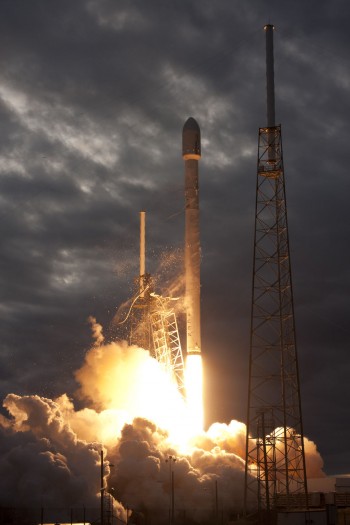 There will be a live broadcast starting later this afternoon.

MOVIE REVIEW—X-MEN: Days of Future Past

71 Million light years away, stars are forming from cosmic dust

Astounding Histories, June 1930: Creatures from Below

More Illos From A DOCTOR FOR THE ENTERPRISE

Using the Subtext of Body Language in Storytelling