The science fiction industry has undergone many changes since it first came into the world during the early part of the twentieth century. Science fiction existed long before the 1920s, but it had never before been called science fiction. The birth of Amazing Stories Magazine in 1926 helped usher in science fiction’s global conquest.

Today the genre has invaded every part of our culture. It has even crawled into mainstream. It has grown to the point that science fiction elements are accepted without even considering them science fiction.

SF has got a whole lot bigger and richer, and publishing has got very confused. I hope we can get away from the corporation bully model exemplified by Amazon, which treats books as commodities.

E-publication won’t replace printed books, but it has enriched the whole publishing field; and the internet is giving us new ways to construct the kind of community in which writers and readers thrive. 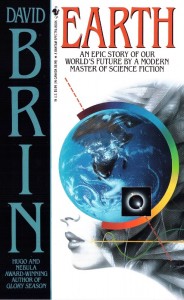 What? Audio books? E-books? Hypertexted books? (Earth was designed — in 1989 — to be hypertexted… and so was John Brunner’s great 1969 novel Stand on Zanzibar.)

One thing that can’t change too soon… movie making. Amid Hollywood’s present desperate inability to tell original stories, there will soon arise a great wave of indie creativity, led by writers, empowered by the ease by which  simple animation can be harnessed for good storytelling.

Sure things change. But ours is the agile genre. We adapt. I am ready to try brain-engram telepathy storytelling, when it arrives.

Total sea-change. I now have to run an e-publishing company (with two other writers) to handle our backlist, because physical book sellers aren’t interested in maintaining it in inventory. The distribution system priced itself out of the market and the Thor Tool Decision (taxing items in warehouses) made warehousing sanely sized print runs impossible. What’s printed has to sell off the shelf in days and then be reprinted. It’s insane.

I see the recent chaos as the catalyst for much-needed change. It’s forcing the industry to grow and catch up with technology. It has also provided them with a way around some of the troublesome distribution and warehousing issues. The biggest benefit, however, has to be the increasing opportunities for readers to discover new voices from all over the world.

The impact of technology is going to continue to upset the cart. The smart people will survive and the ones that try to hide their head in the sand will be paved over. I don’t think big publishing will be destroyed by the hordes of self-publishers, but the dynamics will change and eventually they’ll learn to take advantage of one another’s strengths. Expect a lot more work in the field to be done by freelancers or service companies. 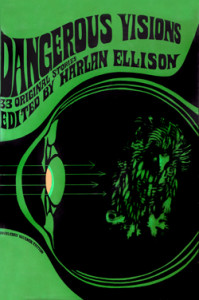 I do think that around 1968 SF began a process of diversification which in various ways has been going on since. You had the New Wave, the Dangerous Visions anthologies, the growth of feminist SF, the rise of a new generation of more experimental writers, and the sort of boys’ club that had dominated SF since the beginning began to lose its hold. It’s also when SF started going mainstream with films like 2001 and writers like Asimov, Clarke, and Heinlein showing up on national bestseller lists.

Today, only a handful of writers can do that—George R.R. Martin, Neil Gaiman, Orson Scott Card—and the days when a fan could pretty much read everything faded away. The publishing industry seemed to fall more and more into the hands of accountants, and SF became more and more of a smallish niche; today even major writers have to turn to small presses to do short story collections. But from a literary point of view, you no longer get laughed at when you claim that the best SF holds up to the best literary fiction, or that literary fiction increasingly borrows SF tropes. SF may have lost a lot of its clubbiness, but from a literary point of view it’s as good as it’s ever been.

When I started out, everybody knew what you should do to make a career. If you worked hard and took the advice of your elders, you could rise to your natural level. It might be as a popular writer of entertaining fiction or as a respected writer of difficult work with a much smaller audience, but you wound up with a kind of rough justice. Nowadays, nobody knows what the rules are.

I worry that there are worthy writers self-publishing themselves into oblivion. The best advice I can give them is to boot up the last twenty self-published novels they’ve bought and ask themselves how they heard of those writers. Then do likewise. But if they don’t have a good plan, they’re best off going old-school and sending their stories to magazines and their novels to publishing houses.

Where art and business collide, the consolidation of publishing houses by multinational conglomerates has been very hard on the art. I recall one acquisition when my editor was told that she was going to fire her editorial assistants. When she pointed out that she could only do half as much editing without them, she was given two choices: Publish her books with less editing or publish half as many books, edited as thoroughly as before. She valued the books over her input and God bless her for that. But no editor should ever be put in such a position—and our culture is poorer for it, because she was a very good editor. 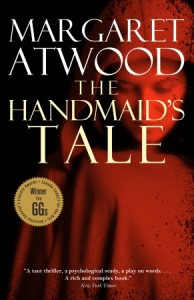 Not as much as I hoped SF might in 1965. I wanted more experiment. Others wanted to see SF brought into line with modernism. That’s probably happened. As for the majority of SF writing there was a period when publishers were far more willing to try all kinds of off-beat titles, back all experiment, but you don’t get best-sellers that way. Once they, and certain authors, understood what was popular with the average middle-brow reader you started getting a lot more average titles published. Average is always rewarded in the arts, popular or otherwise. This might make good money but rarely makes outstanding SF. Publishers now have rules about what constitutes SF. Idiosyncratic editors are increasingly discouraged. The off-beat finds it harder to be published by powerful publishers. The discontented reader starts looking elsewhere for what is original and different. The standard of writing and characterisation in generic science fiction has risen high enough to interest the middle-brow reader but in the main (and there are of course exceptions) if it’s going to be a generic best-seller it’s unlikely to be a very original book. I was attracted to SF for its potential to do something amazing. Too little generic SF amazes, these days, at least in the long form. But it hardly matters, I think, because, as I’d hoped, so much literary fiction utilises SF elements that much of the best imaginative fiction isn’t published as genre (Atwood, Chabon, McCarthy etc). Indeed, in reality the distinction between literary fiction and science fiction has disappeared and the demanding reader is certainly less likely to be put off a book by the category in which it’s shelved.