A response to the appropriation of Robert A. Heinlein 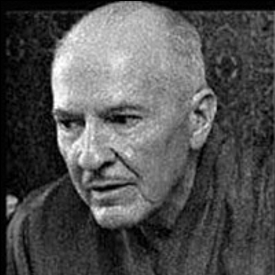 My attention was brought to this essay this morning: Heinlein, Hugos and Hogwash by the ever informative SF Signal Link Post (their is a reason SF Signal has won two Hugos!).

In it, the author, John C. Wright – No Longer A SFWA Member – invokes the hallowed name of Robert A. Heinlein:

Robert Heinlein could not win a Hugo Award today.

If you are a fan of science fiction, you know how shocking that statement is. If you are not a science fiction fan, I salute you for having better things to do with your time than read stories about space princesses being rescued from bug-eyed monsters by stalwart and clean-limbed fighting men of Virginia; but please let me explain why this is shocking.

He was a gadfly. Heinlein’s two most famous novels are Starship Troopers and Stranger in a Strange Land. The first challenges the orthodoxy of the Left as much as the second does that of the Right. But in his day, few science fiction readers were offended by his or anyone’s ideas. Science fiction was proud to be a literature of the new and startling. A spirit of intellectual fearlessness was paramount.

Where to begin?  The fact that this essay was published in the Intercollegiate Review, a publication that self-identifies as: “The Intercollegiate Review is a print magazine and daily site for conservative students. You’ll hear from leading voices in the conservative movement, get activist tips from top student leaders, learn how to thrive in the face of the liberal campus culture, and more.”

No. That’s beside the point.

The fact that author Wright’s entire essay happily denigrates the entire world of SF in a forum outside of the SF community?  No.  That’s beside the point as well.

A man who ought to be measured by the acts and accomplishments of his entire life and body of work, perhaps best summed up by his quote:

It’s been fashionable of late to present RAH as a misogynist, a fascist, a racist; to critically attack the man, based on his body of work because he was and remains so influential in the field and because his works addressed a wide variety of issues that are at the forefront of our community discourse these days.  And there is no doubt that some of the viewpoints and conclusions presented in his stories are in fact problematic in today’s context.

Those viewpoints are fictional. The map is not the territory.

Would Robert A. Heinlein win awards if he were alive today?  I have no doubt that he would.  If nothing else, reading Patterson’s two volume biography (volume 2 to be released in June by TOR) reveals a man who took a practical and realistic approach to life, didn’t cry over spilt milk, developed his theories based on the available facts and constantly adapted to the changing world around him.  Where he ran into conflict, he always seems to have conducted himself in what was considered a professional and gentlemanly fashion for his times.  (Which are not our times, I hasten to add.)

Reading his entire body of work, one can find common cause with just about any political viewpoint; one can find early iterations of positively presented non-white male and capable female characters; a positive view of the future (that acknowledges there are many problems to overcome) and a willingness to use his fiction as gedanken experiments.

I’ve no doubt that he had his feet of clay; some accounts reveal a man who could be nasty and biting at times, others a man of great generosity and understanding.

But he is dead and we can no longer ask him to explain himself, defend his viewpoints, justify his writings. Though I do suspect that if he could, he’d tell the lot of us to shut the hell up and get on with the business of living.  And I have no doubt that he would greatly resent being appropriated for any political plank, of any wing, that he’d not put forth himself.

The final 2015 results (pending the ceremony)

C. E. Martin champions the cause for B Movies (and B Lit) everywhere!

Review: The Cuckoo’s Calling by Robert Galbraith (aka J.K. Rowling)