In this week’s viewing: Ghosts, witches, the Devil, and more! 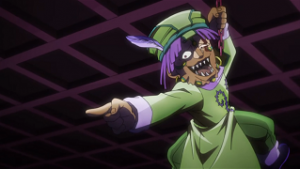 JoJo’s Bizarre Adventure: Stardust Crusaders #8 – Looking forward to a chance for a shower and rest, Polnareff discovers that his hotel refrigerator contains something more horrifying than minibar prices: this week’s villanous Stand user! After a quick skirmish, he lets the rest of the team know to regroup. At this point, everyone who has ever seen an action movie knows that the badguy will now reappear, most of the rest of the episode will consist of a fight scene, and when Polnareff finally staggers bleeding to the rendezvous point, his buddies will be oblivious to everything but his tardiness.

That was a much gorier episode than usual, probably in homage to horror movies. Most notably, we get a head-spinner à la The Exorcist (well, we are dealing with the Devil here). I’m going to assume that bit about slicing off the hotel employee’s face is a reference to something I haven’t seen, because really, there is no excuse otherwise.

Next up, Kakyōin turns out to not be what he seems… or should that be he turns out to be exactly what he seemed in the first place? Or perhaps he’s carrying something he doesn’t know about. 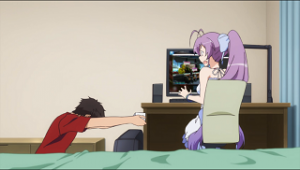 Nanana’s Buried Treasure #7 – Jūgo really did buy Nanana the extra-special pudding. How sweet! He’s not such a cad after all! Except that he was using it as a way to smuggle the treasure he hid from the others out of the hot springs. And he had to get it as a way of making up to Nanana because he sold her stuff in order to make the utility payment.

Next it’s off to settle scores with his old martial arts teacher Yukihime, who he doesn’t have a chance of beating in a fair fight. Jūgo has just the treasure to defeat her, but his cunning plan falls apart when it turns out that Yukihime still cares about what happens to him despite his estrangement from Matsuri, and he can’t stay mad at her either. In addition to that, he’s all but admitted that he really is looking for the treasures for Nanana’s sake, despite his stated desire to do nothing for anyone’s benefit but his own. Really, he’s not cut out for a life of villainy. 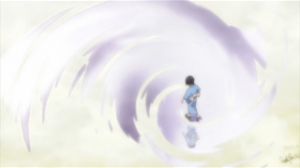 Mushishi #7 (?) – But the special! We were promised a special! I can only guess Crunchyroll didn’t have permission to simulcast it for some reason.

So here we have another story of a mushi-granted power, but one where Ginko doesn’t need to tell the person with it that it has a downside. Tangling with mushi often puts the person in danger of their life, but in this case, the sacrifice is Teru’s own ability to live a normal life. Unusually, Ginko has no solution to return the mushi to their normal state and restore the natural cycle, and instead the balance must be kept by Teru’s constant wandering. He is able to offer her the hope that eventually the mushi will leave her on their own, but despite that, it’s definitely one of the more downbeat conclusions for Mushishi. 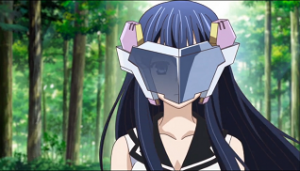 Brynhildr in the Darkness #8 – There are two different shows going on here. In the good one, Ryōta and the witches are desperately looking for possible allies that could help them survive, only to find that the allies may already have been eliminated by the lab. Meanwhile, Kogoro has received some interesting news hinting at genuine alien involvement, and the lab has sent out a new witch who has the ability to read and erase people’s memories. (Not much for Neko to worry about there, then.) After Ryōta is rescued by Neko and Kotori, he accepts that they can and need to help him, and promises to stop trying to do everything on his own.

In the not so good show, Kazumi’s insecurity about her sexuality leads her to first make her boldest attempt yet to seduce Ryōta, and then to nearly molest Kana. The problem isn’t that this stuff happens; it could fit in well with all the other issues the witches are dealing with. The problem is that the wacky music starts playing to tell you that this is supposed to be funny. Ugh.

In other news, Ryōta has at least one living parent? What? That’s something that could have been brought up sooner.

The Flash, Arrow Spin Off – Are You Excited?

In this week’s viewing: Yona meets a test with courage, Yatterman Night meets one with crazy, and more! And a link to NSFW imagery….

After congratulating himself on his 40 years doing conventions, Steve discusses a quasi-SF-ish book about superheroes on TV in the 1950s. It’s fun!

HUGO AWARDS FINALISTS TO BE ANNOUNCED