It Must Be Spring: There are suddenly a lot of breasts on display…. 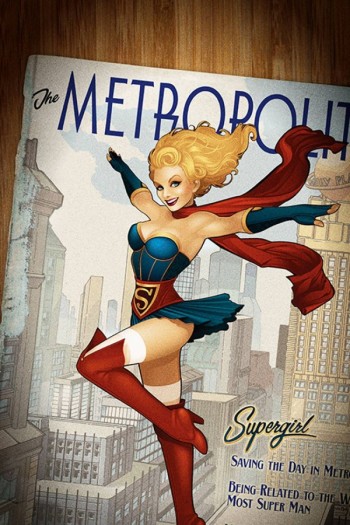 DC’s Bombshells:  Is This The Right Time For This? – and Commentary
Women In Science Fiction and Fantasy Work – Full Text On Internet Archive

It’s Time For Topless Reading In NYC Once Again!
Every Human On the Plant Dumped Into the Grand Canyon
Awwww – Baby Dragons
Agents of Shield Season Finale
Interstellar Has A New Poster
Tales From the Borderlands Screen Shots
The Joker Is Coming
New Full Issues Of Miss Fury and The Shadow
Ripley, errrr, Dr. Whatshername, To Appear In ALL Avatar Sequels
Agents of SHIELD Renewed
Teasers For iZombie
Star Wars News Roundup

Washinton State A.G. Goes After Crowd Funding Fraud
Nick Mamatas Explains Why the Graphic Story of All You Need Is Kill is NOT the Novelization of the Tom Cruise Film
New Market For Horror – Blight
SFWA Prez Sets the Record Straight On Censorship
SFWA Will Be At BookExpo
Censorship and Comics
LitMags Seeking 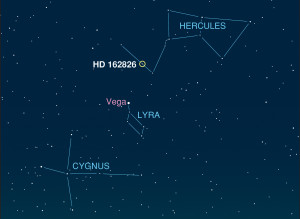 The Libertarian Futurist Society has chosen Vernor Vinge to receive a Special Prometheus Award in 2014 for lifetime achievement.

Vinge has won twice in the best-novel category: in 1987 for Marooned in Realtime, and in 2000 for A Deepness in the Sky. In addition, two of his works have been inducted into the Prometheus Hall of Fame: “The Ungoverned” in 2004 and “True Names” in 2007.

The LFS will announce the time and location of the award ceremony in the near future. Also, Vinge will join other multiple Prometheus Award winners F. Paul Wilson and L. Neil Smith as guests of honor at the 50th anniversary of Marcon, Ohio’s oldest and largest sci-fi/fantasy convention – where the LFS’s second “LFScon” will take place as part of the program – over Mother’s Day weekend May 8-10, 2015 at the Hyatt Regency Columbus and Convention Center in Columbus, Ohio.

Vinge has explored libertarian and anarchist themes in a wide variety of works:

* “True Names” (1981) explored themes that later became central to cyberpunk, in a story of an uneasy alliance between cyberspace outlaws and the United States government.

* The Realtime series, which included The Peace War (1984), “The Ungoverned,” and Marooned in Realtime (1987), portrayed a future where repressive political organizations struggle to subjugate or destroy advanced stateless societies.

* One of his first stories, “Conquest by Default” (1968), portrayed an alien society where rigorously enforced antitrust laws made organized government impossible.

Vinge is one of the science fiction community’s leading creators of hard science fiction, based on rigorous exploration of speculative themes. The Zones of Thought series, in particular, vividly portrayed the mentalities of alien races such as the Spiders and the Tines. He is also considered one of the founders of the transhumanist movement, in his address “The Coming Technological Singularity: How to Survive in the Post-Human Era” (1993).

Note: The first Special Prometheus Award for lifetime achievement was presented to Poul Anderson in 2001 at the first LFScon at Marcon.

For more information, contact LFS Board Chair Bill Stoddard at

*Free shipping via Media Mail in the Continental USA (AK, HI, and Int’l customers please contact us for shipping rates.

The Art of the Pulps: Review

‘Waves’ of fluid clear the brain of toxins during sleep, say researchers