A look at Xbox and the games with Gold. 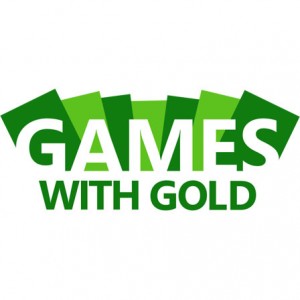 Xbox Gold is coming to Xbox One this month and we’re getting Dead Rising 3 for free! April fools! Mwa ha ha ha. No, this is just a review of Games with Gold, so far, and what we should expect for the future.

As of today, I’ve amassed, or already owned, every title that has been given away with the program. The biggest thing I’ve learned is that some months are clearly better than others. Last March we were given a terrible title in Dungeon Defenders and something else I can’t remember without googling. But for April of 2014, we’re getting Hitman Absolution and Deadlight, which is a good step up, but most gamers really want to know when Games with Gold is coming to the Xbox One.

I wouldn’t expect to see it until the end quarter of the year. The reason is very simple: The oldest Xbox One games haven’t even been out for six months. Until a game’s sales completely flatline, its developers aren’t going to want to give it away. Personally, I’m in no rush to get a free copy of Lococycle, and you shouldn’t be, either.

The best games with gold, in my opinion, have been Fable 3, Dead Rising 2, Gears of War and Assassins Creed 2. The worst have been, some by sheer age, Rainbow Six: Vegas, Crackdown, Dungeon Defenders, A World of Keflings and that top down Tomb Raider game, Lara Croft and the Guardian of Light. In between all of that is a slew of mediocrity that isn’t even worth the time to redownload.

I bring this up because Playstation Plus subscribers often brag about the selection they get to play as long as they have an active subscription. And this has been a fair criticism for a good stretch, although all the games that I’ve liked on the instant game collection list, I already own. However, I still would rather be given access to a more recent title than something given away because nobody really like it or has gone bad like rotten fruit.

But the reason Microsoft can get away with this is because we’re still used to paying for Xbox Live without free stuff. They catch a lot of flack for not keeping up with Sony, on the Internet, but I don’t think they’re getting much pressure from us. So they’re approaching the giveaway game more realistically.

I’m sure as more people step into the next generation, Microsoft and Sony’s respective free game lists will look pretty comparable for the Xbox 360 and PS3. It’s worth noting that all these games, at one point or another, have been on sale for ridiculously low amounts. And if you won’t give a developer a fiver for a game you really want, you don’t deserve to ever play it.

A good month for either service equates to this: Here’s a free game that you, sort of, were interested in but didn’t care enough to buy. And I have no problem with this model. Surprise me. Give me a game that I shouldn’t have passed on. I don’t want my favorite games for free because I either own them or am completely done with them.

Bottom line, we’d take one good game over a year’s worth of stuff we’d hate.

It’s hard to believe that we met Alan 28 years ago – I think it was his first SF Worldcon – In Atlanta, GA.  He was just beginning his art career, and we were receptive collectors, attracted to the incredible variety and quality of artworks being generated by artists then working in the field.  The […]

Based on the Dragon Crest fantasy role playing game, The Sleeping King by Cindy Dees and Bill Flippin uses a unique approach in creating a world of sword and sorcery.

Citizens of the Solar System: Cool SCIENCE on the International Space Station