Home Art SOME OF THE BEST YA SF EVER: The “Winston YAs” Part II

Well, here we are again; this week’s entry is the correct one. And besides these two columns about the Winston series, I’m also going to do one in the near future about the Winstons’ main cover artist. I’m referring, of course, to Alex Schomburg. That will be reasonably soon. I’m also planning at least one column about Robert A. Heinlein’s Scribner’s juveniles, because they were very influential in a lot of people’s lives.

Schomburg, because he had been a magazine cover artist and a comic-book artist for a number of years, was perhaps the best-known Winston cover artist, but was by no means the only one. As I mentioned before, Paul Orban, Kenneth Fagg, Paul Callé, Mel Hunter and Ed Emshwiller—along with a few others—did Winston covers. The absolute worst reproductions, and I’m not sure how good the originals were—were Emshwiller’s two covers (Figure 4). Gone are the nice four-colour process covers; at best, this is what printers call “spot” colour. It’s a shame; compare these two with any of Emsh’s Ace covers. Many people don’t realize that Virgil Finlay also did a Winston cover (Figure 1); it’s easy to tell it’s Finlay, even if it doesn’t have the intricate cross-hatching, Ben-Day work, and so on, that distinguishes his black-and-white illustrations.

But back to the Winston books. Among the writers who were either well known or became well known, one of the biggies was the late John Holbrook Vance, otherwise known as Jack Vance. His lone Winston YA book was called Vandals of the Void, and had—as most of the Winstons do—a 15-year-old male protagonist, this one named Dick Murdock. Dick takes a ship from Earth’s Venus colony to visit his astronomer father at the observatory on the Moon. On the way, Dick learns that a ship has been hit by The Dread Pirate Rob… er, The Basilisk, a space pirate. (Vance forecasts that men will land on the moon in 1965—a pretty good guess—and that space piracy will begin by 1985. Not so much, eh?) Spaceships are powered by atomic energy, and take off and land slowly, so the elongated “capsule” pictured on the Schomburg cover is a compromise shape for all ships in the future. No pointy spaceships here! (“Streamlining on a spaceship is like a buggy whip on an automobile, feathers on an airplane,” Vance says in his introduction.) The plot moves along pretty well, but it’s obvious here that it’s written for a less-sophisticated audience than most SF; i.e., written as a YA (then called “juveniles,” remember) book.

As an amusing side note, you will notice that the Italian YA series, La Sorgente (The Source) published a bunch of translated books including a number of Winstons, but they had Italian artists redraw the Winston covers. I notice they have Heinleins as well as the Winstons. Schomburg’s original cover for Vandals is much better, in my opinion, than the redrawn one (retitled astronavi in pericolo,  or Astronauts in Peril)—but maybe they couldn’t get the rights.

I think everyone who grew up with the Winstons has favourites among the 35 books—the 36th book is the anthology edited by Lester del Rey; curiously enough, it’s a bunch of reprinted short stories from various SF magazines, but none of them was written as a juvenile!—my particular faves, the ones that have stuck in my mind for years, are as follows (in no particular order): Danger-Dinosaurs! by Richard Marsten (Evan Hunter), Find the Feathered Serpent, also by “Marsten,” The World at Bay by Paul Capon and Islands in the Sky by Arthur C. Clarke. I don’t know what it says about me—if anything—that two of my favourite Winstons involve time travel—and are by the same writer. (By the way, Wikipedia has a list of all 36 books if you’re interested.)

Some of the comments I’ve received on Facebook about the first installment of this Winston column are from people who would like to read (or even to have read) the series, but the impossibility of tracking them all down, or even the high price of obtaining original copies of them makes it a daunting task. Well, folks, I have some good news for you! If you have some—or all—Winstons, but the covers are in bad shape, you can obtain reprint covers for them. They’re a bit pricy at $22 each plus postage, but the pictures look good, if muddy. They may be better than pictured on the website, but I’m not going to buy one just to find out.

If what you’re looking for is just a Winston to read, it appears that The Year After Tomorrow, the del Rey-edited anthology, has been published as a free e-book by an archive forum; possibly because the rights have lapsed. There may be others there, but I haven’t had time to search. As well, Vandals is available from Amazon for the Kindle, at $4.99. I also found, while searching for information, some rather dismissive comments about this book and its cover by one blogger, words to the effect that this book proves that “the golden age of SF really is 14,” and something about how Alex’s cover is uninspired. Folks, let me just say this about that: in my opinion, first off, why would you criticize a book for aiming at its target audience? Secondly, the old saw holds true here, in my opinion: “Those who can, do; those who can’t, criticize.” There is a difference between a constructive criticism and a sneer. I think this blogger was sneering. I challenge him to do better.

Anyway. To continue—if you’d like to read more of the Winstons, and you can’t afford the $150 or so some of them command in original format, do I have a deal for you! In one of my many research trips around the internet—I travel a lot on teh interwebz, just so I can bring you correct and up-to-date information—I found that one enterprising Winston lover, a guy named Dan Thompson, instead of just bemoaning how expensive it all was, went out and found the rights-holders for 23 of the Winstons and bought the rights to republish as ebooks! Yes, you heard me right—23 of the Winstons (now from Thunderchild Publishing—this guy’s obviously an H.G. Wells fan) are now available for the Kindle or Nook. The price is $2.99 each, which (in my less-than-humble opinion) is a bargoon. He’s also modified the Winston logo into his own Thunderchild logo.

Thunderchild Publishing is a labour of love; Dan says he’s not making any money from these, but he figured—correctly—that other people loved the same books as he. Unfortunately, he found that rights were unobtainable to the other books. He also made new covers for some of his ebooks because he wasn’t sure about the cover rights. (I don’t know whether the cover copies cited above are actually legal. I’ll let you decide if you order one or more.) He also has checked into possibly producing these as print books, but either the print rights are not available or it’s economically not feasible to do these as print books, even as Print on Demand. Sadly. If you do decide to visit Thunderchild and purchase, let Dan know where you found out about them; it won’t get you a discount, but I did tell him I’d let you know about his little venture.

This week’s is certainly a shorter column than most; unfortunately, I’m doing a half-dozen things at once, including some animations for my wife, the Lovely and Talented Lynne Taylor Fahnestalk. You can find my first-ever stop-motion animation of Lynne’s Steampunk Snail “robot” on YouTube. Even the movie-style leader is home-made by yours truly. Let me know if you liked it. (Are you sure this is how Ray Harryhausen started?)

So long for now, and keep watching the skies… er, the truth is out there… or, maybe, I want to believe!

To comment on this week’s entry, you can either register here, if you haven’t already—it’s free, and takes just a moment—or comment on my Facebook page, or in the several groups where I publish a link. All comments are welcome! Feel free to disagree; my opinion is, as always, my own, and doesn’t necessarily reflect the views of Amazing Stories or its owners. See you next week! 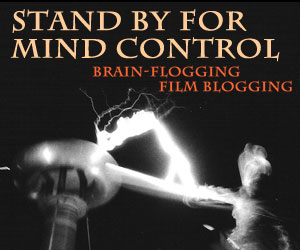 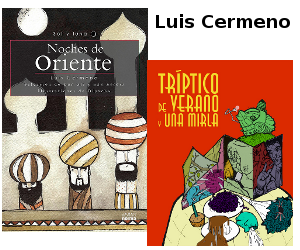