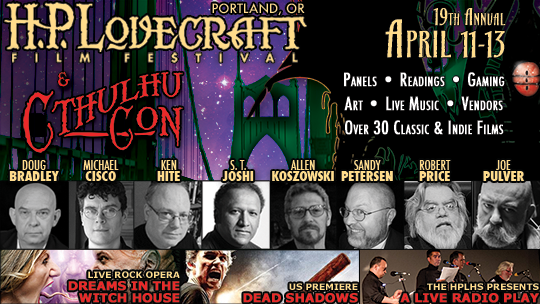 It always seems like the best conventions are happening somewhere else. We gaze in frustration and admiration at Chicago, Atlanta, San Diego, and wish some elderly relative would kick the bucket so we could afford fare.

This coming weekend, the roulette wheel lands in our favor, as Portland, Stumptown, The City Of Roses becomes the center of the horror universe, or maybe the darkness outside of it, as the 19th Annual H. P. Lovecraft Film Festival & CthulhuCon descends on the beautiful and historic Hollywood Theater, in the Hollywood District of NE Portland.

And this is no mere creature feature. The curators have jam packed 3 days full of panels, discussions, gaming, shorts and feature films. There will be bagels. There will be a rock opera (courtesy of the band Dreams In The Witch House). There will be spaghetti. And, of course, there will be lots, and lots of tentacles.

Due to the staggering amount of material presented, I thought I’d go through the schedule (which is now posted online), and highlight some picks. As with any real convention, you just can’t see or do it all (which is really, really tragic), and you’ve got to pick and choose. So these are some of our choices, but make sure to carefully examine the schedule, as you don’t want to overlook something and kick yourself later. Please note, I said SOME of our choices, as to feature everything that even LOOKS interesting would fill a novella. 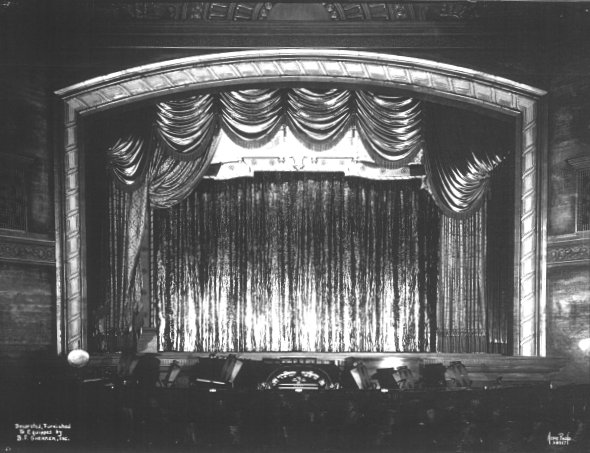 The short films ended up being some of our favorite material, when we went to the last HPL Film Festival, in October of last year. The brief, surreal format lends itself well to Lovecraft’s style, who more often than not worked in the medium of short fiction. Weird, poetic, dark, disturbing, everything that is right and unholy with the Master from Providence’s work.

On this first block of shorts (there are 4, all told), there will be celestial ballet, creepy claymation, and a rock opera about existentialism and pancakes. 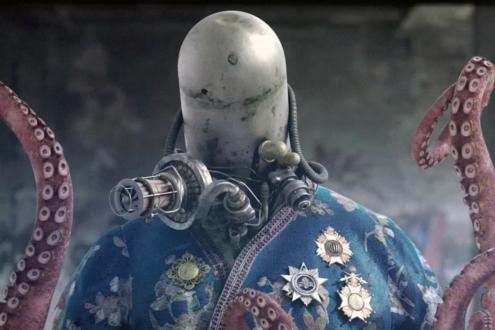 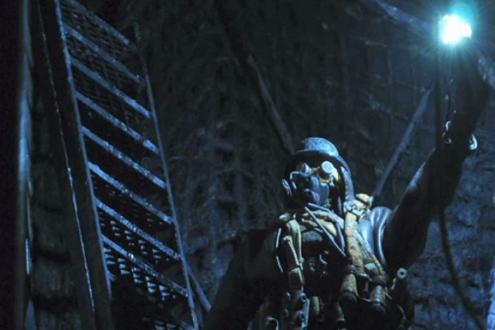 MAD GOD is an experimental animated film set in a Miltonesque world of monsters, mad scientists, and warpigs. Directed by legendary visual effects and stop-motion craftsman Phil Tippett, the sets, creatures, and spirit of the film are, in every way, independent and straight from the heart. Sometimes that heart is bursting with love for the craft – other times it’s macabre, punctured, and bleeding. MAD GOD is a mature film crafted from techniques & technology that spans the history of cinema and the darkly creative psyche of animation mastermind Phil Tippett.

gods, this looks amazing! Claymation and stop-motion photography never ceases to impress. If you’re not lucky enough to see this on Friday, seek out a copy, as its avaialble on DVD now (with a swank book as well) from the director. 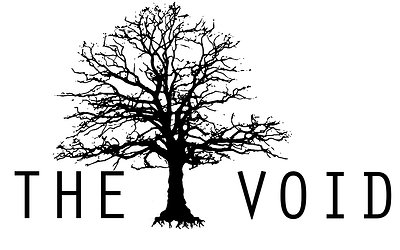 “The Void” is about an adventurous young girl named Frankie and her precarious best friend, Emma. Both girls have an obsession with a courageous female superhero, Danger Dee, and her faithful sidekick Chubs. Our movie starts when Frankie gets news that whomever solves their own ‘dangerous’ mystery will potentially win a chance to guest star on the Danger Dee show. It just so happens that in Frankie and Emma’s sleepy town, children go missing on a regular basis and are never heard from again. Local folklore tells of a monster that lives in a forest that lies on the outskirts of town. Frankie decides to team up with Emma to further investigate. She believes her and Emma’s best chance of winning the contest lies deep within the forest.

Every time a piece of my innocence was ripped away from me, I felt like it came out of nowhere. An invisible beast, waiting for the right time to strike. The Void was an amazing way to put all those feelings into a narrative. My passion in film has been to make people feel what I felt. Yes, it is a monster story, but the character Frankie is all of us. At some point and time wee are all trapped on the other side of the fence while we have to watch our innocence be savagely ripped apart in front of our own eyes, and it will happen.

Looks like this was shot in Portland, so let’s show some hometown love.

the viral sensation comes to the big screen!

Lord of Tears tells the story of James Findlay, a school teacher plagued by recurring nightmares of a mysterious and unsettling entity. Suspecting that his visions are linked to a dark incident in his past, James returns to his childhood home, a notorious mansion in the Scottish Highlands, where he uncovers the disturbing truth behind his dreams, and must fight to survive the brutal consequences of his curiosity.
This movie has been gathering lots of accolades, and is ridiculously hard to find, so you might want to seize this opportunity to see it. However, if you can’t bear to miss the ridiculously awesome shorts happening at the same time, LOT will have an encore performance on Sun. April 13, at 7:00 pm 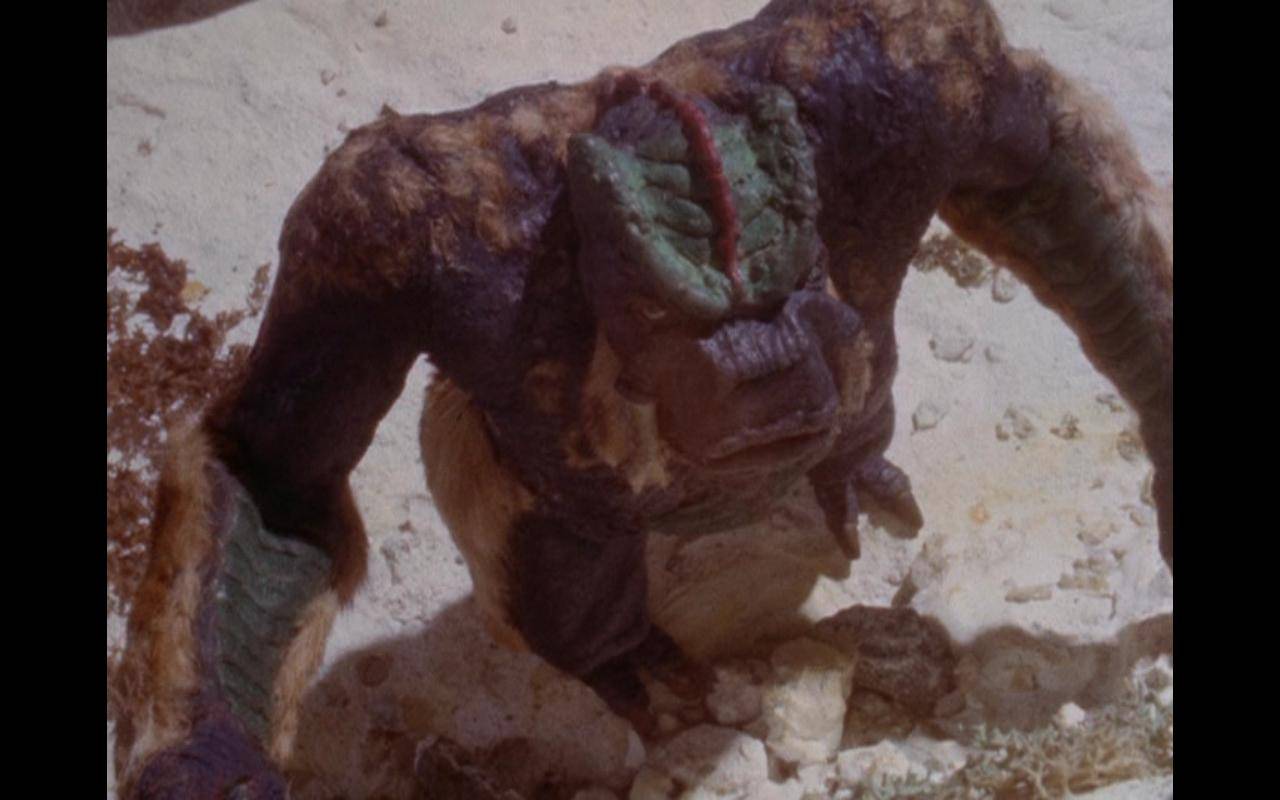 Four friends are attacked by a demon while on a picnic, due to possession of a tome of mystic information. This amazing amateur film from 1970 by filmmakers who became some of the world’s most renowned visual effects artists (Dennis Muren worked on films including Star Wars, Jurassic Park, Close Encounters, and more), packs some serious Lovecraftian punches. There’s a tome of forbidden knowledge that opens portals to other worlds, through which awesome stop-motion creatures emerge, including a giant ape-like creature, a flying demon, and a tentacled monstrosity.
Stop motion photography on the big screen? Yes, please!
Equinox @ IMDB
Available On The Criterion Collection (get it on DVD and join us in spirit):
Equinox (The Criterion Collection) 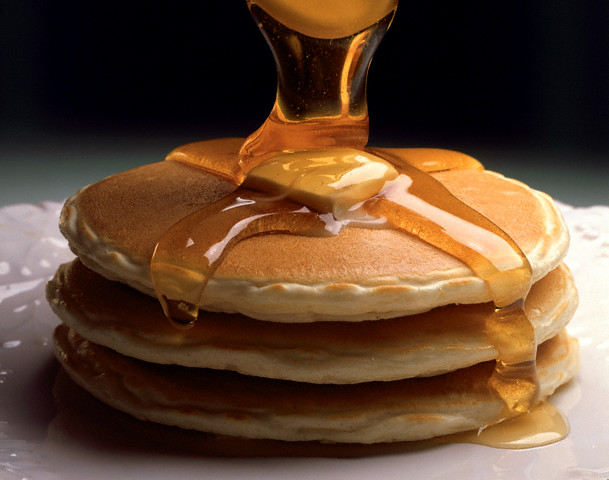 Saturday is probably the fullest and most “convention-like” of the days, featuring the most panels, discussions, book signings, gaming, and tons of features and shorts. So if you’re on a budget or a tight schedule, Day 2 may be your pick.

Featuring free bagels, coffee, donuts, and some of today’s most compelling authors of weird fiction. The idea of these maniacs running around in broad daylight is even that much more terrifying…

One of this festival’s highlights, for sure – a chance to see the original Hellraiser on a 60 ft. screen, hosted by none other than Pinhead himself, Doug Bradley!

This movie is so full of Lovecraftian influence (rare antiquities acquired from shady dealers, dimensional travel, unseen deities, secret orders, other worlds and beings that become visible inside our world through the use of special machines, and more), we wonder why we’ve never played it before. 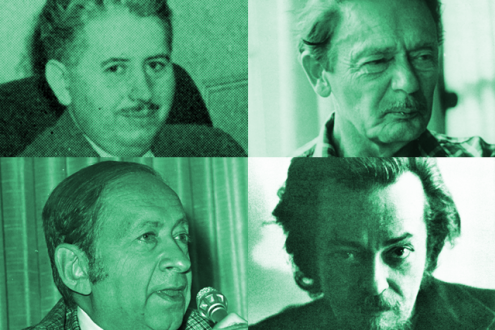 Panel: The Men Behind The Mythos (3:00 p.m.)
Eye witness accounts of the HPL circle from people who knew them in real life.
Feat. S. T. Joshi, Robert M. Price, and Wilum H. Pugmire 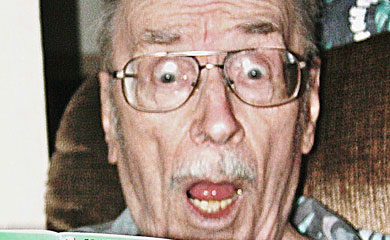 This “crowning achievement” is of special interest to readers of Amazing Stories, as Forest J. Ackerman was one of the original “mega-fans”, the editor of FAMOUS MONSTERS OF FILMLAND magazine, the creator of VAMPIRELLA, as well as numerous bit roles in films.

This feature will conclude with a special Q & A from filmmakers Jason Brock and William F. Nolan. 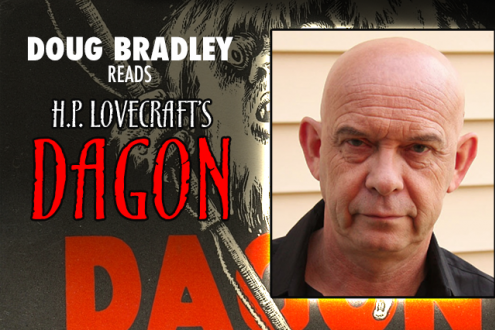 Pinhead reading one of our favorite Lovecraft stories of all time. We’re in heaven! (or some alternate dimension, anyway). 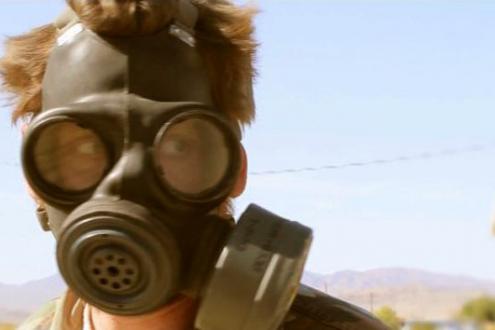 David is trapped. Ten years ago an alien being calling itself The Angel arrived in his hometown of Sunderland. It blockaded the town behind an electric fence and transformed the adults into zombies, a process it calls “Blessing.” The Angel claims that to be blessed is to begin the next stage of human evolution.

Looks like a mixture of cosmic horror infestation and desert post-apocalypse. Almost guaranteed to be a classic.
homepage 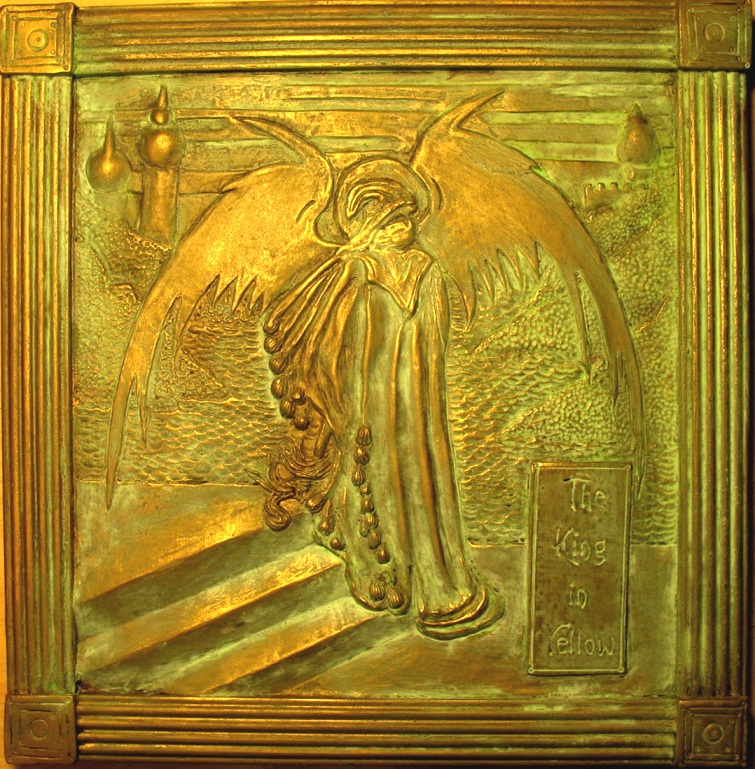 Another panel starring S. T. Joshi, this one discussing the HBO series True Detective (which we loved). Did you catch the infection?

the last day… we may yet survive to see the sun. But we’re not there yet. 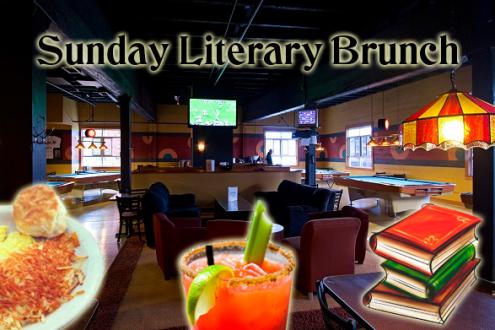 there is nothing more unholy than being expected to be somewhere at 10 a.m. These folks must be evil!

An informal gathering in the upstairs of Sam’s Billiard Room, just 1 block away from the theater, at 1845 NE 41st Ave. There will be author readings, and possibly some lively discussion (if everyone’s not too hung over and undead).

Acoustic Performance from the Dreams In The Witch House Rock Opera (2:00 pm) 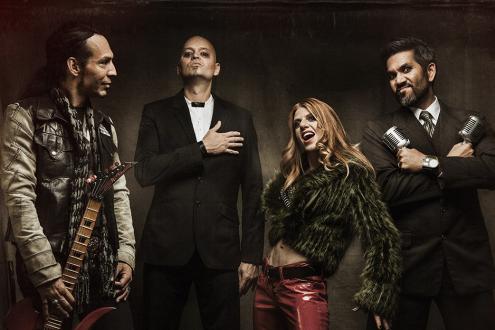 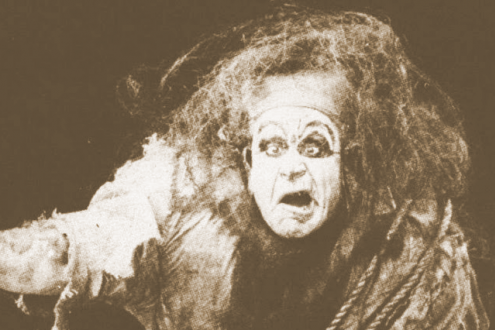 This should be an invaluable resource for the indie directors out there, with some of the local and visiting filmmakers discussing the ins and outs of making horror on a budget.

Indie has always been the future, the avant-garde, the cutting-edge, so here’s a chance to learn from those already established in the field, and learn how to spread your own nightmares. 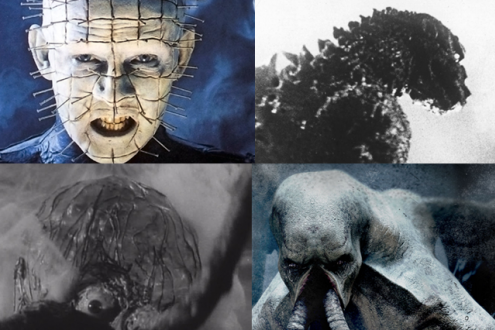 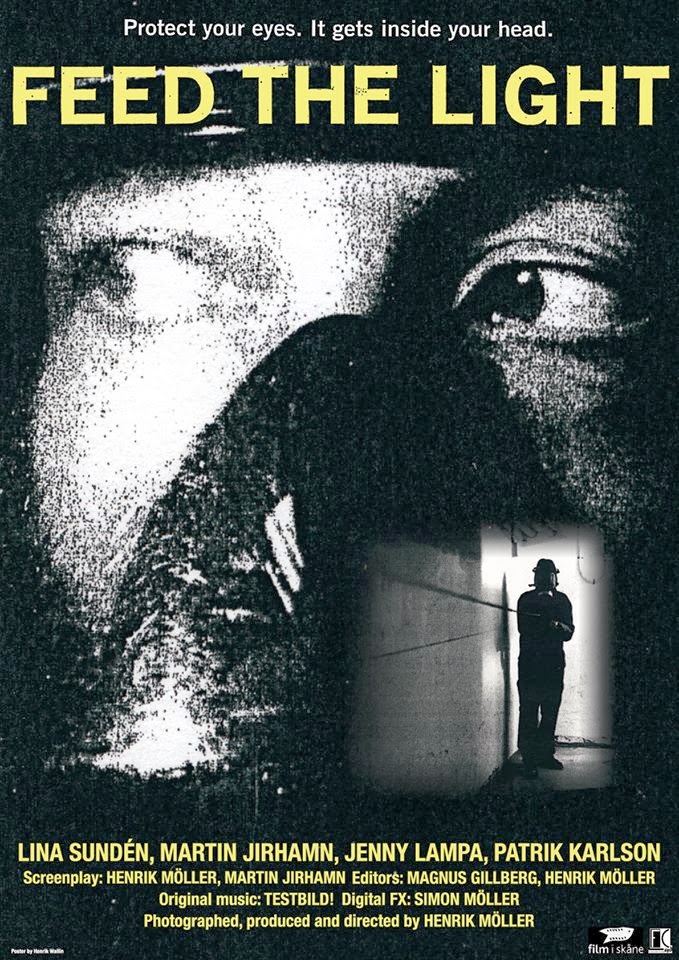 After directing more than 50 short films, director Henrik Möller hits us with his first feature length!

Sara takes a job as a cleaner to find her missing daughter and strikes an uneasy alliance with the sinister janitor. They venture with a small group into the abyss underneath Malmö and the heart of darkness.

Looks like it could be some cross between Silent Hill and Eraserhead, as directed by Bergman. In crisp black and white! 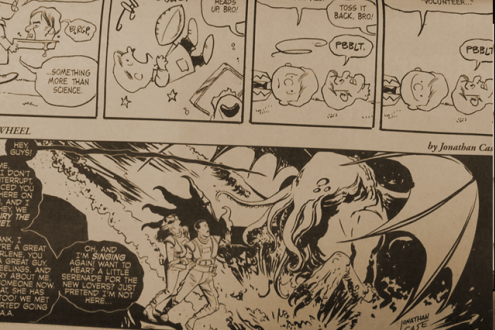 This is bound to be hot! Portland’s a real comic town, so there should be a lot of interesting insights and people. 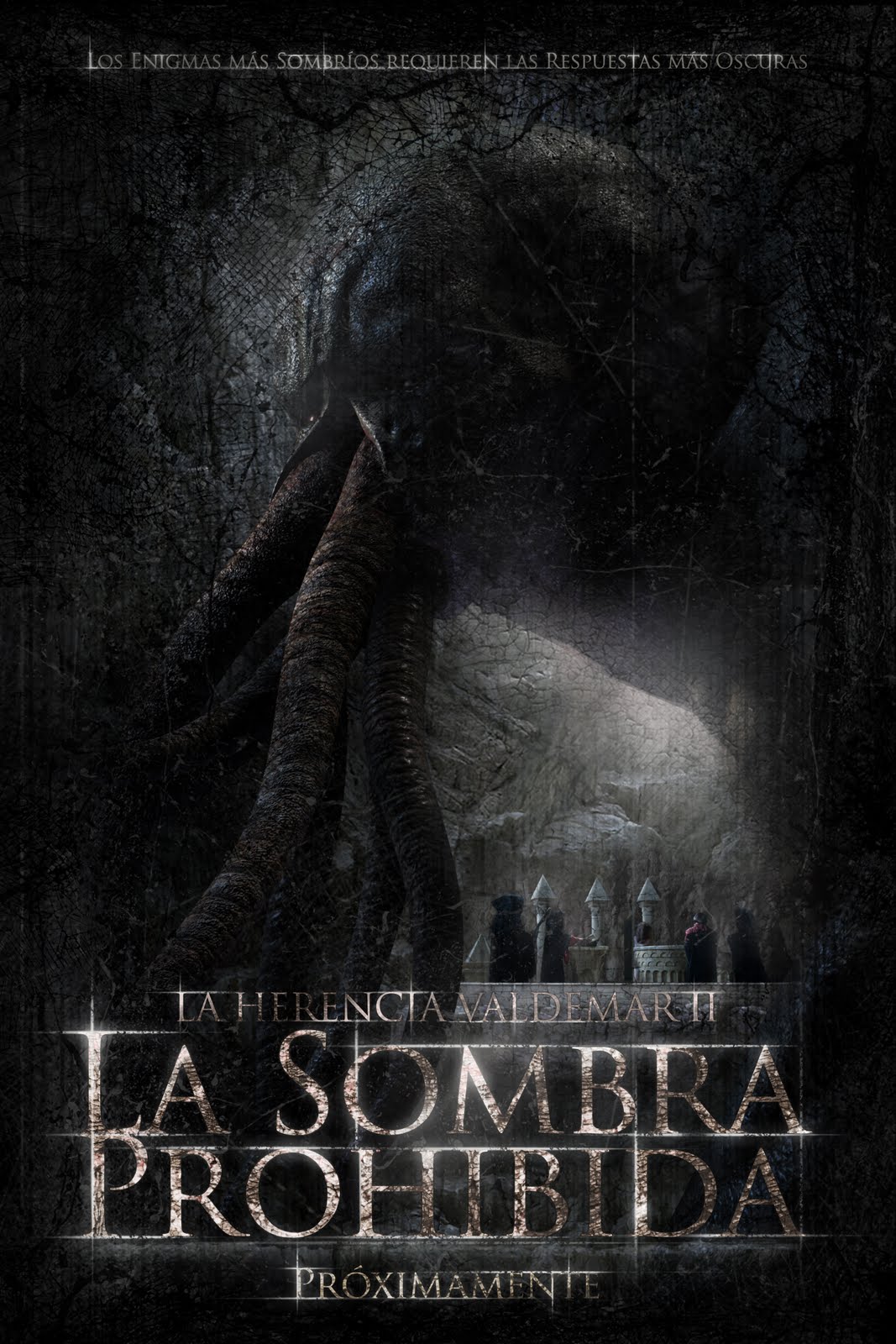 The second part of the Spanish Lovecraftian epic The Voldemar Legacy, featuring cults, ghouls, and an appearance from the batrachian one himself!

Watched this around the time of the last film festival, and it is surprisingly disturbing and genuinely terrifying. A great send off for the weekend. Provided you didn’t want to sleep before returning to Monday morning.

Don’t miss this rare opportunity to see this on the big screen!

So that about wraps it up. Like I mentioned at the beginning, this is just the tip of the iceberg, when it comes to amazing and frightening things happening in Portland, this weekend.

Are you going? What are you looking forward to? How many Portland horrorfiends are out there? Maybe we’ll see you there!

Tickets are going quick, so you might want to pre-order. You can get single day passes here, and weekend passes here!