It has long been a fascination that the shonen manga industry has allowed male characters who are not typically masculine to be interesting, complex, and relatable characters, as well as allowing women to take on the roles of young men. 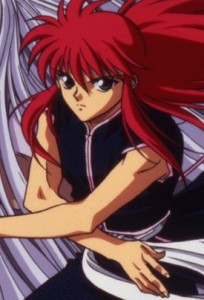 Kurama from Yu Yu Hakusho, Quatre from Gundam Wing, Bakura from Yu-Gi-Oh!, and Kurapika from Hunter x Hunter: Aside from being my favorite characters from their respective series, they are also all male characters in media created for young boys, who harbor somewhat feminine traits and who are voiced by female actors in the original Japanese. It has long been fascinating to me that the shonen manga industry has allowed male characters who are not typically masculine to be interesting, complex, and relatable characters, as well as allowing women to take on the roles of young men.

Of course, this isn’t entirely unheard of in the United States; Nancy Cartwright is well known as the voice of Bart Simpson, and Veronica Taylor, later followed by Sarah Natochenny, was the dubbed voice of Ash Ketchum from Pokemon. But these ladies are the exception to the rule, whereas young men are very frequently played by female voice actors in Japan (even non-feminine protagonists like Luffy from One Piece and Gon from Hunter x Hunter). And aside from this, it is very difficult to imagine any male character with feminine traits being accepted or respected in American media. So why is the pretty-boy, bishonen character so popular in Japanese media, and what does it say about differing cultural perspectives of masculinity?

As noted above, I have always been a fan of the bishonen character, but not because I necessarily get my kicks from men who could be confused for women, though I do understand that appeal. Typically, these characters are more soft-spoken, more intellectual, and carry more private motivations, which is something that I not only found attractive, but with which I could identify strongly. Part of the Japanese ideal of masculinity, as far as I can tell, is being able to provide for your family (as in Western society), but being a business-centric culture, success often comes through careful consideration, hard mental work, and the ability to strategize. 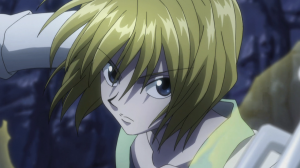 So when it comes to depictions of these quiet men with delicate faces in young boys’ media, the impression that I get is that the authors are acknowledging the vast difference in types of masculinity, and allowing boys of all types to feel as though they have a part in a cool, adventurous story.  And where depictions of masculinity are involved, I’m all for this method of encouragement as opposed to forcing young men to conform to a rigid masculine ideal (though it is important to note that the protagonists are almost never feminized in any way, which is a potential drawback).

While these characters are almost always voiced by women, the voices match a boys’ voice quite well, so a very thorough illusion is created. This also gives an interesting perspective to the idea of under-represented people, in this case women, playing roles typically played by the majority. I think it’s a wonderful opportunity for a woman to be able to break the bonds of stereotype and be allowed to play a role that would normally be denied to her if these series were live-action.

That being said, while the actors have a lot of agency, the female characters within most animanga for boys are still pigeonholed into categories more often than not: the fickle gold digger, the put-upon mother, the virginal bride, the damsel. Even series that have genuinely well-rounded female characters, such as Nami from One Piece, work within these stereotypes much of the time. It is a small consolation that most of the characters, of any gender, in shonen media are based heavily on stereotypes, anyway. 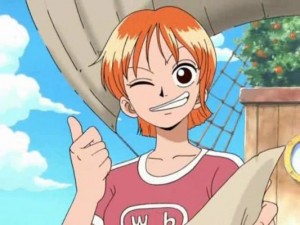 So what can we take from this? Male characters with feminine traits are really important for young boys to be exposed to; female actors playing male roles is awesome because they get to portray complex characters; and, it’s a pity that female actors don’t get much of a choice when it comes to voicing female characters. All in all, I love the trope of the intellectual strategist with flowing hair and long eyelashes, but I would also love to see some of those characters replaced by women who can be just as relatable to young boys. Because I think that impressions are born from media exposure whether we want them to be or not, and it is imperative that people the world over are able to see not just “girly” men in a complex way, but also actual girls.

The Nine Billion Names of God by Arthur C. Clarke

In this week’s viewing: Re: ZERO takes on the White Whale, the Earth Defense Club faces a truly giant panda, and more!

Great genre films of the past were not part of a franchise strategy.

Interview (Part 1): Nina Allan On Her Debut Novel, The Race