What’s it like to Beta test a game? Travis takes a few minutes away from the controls to fill us in. 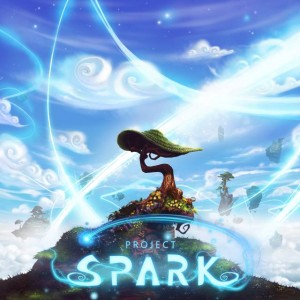 This is a series I’ll do once in a while because I end up partaking in both open and closed betas for lots of games. However, I think most of these will be about open betas because there are far less restrictions imposed on what the tester can talk about.

When it comes to free play games for Xbox One, the pickings are slim. But the future looks much brighter. Right now I’m a part of the Project Spark beta program, which sounds more impressive on paper as all you need is an Xbox One or a Windows PC and some patience to get a beta code.

Project Spark is more of a creative tool than it is a game. The entire basis of it is to make your own game levels and share them with other players. It’s easily the nicest, graphically, that I’ve ever used. Fans of the RPG Maker series will feel right at home, here.

What you get to start with, on the surface, is actually quite functional. There are tons of stuff in the object store, and even more to unlock, and the programing, while structurally a little odd, is pretty easy to use to take your game to greater heights than the basics.

Personally, I’ve been trying to create a game with more advanced combat and an enemy targeting system. It’s been a challenge, but so far, I haven’t found any major road blocks that would have frustrated me to the point of quitting, and this is really good considering how easy it is to limit the programing capabilities within game making software.

The Xbox one version supports motion capturing with the Kinect sensor, which is awesome. I haven’t tried it out yet, but assuming it works well, it makes animating a painless task. And although the beta is limited, there is still a lot that a player can do with it. Don’t know how to program? No problem, there is preprogramed code available to implement, via the Load Brain feature.

What I hope to see in the future is a way to co-op and make design teams. Although I dig the idea of individuals creating worlds and games for players to experience, there is just so much more I could do with a team.

I’d say that with Project Spark, some elbow grease, and programing knowhow, there is nothing between you and making a great game. The hardest part is done for you, and it wouldn’t surprise me to see Project Spark games, one day, taken to the big leagues.

Are Counterfactuals a Waste of Time?

Suitable for both young and old and promising everything we need to know, what more would a Star Wars fan need?

This Is Hardly Productive*

Did Star Trek Get It Right?: USS Enterprise vs. International Space Station (Round 2)