Morgana Santilli reflects on a year of posts and blogging. Happy Blogiversary! 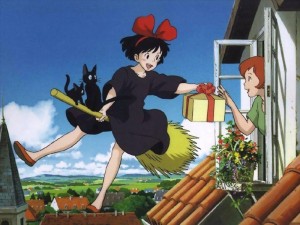 It’s official—as of February 4th (hey, that’s tomorrow!), I’ll have been writing for Amazing Stories for a whole year! This may seem inconsequential to some, but it’s a pretty exciting milestone for me. Aside from my high school newspaper, there isn’t a publication that I’ve had the opportunity to write with on a very regular basis—and on top of that, I get to write about things that I care about, things that are important to me.

A lot changes in a year. At the outset, I anticipated that my writing would be fairly superficial observations of anime and manga, and my intention was to get people interested and excited about many series over many genres. In reality, I found that my interest lay in picking apart larger issues within the anime world, talking about homophobia, fetishization, racism, and sexism. It has come to my attention that these issues don’t get talked about as much in anime fandom as they do in, say, Western comic book fandom, and it has become a goal of mine to push discussions in that direction. I’ve also learned that I gravitate toward very specific kinds of anime, which aren’t always the most popular ones: anime that are hard to find in English, series that have a lot of emphasis on quality of animation, obscure horror stories, and series with female protagonists who are in some way atypical of the tropes they should fall into.

Unsurprisingly, my most popular posts have been ones that have pushed peoples’ buttons, posts that have garnered comments chiefly because someone disagrees with what I’ve said. I’m sure that many of the bloggers here and elsewhere know this phenomenon very well, and for the most part I feel fortunate that those commenters have been overall respectful. I’m also very fortunate that I’ve experienced a good deal of very positive feedback, and that always makes me feel as though I’m pushing in the right direction. So, thank you, everyone, both for agreeing and disagreeing with me; it allows me to grow as a writer and to learn how to write more clearly for a wider audience. 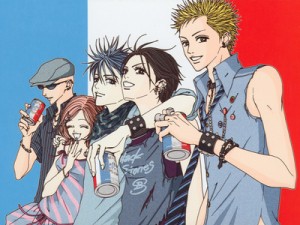 So what’s on the agenda for the upcoming year? I’m sure I’ll continue with a decent dose of social awareness, but alongside that I’m just really excited for new titles to review. The Sailor Moon relaunch has had me drooling about it for about a year now, and there’s going to be a new season of Free! to keep me on the edge of my seat from week to week. I’m going to be teaching a class to high school-aged students about comic book art and creating socially responsible characters, and I’m sure that I’ll be learning a lot and getting a lot of inspiration from my interactions in that setting, as well. And of course, I’m sure there will be the occasional non-anime-related post, like my Night Vale one that has been consistently popular since I wrote it (though I’m never sure why, it’s a pretty mundane post!). Add in a dash of cultural context and critique, and I think the next year is going to be a nice expansion on the last.

In addition to all that, I hope that my readers and my fellow bloggers continue to inspire and encourage me, and I would like to thank them all for sticking with me thus far. Here’s to the next year! Kanpai!

Out in the world of beautiful stories, digital art, and ironclad contracts with Scholastic exists a beautiful man, in every sense of the word, named Kazu Kibuishi.  For years, Kazu has worked on, collected, and made nothing but monumentally gorgeous comics for mostly younger readers that surpass all expectations of what one can expect from […]

Steven H Silver’s Argentus 13 rounds out 2013 and presents a picture of a well-conceived and accomplished ‘sercon’ fanzine. (Some very cool articles too!)

Scientists May Have Found Evidence of the Elusive Sterile Neutrino Particle

SPACE: Was Venus Once a Paradise?