Home Review Review: City at the End of Time by Greg Bear 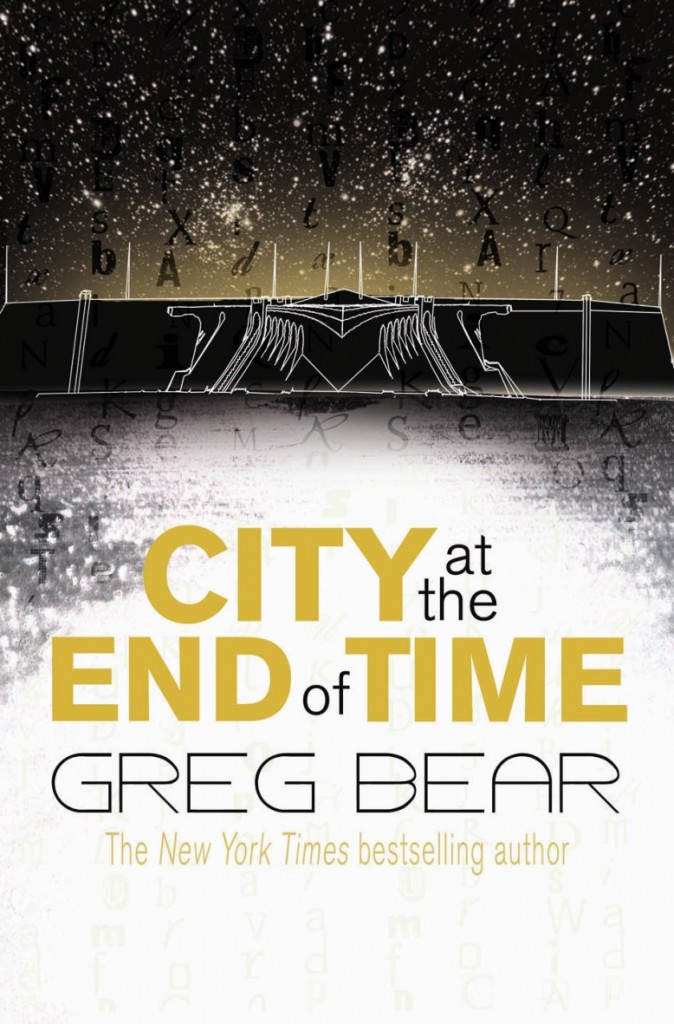 Greg Bear has written some of my favourite SF novels, or at least books which made a powerful impact on me at the time, among them Eon, The Forge of God and the superb Blood Music. The most recent novel of his I’ve read is City at the End of Time. Here is a revised version of a review I wrote for Vector: The Critical Journal of the BSFA and which originally appeared in Vector #258 (Winter 2008). It’s an astonishingly ambitious novel and I think the review is worth reprising now.

In The Forge of God Greg Bear destroyed the earth in the present day. In Blood Music he ended the contemporary world in a more metaphysical manner. With Eon Bear introduced The Way, an infinite tunnel offering the possibility of gateways opening to all times and universes. A novella length sequel to Eon, ‘The Way of All Ghosts’ (1999, first published in Far Horizons, edited by Robert Silverberg, then collected in Sleepside Stories with two other novellas by Bear) involved a gateway being opened into a universe based on the far future setting of William Hope Hodgson’s The Night Land. The novella was dedicated to Hodgson. In retrospect that 60-page adventure reads like a dry run for City at the End of Time. That said, this current book unfolds as the culmination of many aspects of Bear’s work, not just those already mentioned, but also the sheer density Queen of Angels and the intense surreal horror of Psyclone. Beyond that, City at the End of Time is Bear’s love letter to the power of words and story itself, and more specifically to certain key authors and works: Hodgson’s The Night Land, Arthur C Clarke’s The City and The Stars, Clive Barker’s The Great and Secret Show, various stories by Borges. (Borges and Barker are mentioned by name, the title and plot clearly allude to Clarke, and Hodgson is definitively evoked, though not named). For those who care about such things the book is as much fantasy and horror as SF, both for its voyage into metaphysics and for its sufficiently-advanced-technology which is to all intents and purposes indistinguishable from magic. Meanwhile Bear’s titular City, Kapla*, builds on Clarke’s Diaspar to create one of the most imaginative and mind-boggling far futures yet conceived.

So what’s it all about? Hundreds of trillions of years from now, Kalpa is the last redoubt of humanity. Far beyond the heat death of the universe mankind has found alternative sources of energy and has risen and fallen billions of times, eventually retreating to Earth in the face of advancing Chaos. This is of course a classic SF narrative, a Dying Earth epic which conjures a sense-of-wonder through immense scale, and the pitting of, rather than good verses evil, order verses chaos, intellect verses mindlessness. The scale on which Bear tells his story of the possible end of all things makes some claim for this being the ultimate eschatological genre novel. Bear makes Stapledon look like Saki. 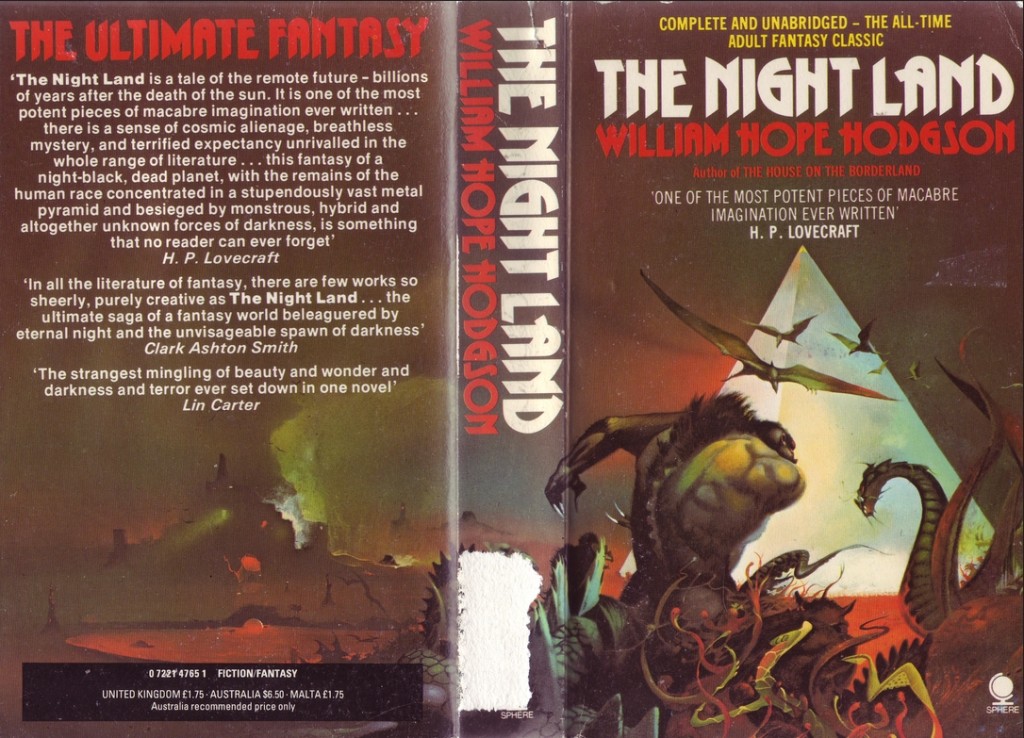 In the City Jebrassy and Tiadba become lovers while planning to go on a March to explore beyond the dome of their enclosed world. They also experience strange interludes in which they appear to be displaced in space and time, exchanging places with two young people, Jack and Ginny, in a version of contemporary Seattle. Jack and Ginny are fate-shifters, able to move their consciousness between different world-lines to find the most favourable future. Daniel is also a fate-shifter, though he is able to move parasitically into the minds of other people and possess them, erasing the original personality. Hunting the fate-shifters are agents of the Chalk Princess, including the splendidly Barkeresque duo of Max Glaucous and Penelope, the mysterious Mr Whitlow and the bizarre Moth. Aligned against these are the near immortal Bidewell, who occupies a warehouse of 300 000 unique books, including 12 novels by David Copperfield, and a middle-aged book group collectively known as The Witches of Eastlake (there is an area of Seattle called Eastlake).

Trillions of years hence the Kalpa is in the final stages of a siege which has lasted half of eternity,while back in Seattle reality is crumbling and world-lines are being severed as the universe approaches Terminus. Dating back to the Mass Wars, in which humanity reconfigured itself in various forms of matter, a desperate scheme unfolds in the Kapla, the work of untold years by the Librarian in the BrokenTower. The power of story itself becomes vital to the last defence of humanity, particularly the complex and enigmatic recounting of the journey to rescue Polybiblios from the Shen Worlds, of his post-human daughter Ishanaxade and her mysterious exile to Nataraja. 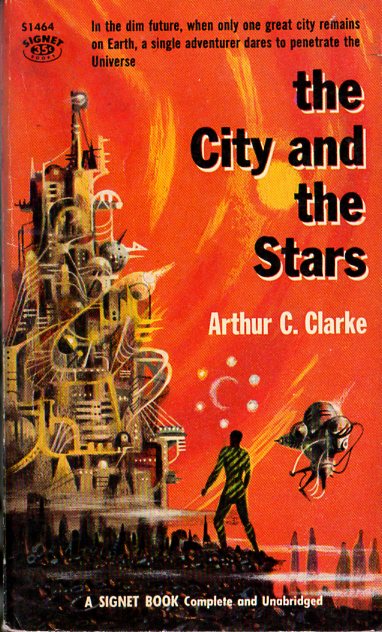 Everything ties together in highly involved, non-liner ways, Bear combining labyrinthine plotting, sense-of-wonder science fictional ideas, elliptical evocations of the ‘alien’ and ‘other’, breathtaking scale and nightmare dissolution. Bear offers a multitude of ideas, many involving the love of words and story which will delight a certain sort of reader. Individual set-pieces are alternately rich in wonder and darkness; the contrasting collapse of reality in Seattle and the March into the Chaos are filled with vivid incident. Character is at the service of story, such that while conventionally perceived deficiencies in characterisation make sense in terms of the grand sweep of Story, those who value characterisation over all else will be less easily convinced. Simply put, due to the nature of the tale it is hard to become deeply involved with Bear’s characters. Regardless, City at the End of Time is a demanding, immensely rewarding novel filled with beauty, dread and electrifying notions of time, space, identity, and the underlying nature of reality itself.

The only significant drawback is that, as becomes increasingly obvious, the story can only end in only one of two ways. Bear writes himself into a corner whereby the journey has greater impact than the arrival. Ironic then to find on page 400, ‘The best stories start in the middle, then return to the beginning, then come to a conclusion that nobody can forsee.’ The conclusion of City at the End of Time can be foreseen far ahead, the major disappointment being that after all the fireworks Bear ultimately falters, struggling to muster the grandeur, tension and apocalyptic conflict the finale demands. The ending in fact seems to be far too much of an in-joke.

If City at the End of Time isn’t one hundred percent satisfying it is because it aims so high and doesn’t quite succeed. It is though a fantastically ambitious book and for 460 of its 470 pages ranks among the most challenging, imaginative and exhilarating works in all genre fiction. It is an absolutely staggering fusion of epic hard SF with majestic dark fantasy.

(* the word, which is used in ambiguous fashion at the climax of ‘The Way of all Ghosts’, is, according to Wikipedia, a Sanskrit word meaning, ‘practicable, feasible, possible’, and also ‘proper, fit, able’. It also means ‘proper practice’, ‘ritual’, and can be used to indicate an aeon in Buddhist and Hindu cosmology.)