A French graphic novel is coming to a theater near you….maybe. 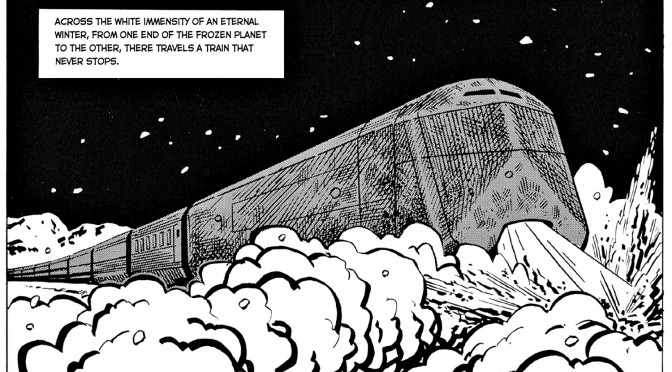 According to the old saying, there’s no such thing as bad publicity. A bad review, a scandal, or even a tragedy, is exposure, and exposure can lead to a chance to make money.

No, wait, don’t scroll down. This isn’t a post about Miley Cyrus.  This is a post about a French graphic novel,  and how it may be benefiting from a controversy attached to it.

The novel in question is Snowpiercer, written by Jacques  Lob and Bejamin Legrand  and illustrated by Jean-Marc Rochette. This is a post-holocaust story with an unusual premise.  A non-specific menace turns the earth into a frozen, snow-covered wasteland.  The only sign of life is the gigantic train Snowpiercer.  Like a shark, it remains constantly in motion,  carrying thousands of humans in varying degrees of comfort and safety.

Now this is the sort of premise that requires some serious suspension of disbelief—particularly if you remember Supertrain, a short-lived TV series from the late 1970s. However, unlike some some series—I’m looking at you, Space:1999— I think the creators make it work here, by supplying the right sort of details. In the first volume, The Escape—the reader encounters a religious cult that believes it is keeping the train moving by sheer mind-power. We also meet the man who has gathered all the books that were on the train, when it began its last run. Class warfare is a strong theme in the first volume, as is the idea of living in a world with very limited resources.

How did controversy get attached to Snowpiercer? Here’s what happened: last year, a live-action version of the graphic novel was released in South Korea. It was directed by Bong Joon-ho, who helmed the popular horror movie The Host, and features a surprisingly strong cast, including Chris Evans (Captain America); Tilda Swinton and John Hurt. The movie has been well-received,  and the Weinstein Bros. bought the American distribution rights. However,  there’s been a dispute over how the film will be release in America.

Originally, the Weinsteins wanted to cut roughly 20 minutes from the film and add a narration. When this idea was booed down, they said they would release the movie untouched, but only in a few markets, to see if it will attract any interest. As of this writing, the American release date still hasn’t been set, so, exactly what form the movie takes may not be settled. The Japanese trailer for the movie can be found  here.

All this maneuvering has produced at least one good side-effect. Although the three volumes of Snowpiercer were published some time ago in France , Titan Comics published the first  English version of The Escape at the end of January.  The news stories about the movie seem to have produced enough curiosity that the first  print run of the book has sold out. The second volume is scheduled for the end of February. 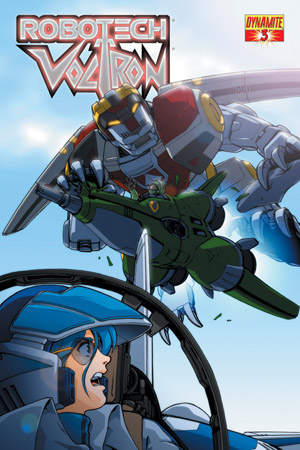 MEANWHILE: Robotech/Voltron  #3, a five-issue limited series from Dynamite Entertainment, is listed in the current issue of Previews, which is probably available at your Local Comics Shop. As the title suggests, this is a meeting of the Robotech and Voltron universes. I’m going to scripting  the last three issues, based on a script by Tommy Yune. This is the first time I’ve worked with the cast of Voltron, but this is something of a homecoming as far as Robotech  is concerned. I’ve written over 70 issues of Robotech, divided among various series, from 1989 to 1996.

The 10 Commandments of New Fantasy (Part 1)

Fine writing throughout in this magazine devoted to pulp fiction of a higher literary calling.

Worldcon is Over. What Have We Learned?

Short Story or Long Story? How to Decide on the Length of Your Story