Home Science Fiction The Real World Is A Messy Place 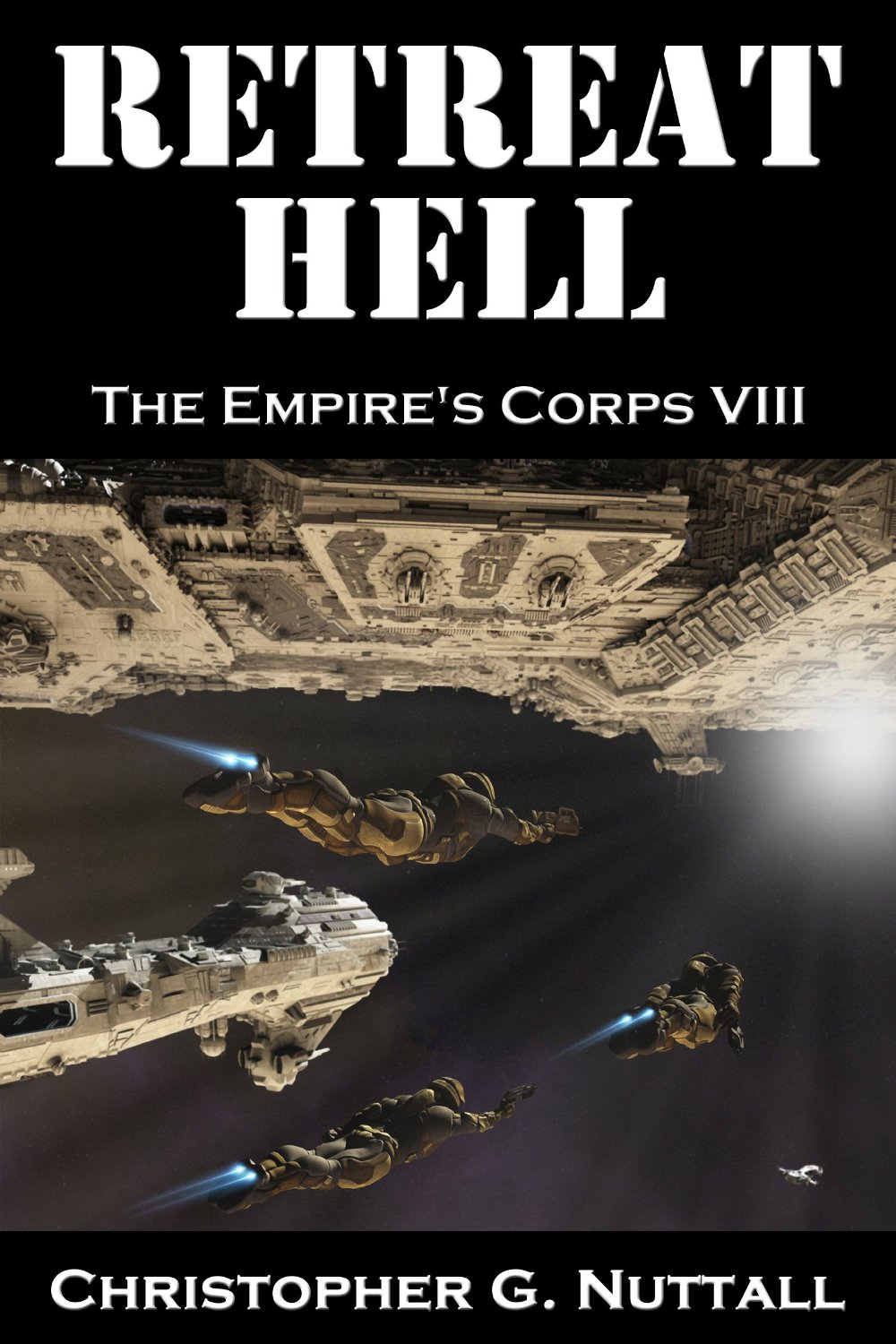 The Empire’s Corpsseries (currently eight books on Kindle) is intended to serve two purposes. First and foremost, it is intended to be great entertainment, precisely the sort of books I like to read. Second, it is intended to illustrate many of the problems facing our world, be it the poor state of education Reality Check) or the issues in dealing with an insurgency with insufficient resources (The Empire’s Corps) or the poisonous effects of bureaucracy and political corruption (When The Bough Breaks). One of those problems is just how politics can cast a long shadow over military operations …
… And how politics can lead to poor decision-making processes.

One of my readers suggested that the situation in Retreat Hell, the new novel in the series, was similar to the situation in To The Shores, the previous novel. That is only true on the surface (and not really even then.) The military issue of To The Shores was remarkably straightforward. All the heroes had to do was get from Point A to Point B before time ran out, which involved fighting their way through a succession of enemy strongpoints and mobile forces that tried to bar their path. There were, at least on the surface, no outside powers that might become involved, nor was there any need to pacify the galactic media or the locals themselves. The whole war boiled down to a simple march up through enemy defences.

The only thing worse than having allies, as Winston Churchill once pointed out, is not having allies. And allies can be very useful, particularly in the modern field of war. Our soldiers may be the deadliest on the planet, but when they are forced to interact with local civilians they have very real problems understanding or relating to them. Thus we have the problem of our soldiers becoming convinced that the local civilians are all against them, which tends to lead to abuse and a general lack of concern about their lives. And having the ability to put a local face on military operations helps to move the burden of the war onto our allies, which is the only long-term solution to some of the problems we face.

However, having allies also has its downsides.

It is a simple fact of geopolitics that every country has different political priorities. America and Britain grew powerful through command of the seas; France, Germany and Russia simply couldn’t afford to build formidable navies when they also had to build vast armies. In modern days, American attempts to limit the ABM commitment to Poland have been resisted by the Poles, who fear Russia (with good reason) and want a much greater sign of American commitment to their defence.

Our allies have also caused problems in the War on Terror. The requirement to use Pakistan as a supply line into Afghanistan has made it difficult for us to strong-arm Pakistan into abandoning the Taliban completely. Pakistan has been hedging its bets in the region, which makes a great deal of sense when you realise that the Pakistanis fully expect us to abandon Afghanistan sooner or later, while they cannot do the same because Afghanistan is right next door. Further, as our allies have local problems of their own, they cannot always support us to the extent we would wish. For example, the provisional Iraqi government was none too keen on the idea of turning against Shia militias in Basra and Baghdad, as these militias provided a key source of support (and would be potent enemies if turned against the government.)

For Retreat Hell, the Commonwealth is faced with a comparable no-win situation.

The insurgency on Thule is opposed to the Commonwealth. If it wins, and it has a very good chance of winning, the Commonwealth will be asked to leave Thule. If that happens, a powerful industrial node will be lost to the Commonwealth. Complicating matters is the simple fact that a hostile interstellar empire is right next door and is clearly supplying weapons to the insurgents, which raises the spectre of them handing the planet over to the outsiders as soon as they win the war (and thus tipping the military balance further against the Commonwealth.) And the hostile power might just invade on its own.

So what choice should the Commonwealth make? Send assistance to a local government that is far from ideal or leave it to sink or swim on its own?

If they don’t send help, they will lose access to Thule when the insurgency takes control. And the Commonwealth’s reputation will be called into question by every other planet facing internal troubles. But if they do send help, they will have work with their allies and their allies may want the Commonwealth to act in ways contrary to their own best interests. And they would run the risk of exposing their flanks to a sneak attack …

Which choice should they make?

Retreat Hell can be downloaded from Amazon Kindle; free samples are available here.