When it comes to 2001: A Space Odyssey, it’s usually a love it or hate it relationship based on the emotional loyalty of fandom. We already know a lot about writer Arthur C. Clarke (Amazing Stories contributor J. Jay Jones wrote a great piece about the author here), so we’ll focus instead on the story that spawned the famous Odyssey series.

For all of those wannabe writers out there, it’s reassuring to know that the short story Sentinel of Eternity by Clarke wasn’t even good enough to win a 1948 BBC competition. But a few years later in the spring of 1951, the piece finally found publication in Volume 1, #1 of the pulp magazine 10 Story Fantasy. It turns out that this was the only issue of the magazine ever produced by Avon Publication (who had previous failures in the pulp magazine market as well). Eventually, this story emerged as the inspiration, muse, or as J. Jay Jones pointed out, the progenesis of what became 2001 Space Odyssey. So if you’re an aspiring writer, don’t give up on those ideas if they first go unnoticed. Those darlings just might blossom into literary classics.

This review is based on The Sentinel as it appears in the 1978 Puffin edition anthology of The Worlds of Arthur C. Clarke – Of Time and Stars. With seventeen other works of fiction by the author in this book, I hope to return to it in the future and look at other pieces in the collection.

The story begins with the geologist/selenologist narrator Wilson describing the team’s long term lunar research. The most notable perspective at this point is the casual observation by Wilson. Readers are put at ease by the commonality of man’s existence on the moon and the calm demeanor of the crew.

“Half a dozen times a day we would leave our vehicle and go outside in the space suits to hunt for interesting minerals, or to place markers for the guidance of future travellers. It was an uneventful routine. There is nothing hazardous or even particularly exciting about lunar exploration. We could live comfortably for a month in our pressurized tractors, and if we ran into trouble we could always radio for help and sit tight until one of the spaceships came to our rescue.” 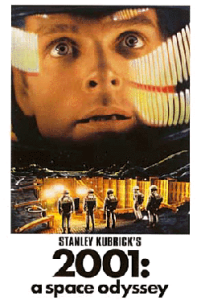 Perhaps this image does not compare to the awe inspired vision expressed in Stanley Kubrick’s 1968 film 2001: A Space Odyssey, but is important none the less. Why? This introduction is less cryptic than the film and it serves two intertwined purposes to the story. One, it presents Clarke’s prediction of man’s celestial knowledge and technological advancements over nearly half a century in the future from when it was penned. And two, it sets up the theme that aliens will inevitably learn man has finally escaped the terrestrial boundaries of Earth and reached for the stars.

In comparison with the Odyssey series, I find the difference in geometric design between the short story version of the monolith and that of its film and novelization counterparts fascinating. In the widely recognized versions, the monolith is a black, non-reflective rectangular solid mass with extremely flat surfaces located on various stages. But in the original short, Wilson’s perspective is a little different.

“I was standing on a plateau perhaps a hundred feet across. It had once been smooth – too smooth to be natural – but falling meteors had pitted and scored its surface through immeasurable aeons. It had been levelled to support a glittering, roughly pyramidal structure, twice as high as a man that was set in rock like a gigantic many-faceted jewel.”

While we’re at it, I’d like to consider the definition of “sentinel” and its significance to the story. It’s no wonder Clarke chose it for the title of the short story and not surprising Kubrick didn’t run with it for the bigger picture. According to Merriam-Webster:

Kubrick (and Clarke) went with the Greek mythology angle by referencing Homer’s Odyssey in the space adventure title. This could have simply been homage to one of the earliest works of literature in Western civilization or perhaps how the hero’s journey is supposed to reflect the long awaited alien signal. But in Clarke’s original story, the “Sentinel of Eternity” is clearly a timeless guardian, intended for notification of any intelligent life, no matter how long it took. This is backed up by the story header when first published:

“Before there were men on Earth, that signal-sending pyramid had stood alone on a lifeless moon. What would happen now that its alarm was silenced?”

The story does not answer this question (sorry, spoiler), but it does present the idea that there is an advanced intelligence out there and now they know we are here too. The later shortened version of the title maintains the sentry theme, but it also hints at the idea that the wait for the alarm is over.

The Sentinel is not one of Arthur C. Clarke’s most profound works, but it has arguably become one of his most prolific as the Space Odyssey series has proven over time. If for that reason alone, it is an important part of literary science fiction history.

The story can be found in print in a lot of SF anthologies, but it’s also available at a few places on the internet. Go check it out if you haven’t already.

There is one more search I haven’t been too successful in (though I should say “yet” because the search continues). I would love to know what story or stories stood ahead of this one in that ill fated 1948 BBC completion.