Home Anime/Comics Is the Anime Renaissance Upon Us? 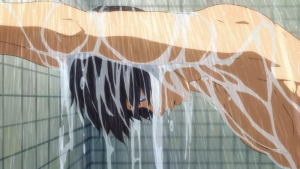 It’s no secret that I’m a little old-fashioned about my animanga; all of my favorite series are from the ’90s, with a select few having been produced in the early 2000s. For a good span of time, say between 2004 and 2013, I was pretty unimpressed with all of the new series that were being offered. This was partially my own bias, and partially a trend in the greater anime world—many of my friends have also stated being kind of bored with the recycled animation styles and stories from the last decade. That isn’t to say that there weren’t any good series produced around this time, just that they weren’t at the forefront of the media’s attention, nor were they easy to access.

But I have to admit, I’ve become pretty hopeful that we’re entering into a new renaissance where anime is concerned. I’ve already mentioned how pleased I am with Space Dandy, and its not the only series whose style has bowled me over. It was recently announced that Free! Iwatobi Swim Club is going to be getting a second season, and regardless about mixed feelings on the content of the show (I love it, personally), it’s hard to deny that the animation is superb. Little Witch Accademia, the animated short produced by Trigger for Anime Mirai 2013, is going to be getting a sequel episode, and if that does well, perhaps even a series!  And let’s not forget that Sailor Moon is getting a reboot, finally, in July (though perhaps that should be counted among the series from the 90s?). 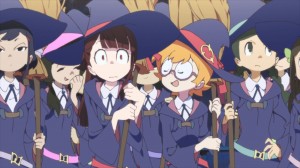 Beyond that, I’ve been seeing a greater variety in the manga that’s being translated and brought into the States. Around Christmas, I stopped into a Barnes & Noble and had a nice browse; not only was this particular branch extremely well-stocked with the old favorites, but they also had a good handful of josei manga (intended for women aged 18-40ish) published by Vertical. This is a really big deal, because this means that publishers have been paying attention to the market: Girls like manga and consume it at least as much as, if not more than, boys. As they grow up, so should their series. I actually bought Kyoko Okazaki’s pink, a somewhat sober look at a young Japanese woman’s life, rife with sex—and drawn in a style that does not scream “ANIME!” 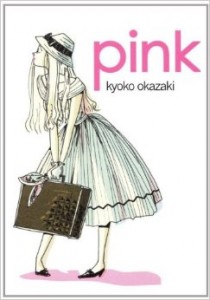 What does this mean for me? This means that the true diversity of animanga as a medium are finally being recognized. As we further what is publicly available Stateside, more and more opportunities to market more esoteric titles will make themselves apparent. The fans like myself, who are interested in art and writing as opposed to fluff and cuteness (though that absolutely has its time and place) will have an easier time finding satisfying series—without having to resort to horrible fansubs [anime subtitled by fans] and scanlations [manga scanned and translated by fans].

This also means that when I search through the “anime” tag on Tumblr, I’ll get way fewer images of near-identical little girls posing cutely in their school uniforms in pastel-colored classrooms—or at least, that’s the hope.  I’m not opposed to young girls being the protagonists of a series; on the contrary, I think young women need to be more prominently represented in all media—but as real characters with beliefs and ideals and backgrounds, and not only adorable slice-of-life fantasy-fillers. Bring on the magical girls, the girl gang leaders, the space outlaws, the ghosts. 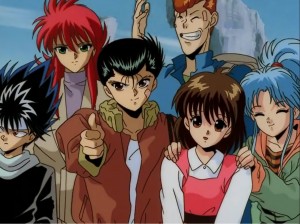 I’m ready to find joy in popular anime again, and I’m going to hold out hope that the pleasant trends I’ve been noticed are a true indicator that new talent is on the scene and ready to make waves. I’m ready to see shows that don’t look like they were all made by one studio, shows that have variety of art and music and character. I’m ready for the anime-consuming masses both in Japan and here in the States to think critically about the series they enjoy and to see that what’s popular isn’t always good. I’m ready for my experience of scrolling through anime options on Hulu and Netflix to not be punctuated by my constant eye-rolling. I’m ready for a glimpse back into what I believe was the Golden Age of Anime, the 1990s, while pushing ahead with new technology and new ideas.

So I will continue to watch Space Dandy and fondly remember staying up late to watch Cowboy Bebop back when it too was airing on Adult Swim. I will go on a proper hunt for my Sailor Moon crystal locket that’s hidden somewhere among old and broken toys in the attic. I will find my old fanart and redraw it, and I will patiently wait for new series that will inspire me to draw more. Because I believe this is the beginning of a new era where animanga is concerned, and that gives me hope.