K. Ceres Wright takes us into the world of afro-centered blood and thunder! 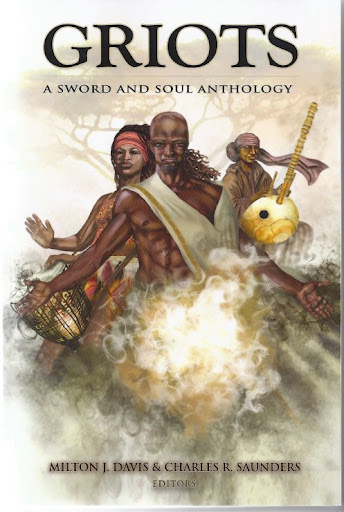 As the call for diversity in speculative fiction finds authors willing to champion the stories of African myths, legends, and lore, the genre of Sword and Soul will expand, sweeping up the experiences of the diaspora. People of color will be able to see themselves in fantastical stories that reflect their culture, not consigned only to those stories whose landscapes resemble The Lord of the Rings.

I caught up with four Sword and Soul authors (Carole McDonnell, Charles Saunders, Valjeanne Jeffers, and Milton Davis) and asked their opinion on the matter.

ASM: What is Sword and Soul to you?

McDonnell: Sword and Soul is about theme and culture. On the one hand, it’s a celebration of African culture. Africa had a glorious history, as mystical and magical a culture as Europe with their Euro-royalty, Euro-faes and monsters, and Euro-wars. So why shouldn’t there be Black shape-shifters, African warriors, Sub-saharan spritualities and culture in fantasy? Sword and Soul such as Charles Saunder’s Imaro, Milton Davis’ Amber, and my own Wind Follower address all that. But for me also, Sword and Soul is not necessarily rooted in Africa, but in an African-American present, in the here and now of my life. It’s a truer, more American alternative to current fantasy and it addresses themes that are important to African-Americans. As a Black American, one can’t help but have story themes such as injustice, prejudice, oppression. African-American writers of Sword and Soul are African-Americans, not Africans. And one cannot help but be affected by the larger culture. So my short stories about contemporary times—although there are often no swords present—do carry the themes of Sword and Soul.

Saunders: Since I don’t have any actual children, I would have to say that Sword and Soul is my “brainchild.”

Jeffers: Sword and Soul is a genre created by the illustrious Charles Saunders, an author who is considered by many (myself included) to be a legend in his own time. His Imaro series is a groundbreaking collection of novels. Sword and Soul sprang from his genius, and is a synergy of African history (real or fictitious) and mythology. For me, the growth of Sword and Soul is part and parcel of the proliferation of Black Science Fiction and Fantasy literature, actually of SF/Fantasy written by folks of color, which has swept across America during the last decade. This is a movement. Indeed, it is a Renaissance.

Davis: Sword and Soul to me is heroic fiction/sword and sorcery/epic fiction based on African culture, traditions, and mythology.

ASM: What is your process for developing plots and characters?

McDonnell: I generally don’t develop characters. The characters turn up as they are. I just try to see clearly. I write and depict what I hear them say and what I see them do. I don’t sit at my computer and say, “This character should be like this, should do such and such, should have such traits or such flaws, should fall in love with this person, etc.” The plot is something the characters do and I try to observe them carefully and record what they say. Stories already exist in the cosmic ether, basically, and my purpose is to bring the stories down and onto the page exactly as the universe presented them. I have to hear carefully, so writing a story is all about discovering what already exists.

My only personal choices, as a writer, come after the first drafts. For instance, I often write a scene because I see clearly that this scene happens. But in subsequent drafts, it becomes clear that the scene is in the wrong place, so I move it. Or I see a death scene and I write it for a specific character, only to realize that the same death scene occurs, but with different characters.

The good thing about editing over a long period of time is that one can play plot-clean-up more efficiently.

Other choices come in the proofing sessions. If a character is lame, I have to make sure I don’t have him lame in one leg in one chapter, then lame in the other leg in other chapters. And that he has the same eye color, clothing style, speech habits, or personal tics throughout. If I see inconsistency or if I realize the characters are showing me their own symbolism, then I clean it up and tighten.

Saunders: My watchword is “Let it flow.” I start with a basic idea, and then see where it takes me, and who goes with it. Sometimes the final story is nothing like what I thought it would be when I started.

Jeffers: I’ll use my Sword and Soul stories as examples, since my technique in writing all of my stories and novels (except for research) is essentially the same.  A character emerges in my mind and I develop a plot sketch in my mind, which eventually coalesces around the character. In Awakening and The Sickness, this character is Nandi, a young West African woman. Nandi is a Zulu name that means strong-willed; it is also the name of Chaka Zulu’s mother. Nandi’s tribe, the part of the continent where she lives, the food she eats…are all West African. In Sword and Soul, whether your tribe is real or fictitious, it must be authentically African.

Davis: It varies. Most of my plot lines come from things I’ve read in history. Many of them I honestly couldn’t tell you how they developed. As far as characters are concerned, for me, they are usually secondary to the story.  The story comes first, then the characters are created to support the story. Sometimes I’ll come across an image of a person that inspires a story, but still it’s all about the story to me.

ASM: Where do you hope Sword and Soul will go in the future?

McDonnell: For me, sword and soul is reality. It’s multicultural and has multicultural concerns. There really is no reason why a speculative fiction story written by anyone in the contemporary western world should have only one race. Some Sword and Soul stories look back to Africa or ahead to Afro-futurism. But as an American who lives in a world with other ethnic groups, I hope Sword and Soul will show how pitiful and bereft typical white spec-fic can be. Really, we live in the USA. There is no excuse for having stories like Game of Thrones where black characters are ghettoized. I want Sword and Soul to so reflect the real ethnic make-up of the world that from now on, it would seem utterly strange to have thoughtless homogeneous fantasies. I’m not against homogeneous fantasies. Just bothered by the ones where characters of the non-majority race are placed like tokens in stories.

Saunders: I want it to reach for the sky, and beyond. I want to see more people both writing and reading it. I want to see it go in directions I’ve never dreamed of.

Jeffers: I see Sword and Soul as continuing to grow and gain respect. Griots: A Sword and Soul Anthology (edited by Milton Davis and Charles Saunders) has been very well received. Griots II: Sisters of The Spear (also edited by Charles Saunders and Milton Davis) has been eagerly anticipated and is scheduled for release in December 2013. I’m very honored to have stories published in both: “Awakening” (Griots) and “The Sickness” (Griots II). This is a genre that attracts, and I believe will always attract, a lot of talented, imaginative writers. Some of the Sword and Soul novels I’ve enjoyed include the Imaro series, Meiji (Milton Davis) and Once Upon A Time In Afrika (Balogun Ojatade), which I also had the pleasure of editing.

Davis: I see it growing significantly. Over the past three years, I’ve seen my book sales double every year. I think there is a core audience that has a real affinity to Sword and Soul. That audience includes people of African descent who have been starving for books and stories that show them in a positive light. I think we’re just scratching the surface where that audience is concerned. That core audience is why Sword and Soul will survive. There is also a significant audience beyond the core group that is happy to see Sword and Sorcery from a different cultural perspective. Then there’s the fact that Sword and Soul is just plain old good writing, and good writing transcends all barriers.

To read more about these writers, visit their website. To help ensure Sword and Soul continues to grow, please purchase their works and post a review on Amazon. This holiday season, that’s the best gift you can give a writer. 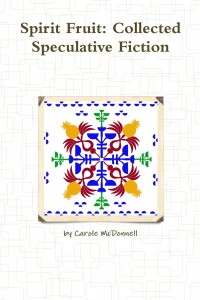 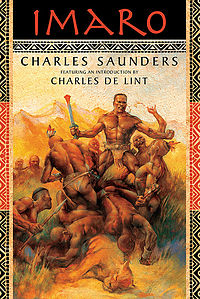 Charles Saunders: Website. His books include the Imaro series, Damballa , and Dossouye. 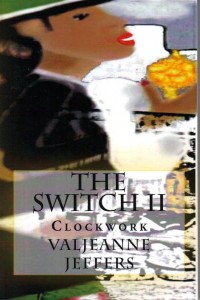 Valjeanne Jeffers: Website. Her books include Immortal (five-novel series;  and The Switch II: Clockwork(includes novels I and II. 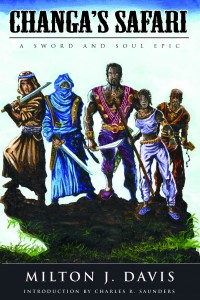 Milton Davis: Website. His books include Meji, Changa’s Safari, and Woman of the Woods.

Making the Grade with the Walking Dead

You may be wondering what inspired my ongoing series “Where are they Today?”  – postings which shed light on the doings of artists whose works, only a short generation or so ago, were prime targets for collectors.   Well, last year I stumbled upon a blog by the well-known mystery, romance, science fiction, and fantasy […]

In this week’s viewing: Kagewani gets around to updating us on the title character, The Lost Village is cagey about its protagonist, and more!

Plant-Based Shrimp is Coming to a Stir-Fry Near You