I was absolutely delighted when I received a review copy of the highly anticipated Dangerous Women. Dozois and Martin have produced a blockbuster anthology with an all-star lineup of authors. 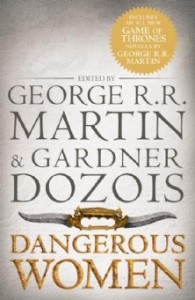 I was absolutely delighted when I received a review copy of the highly anticipated Dangerous Women. Dozois and Martin have produced a blockbuster anthology with an all-star lineup of authors. Let’s plunge right in! Below is a handy, spoiler-free, story-by-story cheat sheet with bonus commentary. Skip to the bottom of the table for mildly spoiler-y musings on the anthology as a whole, some discussion of dangerous heroines, and the answer to the burning question: Is Sam Sykes human?

Well! As you may gather from the table above, not every story in this anthology is about a dangerous woman. As a matter of fact, only four or so* of these heroines are really dangerous: they are the ones written by Abercrombie, Sanderson, Penman, and Martin. And Penman gets in on a technicality thanks largely to the Author’s Note at the end of her story. Still, I was standing up and cheering for her Constance de Hautville (a real historical person!), as I was for the other three named above. These three are, coincidentally or not, all set in secondary worlds.

Is it that difficult to write a dangerous woman in our own world? Even with the freedom to give her supernatural powers? On the evidence of this anthology, yes, it is.

I am actually rather nonplussed by the fact that a few of these stories don’t have heroines at all. They have femmes fatales. OK, I guess a femme fatale is dangerous enough, when she steals a man’s gonads (Lansdale), his sanity (Block), or his life (Rowland). But isn’t the point of this anthology to celebrate women who are, y’know, the stars of their own stories? Quite a few of the stories here are about men who have woman trouble. It’s not that these are bad stories—they just don’t seem to fit the theme.

Other authors in this line-up have interpreted “dangerous” with a great deal of latitude, taking it to mean “strong” or “in charge” or even just “unconventional.” Again, I didn’t dislike these stories. I was just hoping for more a**-kicking and fewer portrayals of gasp!! a woman who makes decisions. In 2013, I think you need to go a bit further than that to be considered dangerous.

My favorite story of the entire volume is probably Sharon Kay Penman’s. You may want to take this recommendation with a grain of salt, because I am a confessed Penman fan. (But you will be too if you give her stuff about the Angevins a try!) Occasionally Penman gets a bit too interested in her characters’ romances, but she never succumbs to the cliches of that genre. And here she has pulled off an absolute gem of a character portrait, bowstring-tense all the way through. Constance’s final act in this story is, for my money, the definition of bravery. She only qualifies as dangerous by reference to what comes after the events portrayed here, but she is an amazingly strong heroine, and feminine with it: her strength and courage are of a sort no man could imitate.

John C. Wright, the science fiction author, recently posted a multi-part essay on strong heroines. Wright discusses female characters in genre fiction past and present, and after about half a million words, concludes that demands for strong heroines are deceitful and amount to no more than a power play by the usual suspects. He advises writers:

Any female character can be accused of being weak. ANY ONE. The trick is
to have your female characters be good characters, having central roles
in the plot, and reasonable character arcs, and as many vices and
virtues as the logic of drama and your inner burning vision demand.

That seems pretty obvious! But only about two-thirds of the stories in Dangerous Women pass the Wright Test. Make what you will of that.

Though Wright refuses to condemn any type of female character on grounds other than pure storyfail, running through his essay is a distaste for female characters who are basically men in drag. I share that distaste. Reading Wright’s essay right after I’d finished Dangerous Women, I asked myself whether you could level this charge against Shy, the Abercrombie heroine, or Silence, the Sanderson heroine–who happen to be two of my favorites here (bar Martin’s, natch; but GRRM heroines are always wives, mothers, and daughters first and foremost). Well, either of these stories could have happened to a man. But they did happen to women. And both of these authors are so good at characterization that you couldn’t possibly change the pronouns and still have the characters work (always a useful thought experiment). All in all, Dangerous Women does an admirable job of presenting women who really are women, whether they are dangerous or not.

So, this anthology isn’t a no-hitter, but there are enough gems here to make it well worth the price of purchase. Value-for-money rating: four dollar signs out of five. 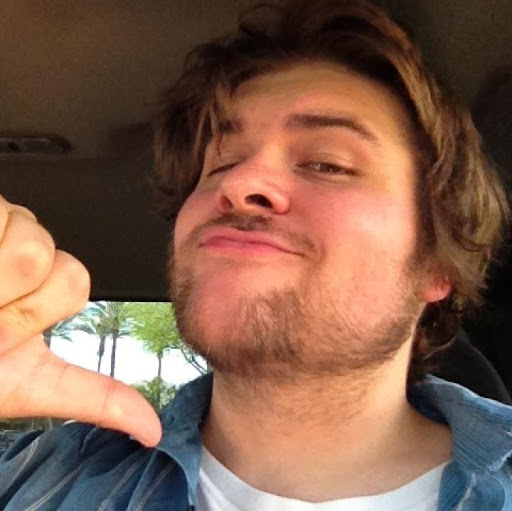 And now, the moment you’ve all been waiting for: we return to the question of Sam Sykes’ humanity! I have to say that on the evidence here, I’m unconvinced. He writes about the secretive faery race of shicts awfully well, you see. And he never says just what they look like, apart from the fact that they have long ears. There’s got to be a reason he wears his hair like that.

*Four “or so” because the Martin novella has more than one dangerous woman in it. I’m counting Rhaenyra as the main heroine here.

Do Zombies Dream of Undead Sheep?

Our latest fiction – and notes on accessing the magazine.

Are optimistic alternate histories, however, inherently implausible and can they serve a purpose in the genre?

The Goldfinch As Science Fiction

Science Fiction Books to Look For This Month – June 2019