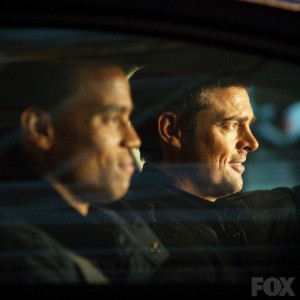 As the parentheticals state, I have a new favorite U.S. sci-fi drama. To anyone who’s read my previous postings it’s no secret that I’m an anglophile, through-and-through. Most of my beloved T.V. programs were conceived in the U.K. – Blake 7, Dr. Who, Torchwood, Red Dwarf, Being Human – to name a few. Most are strictly straight-up sci-fi but some venture into the paranormal, as well. And yes, some of the English series have been “recreated” for U.S. television, but most with abysmal results. To my great delight the Fox network, home to the former series Firefly, has done it again with a clever and inventive program – Almost Human. It’s the best new sci-fi show in my estimation in a long, long, time. Think Bladerunner meets C.S.I.

Executive producer J.J. Abrams brings to the small screen ALMOST HUMAN. The show stars Karl Urban, who Trekkies will recognize as the young Bones McCoy from the Star Trek franchise. Playing the part of his synthetic sidekick is Michael Ealy from Common Law. The series is a fast-paced police drama that takes place 35 years in the future. Real police officers are partnered with human-like androids.

Detective John Kennex is a police officer who survived a calamitous assault on the police department. He has been in a coma for 17 months due to his injuries. When he wakes up he doesn’t recall much except that one of his legs was blown off and has been replaced with a synthetic one, and that his partner, another human cop has been killed. Kennex suffers mentally, including rejecting his new leg. When he returns to work he is partnered with one of the battle-type MX-43 androids, even though he vehemently objects. The pairing doesn’t last long as Kennex shoves him out of the squad car and under the wheels of a passing semi. The department’s android technician, played by British actor Mackenzie Crook of the Pirates of the Caribbean movies, then pairs Kennex with Dorian, a DRN-0167 unit, an android who is created to mimic human emotions. Dorian’s emotional responses were thought of as flaws but it is through his imperfections that he is able to relate to Kennex all the better. 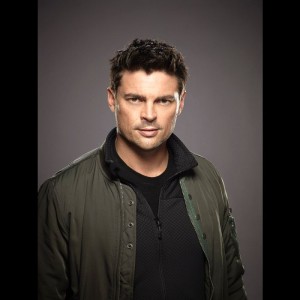 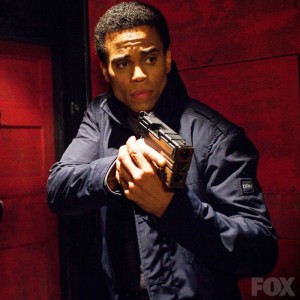 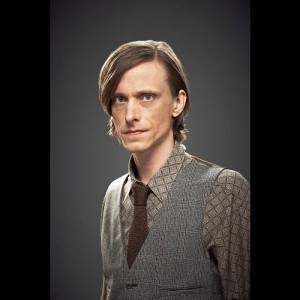 And in true Abrams fashion, not all is doom, gloom and explosions (even though there are some great weapons) in the future. 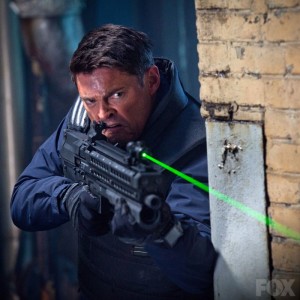 I laughed out loud at an exchange between Kennex and Dorian when Dorian senses that Kennex is attracted to another member of the department:

There are also plenty of touching, nearly heart-rending moments, like when Dorian watches as they put another synthetic “to sleep.”

This is a must-see program in my book.

Fox television has lots more information along with videos, pictures, and case files on the website.