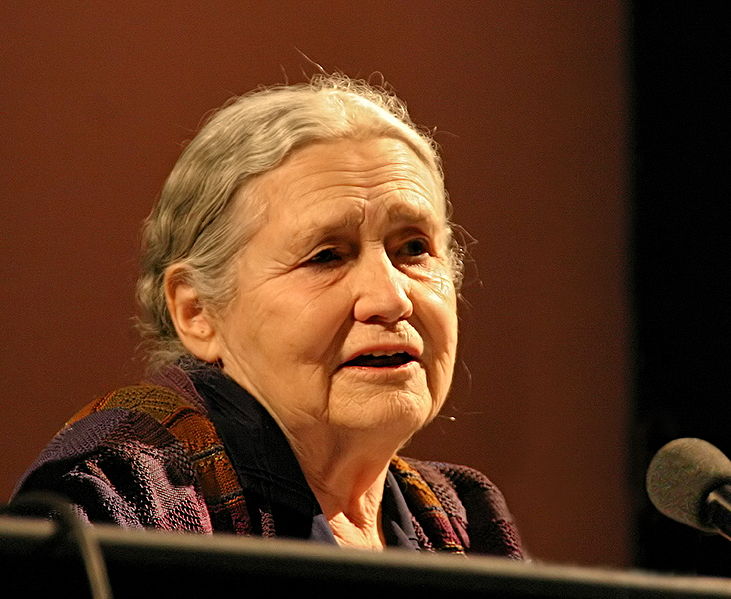 ‘Space or science fiction has become a dialect for our time.’

Doris Lessing might not be a particularly familiar name to Amazing Stories readers, but she was a remarkable writer who made powerful contributions to science fiction, as well as to the wider literary world. Indeed, Lessing, who died on Sunday aged 94 in her home in London, was unusual in being an internationally acclaimed mainstream novelist who unapologetically wrote SF.

Lessing authored over 50 books, was awarded the Nobel Prize for Literature in 2007, and will probably be best remembered for her epic The Golden Notebook (1962), one of the touchstones of 1960s feminism. However, in the 1970’s she began writing what became a five volume science fiction sequence, Canopus in Argus: Archives, which she considered to be her best work. This future history began with Shikasta (1979) and continued through The Marriages Between Zones Three, Four and Five (1980), The Sirian Experiments (1980), The Making of the Representative for Planet 8 (1982) and The Sentimental Agents in the Volyen Empire (1983).

Two of these books, The Making of the Representative for Planet 8, and The Marriages Between Zones Three, Four and Five later became operas, in 1986 and 1997 respectively, with Lessing providing the libretti, and Philip Glass writing the music. 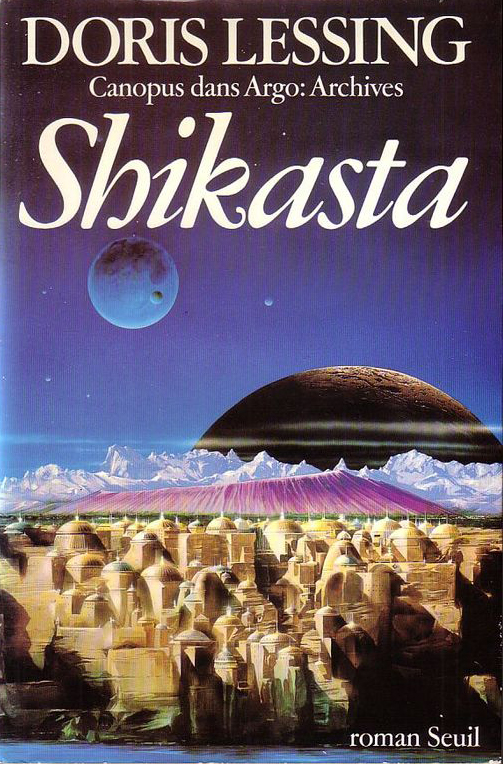 The Canopus in Argus books were inevitably attacked by mainstream critics, who argued that Lessing had lost her way. In an interview with Harvey Blume published in the Boston Book Review Lessing defended herself, ‘What they didn’t realise was that in science fiction is some of the best social fiction of our time. I also admire the classic sort of science fiction, like Blood Music, by Greg Bear. He’s a great writer.’ Unlike many mainstream writers who turn their hand to SF but deny doing so, Lessing was happy to acknowledge the genre, and attended the 1987 World Science Fiction Convention as a Guest of Honour.

On Lessing’s death Joyce Carol Oates commented in The Guardian, ‘For many, Lessing was a revolutionary feminist voice in 20th-century literature – though she resisted such categorisation, quite vehemently. For many others, Lessing was a ‘space fiction’ prophet, using the devices and idioms of the fantastic to address human issues of evolution and the environment. And for other readers, Lessing was a writer willing to explore ‘interior worlds’, the mysterious life of the spiritual self. ‘

The Golden Notebook had already explored themes of mental breakdown, but her 1971 novel Briefing for a Descent into Hell took things further into realms of ‘inner space’ the surreal psychological geography key to the New Wave SF of the 1960s as exemplified by that other London based literary subversive, J.G. Ballard.

Lessing’s 1974 novel, The Memoirs of a Survivor, which she described during her Worldcon GoH speech as ‘an attempt at autobiography’, fits well into the tradition of the British catastrophe novel through Ballard’s urban disasters and novels such as Christopher Priest’s Fugue for a Darkening Island (1972). In the wake of an unspecified disaster an unnamed woman cares for a teenage girl in a city where resources are becoming ever more scarce and law and order are breaking down. Lessing introduces an element of strangeness with a pet animal, Hugo, which appears to be a hybrid of cat and dog, and a series of surreal visions in which the heroine passes through the walls of her apartment into another  time, dimension or realm of existence.

The book was filmed in 1981 with Julie Christie and Dominic Guard, and Nigel Hawthorne in a supporting role. It was a modest success in the UK but is now very difficult, or expensive, to find in any format. It is nonetheless well worth tracking down for anyone in the mood for deliberately paced, enigmatic, art house science fiction.

With Mara and Dann (1999) Lessing returned to the African continent of her early life (she was born in Persia, now Iran, and lived in Rhodesia, now Zimbabwe, until her late 20s), but set her story thousands of years in the future and blended science fiction with magical realism. One of her last books, The Story of General Dann and Mara’s Daughter, Griot and the Snow Dog (2005), was a sequel.

Doris Lessing died on 17 November. In and out of genre, she was one of the great British writers of the second half of the 20th century.

Alastair Savage joins Achilles, Agamemnon, Helen, Paris and Menelaus before the walls of Troy as he embarks on a self-publishing odyssey.

I’m just Superman. Cosplayers of color discuss their efforts to fit in and gain acceptance.