I like to think I’m not the type of anime nerd who would bully others into watching only subtitled anime; I actually think that dubbing is quite effective when done well.  But there is a point at which certain shows are legitimately better in the original language, but only because the dub is so far removed from the original intention of the anime.  I touched upon this briefly in a post I wrote months ago, “In Fear of Dub: How Should You Watch Your Anime?”, but there is plenty more to be said on the subject.

The intention of many companies that license and distribute anime in the West is to reach out to an English-speaking audience.  This being the case, they often change key elements – such as the characters’ names, the types of food they are eating, or even – in some extremely frustrating cases – the characters’ genders or the nature of their relationships with each other.  This is not a secret to those of us who were around for the initial onslaught of such franchises as Pokemon and Yu-Gi-Oh!, but it is disheartening.  Beyond not receiving the story in its intended form, there are some serious flags raised about perpetuating a Euro-centric and ignorant viewership here in the States.

Anime is Japanese.  It is, very frequently, about Japanese characters in Japanese settings going about everyday Japanese lives.  I realize that the characters do not look distinctly Japanese, and there is a lot of theory about why that is the case; regardless, anime are positively inundated with Japanese references, even when they are set in a fantasy world or another country entirely.  It is extremely difficult, as a creator of any sort, to escape your culture.  So by changing various aspects of an anime (like turning dumplings into cookies and rice balls into doughnuts, for example), a show becomes distanced from its point of origin.  Dubbers seem to be under the impression that an American audience – and its usually an audience of children – simply cannot stomach anything outside of their cultural understanding.

Perhaps changing random food items is harmless enough to a degree (though I would argue very strongly that “rice ball” is not a vastly foreign food item for an American child).  But what happens when we change a character’s name, thus also changing their identity – and, inevitably, their race?  Let’s take the character Katsuya Jonouchi from Yu-Gi-Oh! as an example.  In the 4Kids dub, his name is changed to Joey Wheeler and is endowed with a ludicrous Brooklyn accent.  I don’t actually mind very much that his name was changed to Joey; in the original manga, he often had game characters or avatars that he called “Joe.”  But it’s worth mentioning that “Jonouchi” is actually his last name in the original, and it is very common in Japan for people to go by their last names.  The real zinger for me here is that his surname has been changed to “Wheeler,” firmly placing him outside of Japan and outside of a Japanese context, stripping him of his race.  It makes me feel as though the companies making these calls believe that the white, middle-class American children (mostly boys, or so they think) watching this show cannot possibly identify with someone whose name is so vastly different from theirs.  This isn’t just Joey’s problem; Hiroto Honda is changed to Tristan Taylor, Anzu Mazaki is changed to Tea Gardner, et cetera. 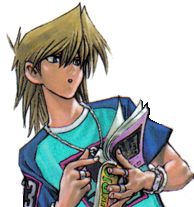 I’ve mentioned in the past that licensing companies also tend to take on titles intended for an audience older than they assume.  In cases like this, the series will get bastardized beyond comparison.  The only real example needed here, I think, is One Piece.  I’m going to pick on 4Kids again, mostly because they were the major anime licensing company when I was growing up, and also because they really dug their own grave with One Piece.  They had the decency to keep the characters’ names this time around, but because the show is so extremely violent, and has such intense themes of loss and ambition, they had to water the script down to a shallow cesspool of buffoonery.  The seriously cool character of Sanji became full of goofy laughter and his signature cigarette was replaced with a lollipop.  When the character Nami faked a murder, she spoke aloud the entire plot while enacting it, so as not to leave the audience with the impression that an actual murder happened for an entire episode.  Needless to say, even American audiences couldn’t stay interested, and the single most popular title in all of Japan became a major flop in the States, later being picked up and redubbed by the acclaimed Funimation.

All of this name-changing and script-altering is especially challenging when you consider that the companies who license manga in the States are frequently striving to have as seamless and true a translation as possible.  A child who is interested in the anime will eventually find their way to the manga, especially in the heyday of Shonen Jump, who would award subscribers such gifts as free Yu-Gi-Oh! cards and pull-out posters.  But the company running Jump, Viz, has been consistently excellent in translating as true to the original as possible, even taking a page out of Tokyopop’s accuracy bible and printing volumes in the original right-to-left format.  If we can expect young people to read “backwards” and take in Japanese names in print, why is it so challenging to give them a little bit of context with their anime?

When I was watching the show Mononoke (with subtitles), I had to wade through a mire of Japanese Edo-era mythology and history.  At the end of many of the episodes, the subbers would provide a paragraph or two about the major themes that would have little or no meaning to a Western audience member.  They also conveyed the idea that Japanese mythology and history is vast and complex and cannot be watered down to a single paragraph.  Manga frequently does the same thing, where they will flag a word or a phrase and, either at the bottom or side of the page, provide a brief explanation for readers of the Japanese context.  It’s not a perfect system, perhaps, but it does help identify that as a consumer, you are consuming something outside of your personal cultural understanding and that it’s okay not to understand everything all at once.  Anime and manga provide a great opportunity for one to push beyond their cultural barriers and become immersed in something new that is still relatable, without othering the country of origin.  But through problematic dubbing practices, an American audience is force-fed ignorance and lack of tolerance for other cultures, reducing especially child audiences to taking their own cultural practices for granted as “normal” and “correct.”

Thankfully, as anime fans grow older and become more aware, licensing companies have a lot to answer for and are becoming more responsible with their licensing and dubbing.  My recommendation, then, wouldn’t be to not watch dubs; in fact, I often think that a really great dub is better than subtitles because then you can focus all of your attention on the actual show without having to worry about reading all the dialogue.  My advice, rather, would be to judge carefully which dubs you watch, and understand that if a show is entirely unenjoyable to you in English, its likely that something crucial was lost in translation.