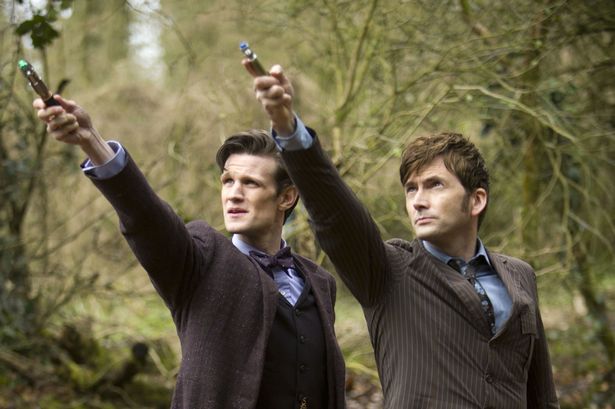 At the weekend the Doctor Who 50th Anniversary episode finally arrived and it was epic. Everyone around the world could watch it live at the same time. We had three Doctors, spanning 400 years, with three different Sonic Screwdrivers in one episode, working together. We even saw the other Doctors at the end along with a glimpse of the next Doctor, Peter Capaldi, albeit just his eyes.

Peter will officially be making his first appearance at Christmas. I am really excited about seeing what he brings to the table and of course the infamous look of his fashion style and the Tardis.

My favourite thing about the 50th anniversary episode was having David Tennant back. He was always my favourite. It was also great to see Rose back although no interaction between her and Tennant did leave me a bit disappointed, as a Doctor and companion I think they had one of the best relationships.