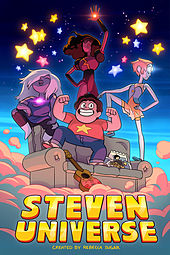 With the Sailor Moon relaunch just a few months away, I seem to be seeing an onslaught of magical girls in the media. Whether the relaunch is the catalyst for this or not, I don’t know, but this sudden increase in feminine fighters leaves me both pleased and bewildered. Even as I type this, my Tumblr dashboard is covered in .gifs and screenshots of Steven Universe, the first Cartoon Network show to be created solely by a woman, Rebecca Sugar. Despite the fact that the titular character is in fact a boy, he is part of a team of gem-themed magical girls called the Crystal Gems. So we even have boys getting in on the magical girl action.

Hailing from Frederator Studios and the Adventure Time series, much like Rebecca Sugar, Natasha Allegri has created an animated short called Bee and Puppycat. The young female protagonist, Bee, has stumbled upon a mostly-cat-like entity known as, you guessed it, Puppycat.  Puppycat appears to have come from another universe, for he drags Bee along to “fishbowl space” where the two destroy a monster while clad in pink-and-white space suits with magical bell collars.  Steven Universe is a great example of an entire group of 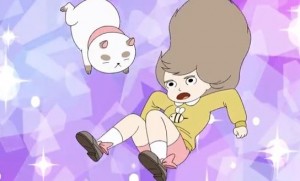 magical girl fighters, but I’m far more excited about the idea of Bee and Puppycat becoming a full series.  Bee is a delightful and relatable protagonist—not to mention a hilarious one.

It’s not just the American cartoon market that has gotten their hands on magical girls, however. Early last week, Internet Explorer released this video on their YouTube station. That’s right, IE has a new magical girl mascot, and her name is Inori Aikawa. Personally, I hope this means that other internet browsers will respond in kind and we can have epic animated magical girl battles.

Of course, Internet Explorer’s last ad was a nostalgic reminder of the 90s, and it seems to me that this resurgence of magical girls is also a part of that movement. Sailor Moon, CardCaptor Sakura (better known as Cardcaptors in the States), and
Revolutionary Girl Utena were all licensed, dubbed, and distributed Stateside during the time that my generation, some of the 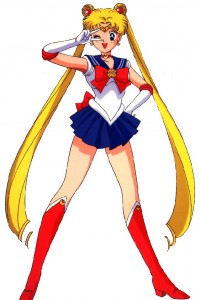 newest adults and consumers, were growing up. I think that, slowly, the 90s are en vogue again, and the media is responding in kind. It’s also worth pointing out that the women behind Steven Universe and Bee and Puppycat are in their late twenties as well. Write what you know, right?

I think, also, that we are reaching a turning point in terms of awareness. It is more obvious than ever that viewers want female characters who fight on their own terms, and magical girl anime has always been a great venue for young girls to see others not unlike themselves who were simultaneously “average girls” and also wielders of great power. Once again, the 90s were great for girl power, and that ideology seems to be coming back full force.

Personally, this trend excites me immensely. I’ve already dug out my Sailor Moon pillowcase and dolls in preparation for the much-delayed relaunch of my anime gateway drug. I can think of nothing better than exposing a new generation of young people to the radical notion that girls can kick serious butt and also dream about romance and wear frilly dresses. Sign me up for the magical girl revolution!