The conversation got me thinking about heroes and what characteristics are expected of a hero from generation to generation. 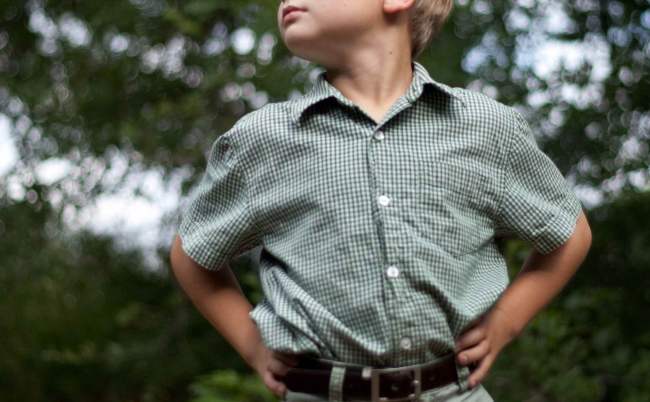 I was talking with an old friend the other day, author G.W. Thomas, and we were talking about heroes.

The topic came up because he had just seen the most recent Marvel blockbuster movie, Thor: The Dark World. His problem was with the muscle-bound, simplistic nature of Thor’s character.

The conversation got me thinking about heroes and what characteristics are expected of a hero from generation to generation. The heroes of the early part of the last century, for instance, in the era of the pulp magazines, do not have the attributes that we expect of a hero today. The earnest and stalwart do-gooder of the 30s and 40s would be laughable today. A hero who hit all the right notes, who believed wholeheartedly in God and Country, had no doubt about the rightness of his quest—no self doubt whatsoever—would not play in today’s entertainment market. A hero like that would be laughed out of theaters, unless he were played for laughs à la the 1960s Batman. One could not earnestly portray a hero like that unless he were a comic foil or he turned out to be some sort of fraud.

Of course, there are exceptions, one being Captain America.

Captain America: The First Avenger, the big-screen adaptation of Stan Lee and Jack Kirby’s creation, is exactly that old model of hero; earnest, stalwart, and true. We accept that kind of hero (ably portrayed by Chris Evans) because most of the film is set in that era. We further accept him in Marvel’s The Avengers because he is depicted as a “man-out-of-time.” He is the stranger in a strange land of the 21st century. His most obvious foil is Tony Stark (played by Robert Downey Jr.), who is arguably one of the most flawed heroes in Marvel’s pantheon.

Indeed it was the Marvel oeuvre itself that created the flawed hero, the hero with self-doubt. Marvel’s heroes were a contrast to all other comics’ heroes—straightforward and stalwart heroes like Superman and Batman—precisely because of the times in which they were introduced. The world in which the Marvel heroes were rolling out was in a time of change and even crisis. They came out of a time of self doubt and muddied moral waters. They are closer to our modern day expectations of heroes than those from the 30s and 40s.

Even today, though, none of these heroes can be translated to the 21st century screen without some modification. Audiences today expect their heroes to have moral ambiguities. They cannot relate to a hero who feels he is right and has little to no self doubt. In real life, people like that are not considered heroic. Indeed, public figures who represent themselves as morally unambiguous are usually suspect, if not of outright fraudulence then certainly of mental instability.

It is (or was, prior to the post-modern sensibility) expected of a hero in a story to have at least one “fatal flaw” that prevents him from accomplishing his goal. As a modern story unfolds, the character arc cannot be complete until the hero recognizes and overcomes that fatal flaw and succeeds—or doesn’t, and fails, although few modern movies choose that option. The older hero without that “fatal flaw” is no longer welcome in today’s storytelling landscape, at least not as a hero to be taken seriously.

Even the most decent of “decent guys” (and I include women in that description, despite using the appellation “guys”) are not going to be believable as characters without at least a few warts. The straightforward and stalwart man or woman who has a fully working moral compass and an unwavering set of principles may be welcome in our neighborhoods or our workplaces or in our families, but is not very interesting as a character in literature.

Case in point: with the recent Thor movie (which, admittedly, I have not yet seen) the most commonly heard criticism—sometimes reported with little or no criticism at all—is that the film’s antagonist, Loki (as played by British actor Tom Hiddleston), is far more interesting than the film’s hero, Thor himself.

This is not a new observation, of course. In Milton’s Paradise Lost, the character of Satan is far more compelling than the characterization of God. As religious figures, God is good and Satan is evil, but as literary characters, God is a boring prig and Satan, a tragic hero.

Oddly enough, one of the heroes from a bygone era who is still a viable hero today is Arthur Conan Doyle’s Sherlock Holmes. Holmes, as depicted in Doyle’s novels and short stories, is a hero with many flaws: arrogance, self involvement, drug addiction, and others. Indeed, it is only Watson who fulfills the role of the stalwart (he is often described as Holmes’ “stalwart companion”). The fact that Holmes is as popular today as he was when he was first introduced in the late Victorian era (as evidenced by the considerable fan base surrounding Benedict Cumberbatch’s interpretation of the character in the BBC’s Sherlock and Johnny Lee Miller’s turn in CBS’s Elementary) makes the case that Holmes, more than any other hero from his time or after, is a hero who is timeless.

For the most part, however, different eras have different heroes. What was heroic to our grandfathers seem silly and outdated to us today. The heroes that our grandchildren will admire will likely be just as alien and, perhaps, even morally repugnant to us. The only thing that is certain is that people, no matter when they lived or will live, from the distant past to the far flung future, will always have a need for heroes. Be they stalwart, true, and straightforward, or flawed and morally muddied, each time will have the heroes that they need.

How do you get inspired when you want to write?

It reminds me of watching the Incredible Hulk when I was growing up. Bill Bixby was awesome, but I wanted to see a green-painted Lou Ferrigno tearing stuff up

Playing the Short Game: How to Sell Your Short Fiction (Part 20 in series)