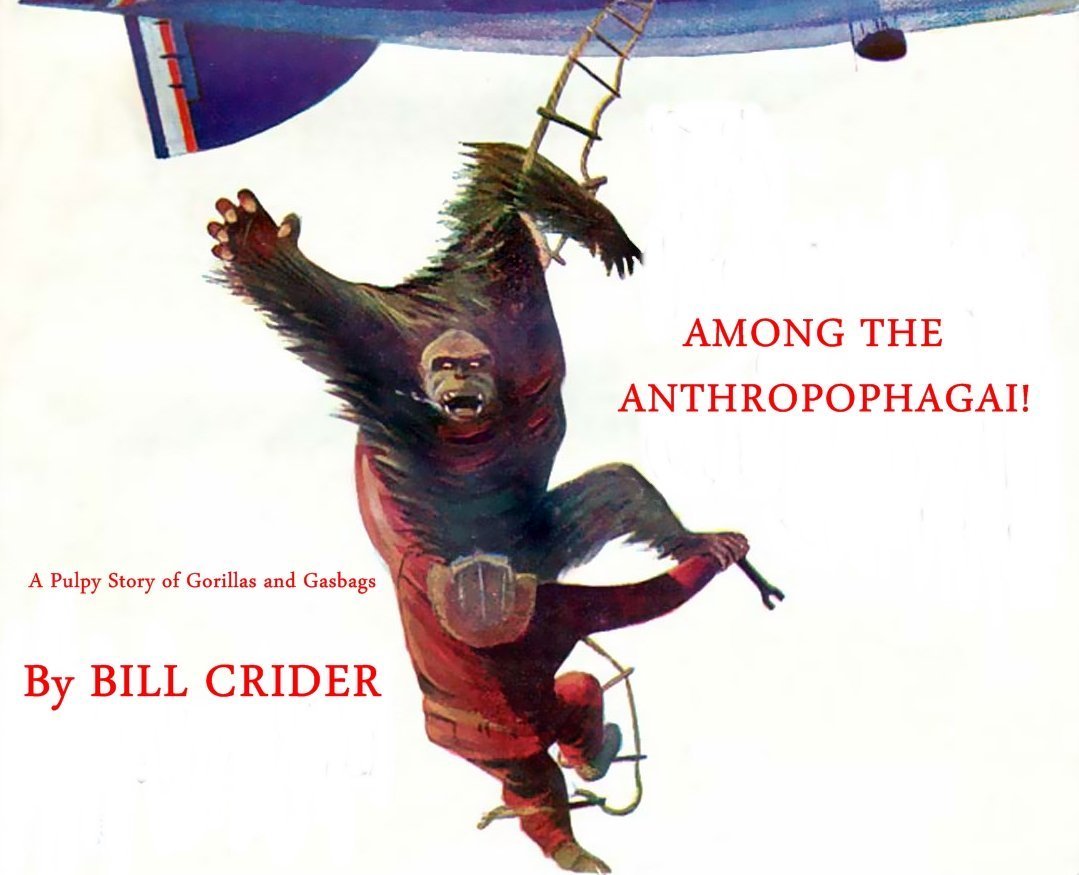 After focusing on horror and Halloween topics for the last six weeks, we’re shifting directions with a good dose of old fashioned pulp adventure.

Bill Crider is best known as a mystery writer, particularly of the Sheriff Dan Rhodes series, but he writes in multiple genres. From time to time he turns his hand to fantasy and pulp related adventure, and when he does we’re always in for a treat.

Among the Anthropophagi! is a fun tale about a pair of adventurers in the 1930s who explore the Impenetrable Forest of Bwindi. Robert Hawkins is the intrepid explorer and Caleb Brown is his longsuffering sidekick who functions as narrator.

They set out to explore this forest because Hawkins thinks the region is home the Anthropophagi. Mentioned in Othello, they are said to be cannibals with their heads below their shoulders. Hawkins is convinced they’re more than myth, and he drags Brown along to help him prove it.

To penetrate the Impenetrable Forest of Bwindi, they use a zeppelin. After the pair and their companions reach the forest, the action moves swiftly with the pace of a good pulp jungle adventure. The only difference is the level of wit on display here is far superior to most of what you would have found in a pulp. In fact, it’s the wit and dry humor that made the story so enjoyable for me, especially the scene with the snake. Now I love a good Anthropophagi tale as well as the next person, but you have to admit most of the ones you’ve read probably don’t elicit a chuckle.

Crider uses a framing device in which an unnamed narrator (presumably Crider himself) is commissioned to help an elderly Chambers write his memoirs from his diaries. But before the writer can complete the task, Chambers dies. The story is presented as part of a larger, incomplete work.

This story is only available as an ebook. Overall, the formatting was good and professional, although I did find a few typos. That being said, I thoroughly enjoyed Among the Anthropophagi! and hope more adventures of Chambers and Hawkins will follow. This one would be a bargain at twice the price. (No, Bill, that doesn’t mean I’m going to send you more money.)

If you like pulp style adventure, you’ll want to check this one out.