Home Writing A Matter of Fact – Getting it Right 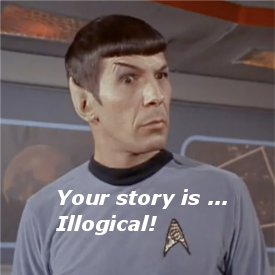 As a reviewer of science fiction,there may be nothing worse than reading a story only to discover the author ignored the important element of plausibility.  Just because the work is fiction, it does not give one the artistic license to shirk on the facts. Like the time it would take to travel to the Moon in 1969 or the gravitational effects on space travel, it all matters if readers are to believe the story. If done correctly, an author can get away with just about anything as long as he/she provides a plausible explanation. Otherwise it is just fantasy, at which point the author had better have told me some kind of magic was involved.

Some writers can get away with a little cheating, but if the readers know the ground rules going in, then all is usually forgiven. S.M. Stirling ignores a lot of what we know about the planet Venus in The Sky People, yet he embraces the pulp culture of the 60’s by simply insinuating the ever popular “what if” and thumbs his nose at the facts. We know this going in, it worked, and the story becomes credible.

So, where can authors go to get it right?

In writing, fact checking can be daunting for science fiction, especially when you’re trying to imagine the impossible. But just as in every genre, if the author does not pull off the illusion, the reader will sense the fallibility of the story. If this happens, the audience will be lost…in more ways than one.

So, do we turn to the internet for references? Sure the World Wide Web is far reaching and can provide a plethora of sources. But the value of the information is determined by and limited to the reliability of the source. And even then, you must confirm the information hasn’t been compromised by outside sources. Sure it’s easy to get to, but it’s a dangerous tool and must be used delicately.

Do we turn to the library? Now here is an abundance of resources. It might be old-school, but I’ve found this to be the most dependable route. I always said that if I had to plan the perfect lair for an evil villain, it would be in the bowels of an old library. If you can build a strong working relationship with a reference librarian, you’ve discovered a gold mine.

Maybe we can contact an expert. Getting information straight from the source is perhaps the most reliable avenue, but it may not always be the most accessible. A couple years ago my son had an ambitious science project for school about FTL, time travel, and invisibility. He wanted the simple facts but soon realized that his resources were limited. Well, that is except for the numerous works of fiction on the market. The only living physicists that HE knew of who had works regarding the topics were Stephen Hawking and Michio Kaku. Determined, he tried to contact Kaku through his web site but was unable to get a response (he didn’t know how to get in touch with Hawking).

Sometimes, finding a source is a matter of luck. One night while watching the CBS sitcom The Big Bang Theory on DVD, my son saw a credit for David Satzberg, Professor of Physics and Astronomy at UCLA. After a quick search on the campus website he found the professor’s e-mail address and sent him a note with a list of questions about his school project. Before the end of the day, he had already received a reply back from the professor with detailed answers to each of his questions. Not only was the response in a language suitable for a middle school aged student, he also included some humorous insights on the subjects as well as how some of the subjects were approached on the television show. I think Professor Satzberg gained a fan for life that day.

It should also be noted that getting it right is not limited to just the technical details. Personal perspectives are also important to story cohesiveness, and many authors are not always able to make site visits. As of late, I’ve noticed an increasing trend of authors using social networks as a source of information. It’s not unlikely to see pleads to followers, seeking information about particular locations or events. Though not as strict as fact checking, this kind of familiarity goes a long way in convincing readers of believability.

If you want to ask your science fiction readers “what-if” and expect them to believe, every detail needs to be plausible. Unless you’re an expert in the field, you need to approach the story like a school project and find reliable sources. I would be very interested in hearing about other resources writers use or have used. After all, science fiction fans are passionate about their genre, and if you don’t get the facts right, then you’re just living in a fantasy.