Can indie authors – truly indie – be treated as artisans? 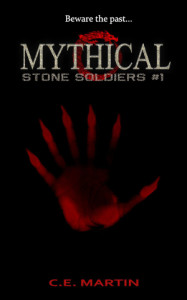 For the last year and a half now, I’ve been trying my hand in the Independent, self-publishing world online. It’s been a very interesting experiment, and I’ve learned a lot. But the one thing that really stands out to me is the air of aloofness I’ve seen.

Traditional publishers, literary agents and even authors seem to look down their noses at the Indie movement. They equate Indie with Amateur, and poor quality. Of course, they are quick to jump on successful bandwagons like Hugh Howey, who make the jump from talented self-publisher to highly-paid traditional author.

But the traditional crowd aren’t the only ones to sneer. The Indies do it too. In particular, one of the most common things I read again and again is successful Indies declaring that you won’t sell books if your cover isn’t done by a professional. I find that to be a straw man argument. I mean, “professional” means you’re paid to do something. If the book is selling, and if the core of book sales is the cover, isn’t the 100% DIYer now, technically, a professional cover designer?

Moreover, just because a traditional publisher paid someone a lot of money to do the cover for one of their upcoming books, doesn’t make it good. Good Show Sir is a website that revels in awful covers on a daily basis. We’re talking spectacular crap that undoubtably only made sales due to shelf placement in book stores or perhaps Author Name-recognition.

But the Indies swear by professional covers. They also swear by professional proofreaders and editors and formatters. In fact, it seems a great many Indie authors basically don’t want you to do anything but write. I used to chalk this up to a lot of cover designers, proofreaders, editors and formatters lurking in the writing forums like sharks waiting to be fed. But now I’m not so sure.

Just today, as I write this, I started an innocent thread at the most-helpful writing website known to (this) man: Kboards. I simply asked who was 100% indie- meaning who does stuff entirely on their own. I even qualified my statement by explaining I simply don’t have the money to gamble on covers and dotting Is and crossing Ts.

Wow. What a backlash. Quite simply the unfriendliest response I’ve ever gotten over there. And it’s a cornucopia of friendly, knowledgeable people. Normally.

What does all this mean for you and me as Readers? Should we buy the hype from the traditional world that Bigger is Better? Should we only patronize Indies who act as project managers and put together books in the same manner as “Small Presses”?

Yes, I can see that a professional cover might have a better chance at luring in readers. A professional blurb, by someone skilled at writing them, might also work wonders. And, as a reader, I can only take so many typos- whether it’s a Big Six paperback, or a Kindle Indie work. But what really led me to my book purchase? 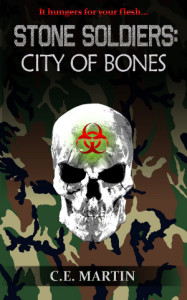 It simply doesn’t matter how much money you as an Indie, or as a Traditional Publisher, pump into a book. If I don’t see it, I can’t buy it. And that’s where marketing comes into play.

In the old days, I’d journey into a bookstore and of course I’d see the prominently-displayed books first. If they didn’t appeal, I might go on a spine-reading quest, my head tilted to one side until I got a crick in my neck.

Today, it’s all online. I can pick genre’s by webpage, instead of aisle. I can look at covers with the flick of a finger or mouse, sitting comfortably in one place. But in the end, I’m only going to look so far. Eventually, I’ll tire of searching. I won’t likely look at three dozen pages of books to pick one out.

I can prove that marketing works. On months I do nothing with my own writing, I barely make any sales. On months I tweet, or maybe get a book review, or even pay for an ad, I sell a few dozen copies. That’s a huge jump in sales for me. And all with the same cover, the same DIY proofing and editing.

This saddens me, both as an author and as a reader. It saddens me because it means there are many, many works out there that I might truly love, but that I’ll never see, because the Indie Author who’s uploaded their work is like me and can’t afford “professional” polishing services. They’ve had to work as an artisan does, crafting their work all by their lonesome. They have to depend on luck to make their sales, hoping word of mouth will one day spread the word, or some advertising sugar daddy will take up their cause.

There’s no way around this, other than to suggest readers dig a little deeper when searching for gold. And we are all the poorer for it.

Review: The Colors of Space

Like going on a brewery tour, except at this farm, the vats are full of meat.