Steven Hobbs encourages us to look to the skies. 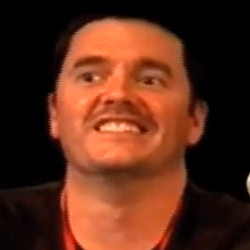 Steven Hobbs lives in Australia, has a degree in graphic design, is a professional photographer and has been painting from a very young age.  His works have been used by NASA, the National Geographic Channel, Science Magazine, Design Graphics, The New Sky & Space Magazine and also Weldon Owen Inc.  Steven tell us:

Starting at just 100km above our heads begins the most bizarre and fantastic realm in human experience – space. Wheeling through the sky 24/7 lie worlds incredibly different and stupendously distant from our own, though rarely given a second thought in everyday life. Except for our nearest neighbour, the moon, no human has ever visited these places. However the mind is free of these restrictions and can travel “virtually”, particularly when supplemented by 50 years of robotic exploration of space. Through imagination, backed by the latest scientific data, space artists are able to depict visually what so far remains barred from human physical exploration.

For as long as I can remember I have had an avid interest in all things space. It was difficult in those early years in outback Australia and before the age of the internet to pursue much in the way of astronomy but I spent many hours in the local library to find out what I could from NASA publications and space books. I had to wait until attending university before I could afford to buy my own small telescope (a home built 5 inch reflector purchased from a friend) and look into the night sky myself. It is very hard to describe the feeling you get when you see the craters on the moon or the rings of Saturn with your own eyes through your own telescope for the first time. Even though on a reasoning level I knew these worlds existed, it wasn’t until I actually saw them that they became real places for me.

About this time I started painting space scenes using oil paints. I preferred this medium as its slow drying time allowed the forgiveness of many mistakes, and colours never faded over time. The first space painting I ever did was a crude view of the crescent Earth rising from the moon, a view that no human eyes have witnessed for over 40 years. I produced many more works in oils, practicing and improving my technique. I sometimes exhibited my paintings in local shows, though was never game enough to try any of the local art galleries. I reasoned that it would look very odd to have one of my Saturn paintings displayed in a gallery full of paintings of rustic farm scenes.

One day, while browsing through a local book store I chanced on “Visions of Space”, a book showcasing space art from the International Association of Astronomical Artists (IAAA). I was amazed that such an organisation existed, and whose membership included producers of space art that had inspired me to pick up a paintbrush, such as Ron Miller, David Hardy, and many others. I wasted no time in finding out as much as possible about the IAAA, and became a member shortly after. It was (and still is!) fantastic to be in contact with like minded artists, despite the vast distances between us (I think I was the first Australian to join).

As technology advanced I retired my paints in favour of the digital canvas. This was timely, as I was developing allergies to the smell of oils and paint thinners and lugging around dozens of paintings was not fun. Although there is a certain nostalgia in smelling the fumes of paint thinner and the sound of airbrushes purring to craft a work just so, digital techniques give me much more freedom of creation than traditional ‘wet’ media. I remember much lively discussion and debate in the IAAA and visual design community in general about the impact the digital revolution was having on art and whether it would be “better” for artists to stick with brushes to create ‘real’ artwork. This discussion is of course ongoing over a decade later and I have had my share of art galleries turning their noses up at digital art and saying that computers had done all of the creating work. Of course none of these well wishing “experts” had ever visited my studio or actually witnessed the many hours to days required to create exhibition quality digital art. In addition many artists combine traditional and digital techniques to create a unique blend of art, further complicate the traditional versus digital debate.

For myself I exclusively create my art using digital techniques, as well as expertise gained through postgraduate research in planetary science. I use several programs to create my images. I use Lightwave 3d for modelling and rendering, Terragen for landscape generation and Photoshop for any required post- production work. Digital media also allows me access to creating animations, opening up a whole new means of visualizing space. Animations are fun, though I find they are much more difficult to create than still art. My animations and still artwork is regularly used by NASA, as well as planetariums and museums. I am also commissioned for illustrations in books and magazines and have finally exhibited my work in venues that not only accept but promote space art.

Through my artwork I aim to present visually what for most people are just hazy blobs in telescopes or even just points of light in the sky. I find this particularly important during these challenging economic times. I am also mindful of the recent passing away of great pioneers of astronomy and space exploration such as Sir Patrick Moore, Neil Armstrong, Scott Carpenter and Bruce Murray. The loss of these giants of exploration has also come at a time when six people are permanently in space and dozens of robotic probes are actively exploring the universe right now. I want to continue to inspire people look up and appreciate the beauty of the sky above and possibly even for future generations to explore it for themselves.

The Artful Collector: On Iconicity in SF/F Art: Aren’t You Tired of Dragons, Robots and Monsters?

One of the first things you learn as a traditionally published author is that you have very little control over a great many things about your books. Cover design, format (hard cover, trade paperback, or mass market paperback), price, and even the title are not yours to dictate. These are decisions that greatly affect the […]

A preliminary scouting report on LoneStarCon3 – including a report on the winners of the Chesley Awards for fantastic art.

Legion M and the Saturn Awards!

The Floor is made of Lava – The Future of Moonbases

Scientists May Have Solved Mystery of How Martian Moon Got Markings